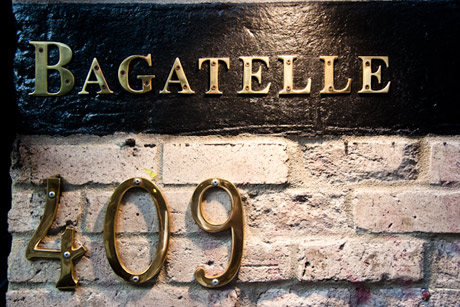 Art. What is it? Why collect it? What’s it worth, what does it all mean and who’s a must have and who’s not? These are some of the questions often being mulled in the back of any prospective art collector, dealer and attendee at the many gallery openings which are a stone throw away as we approach the fall season. That said at the behest of our dear friend Bettina Prentice of Bettina Prentice Communications and art world doyen we were led to the very intriguing and particularly nuanced Ms.Liz Parks (herself her own particular doyen) who on a sultry Wednesday late afternoon sat down with us for dinner at the equally dashing Bagatelle restaurant on West 13th street.

For those who don’t know Ms.Parks is one of those rare individuals (alas always in short supply) who can countenance rationality, madness and the appreciation of abstract notions as well as the immediate sensibilities directing and informing the art market- particularly Blue Chip and Emerging artists. Hailing from a distinguished background as once a director of operations at the eponymous Leo Castelli Art Gallery and art sales media for ‘Art Net,’ Ms. Parks has suddenly at the behest of clientele that came chasing after her has become lauded as the one of the must to go to set when it comes to acquiring art. That said I was intrigued and set out that late afternoon to find out indeed what makes for good art, value and where it’s all going. 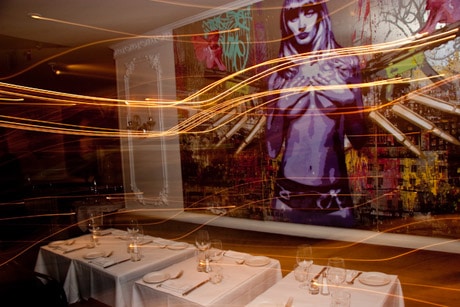 SCV: What struck me interesting was the day before our meeting the NY Post ran a rather catchy article about an artwork by Gavin Turk called Brillo 5. Ostensibly it’s a bronze reproduction of an empty box and of course the Post wants to know why it’s worth $30 000. So let me ask you again why is that piece commands such a premium?

LP: Well, while you’re at it why does a Chanel dress command the premium that it does? It’s a perception game, it’s a one of a kind and ultimately the demand exists. Nothing ends up being worth what it is unless there is some sort of inherent demand for it.

SCV: Granted, but what’s driving these people to demand an empty bronze box?

LP: I think it’s a question of appreciating what’s preceded this particular work. Art doesn’t exist within itself. It so often exists in context to what’s already out there, the history, the legacy of the artist, the movement itself and so often the actual quality and physical one of a kind attribute that the work represents. I think if you take this things into account a more rational discussion can be had on what on the surface appears irrational.

SCV: So what is it exactly that you do? Would it be correct for me to say you’re a kind of high brow personal shopper, except instead of shopping for clothes you’re shopping for art.

LP: In a way I am a kind of personal shopper, but really what I am is an advisor to people who are serious in building an engaging collection and I am there to help them assess trends, what’s current, what’s out there, who’s got what they may be looking for and to steer them to investments and acquisitions that ultimately they have to be very happy owning.

SCV: Ok, so educate me. I’m in the art market and I want to buy some new art.

LP: Yes, work that tends to retain its value, has been established and noted benchmarks in the art world exist. 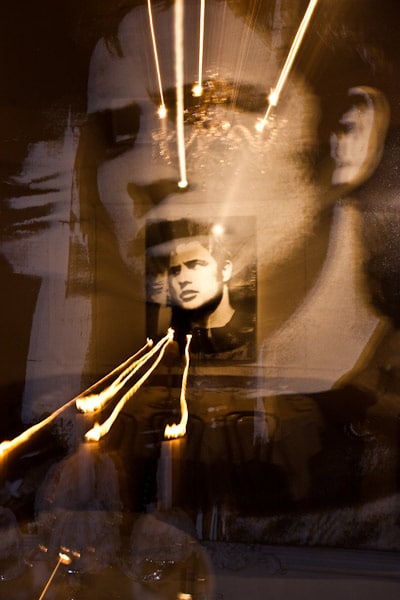 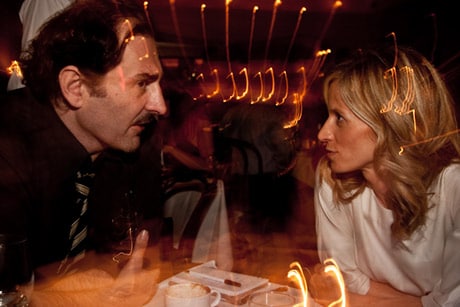 LP: These are usually works by artists with MFA’s …

(I stop her there)

LP: It’s not exclusive, but a certain criteria seems to take hold, it’s a kind of kicker to ensure viability. They are often being exhibited by highly regarded galleries and they’ve already had some solo shows.

SCV: I’m curious how does an artist in the current climate even get a gallery to represent them?

LP: They usually don’t. The art world is a very closed one, quite insular, ultimately it’s about the investment one makes in knowing the players.

SCV: So a new artist just can’t walk unsolicited and demand that he be represented?

LP: Not anymore. It’s referral and really if the artist really wants it he will get in the business of meeting people who can help him. Ultimately the idea of selling art is a very personal one. It’s not something like going to buy a new dress at the mall, in this instance, the dress maker, the seamstress, the distributor, designer and the client ultimately all know each other.

SCV: I’m getting the strong sense that you are in a very enviable position. Ultimately someone like you is a facilitator, a patron of the galleries, their inner workings, a point person who knows who’s hot, what’s showing and where it’s happening. Tell me given all that isn’t a buyer still just rolling the dice?

LP: Let’s just say he’s been fully informed of the odds, the nuances and the current market tolerances.

SCV: Does it help to be an artist oneself to assuage good work?

LP: That’s like asking does one have to be a Henry James to appreciate a good novel? Not necessarily, I think the ability to appreciate what led something to this point is certainly very important. Personally I’ve been in the business for over 16 years, and by now I have been able to hone my eye, assess whether something is compositionally strong, relevant.

SCV: Which are some of the galleries you respect?

LP: I think Schroeder Romero, Nicelle Beauchene are wonderful, they have a good curatorial policy, a good stable of emerging talent. On the high end I really like Yvon Lambert,PaceWildenstein.

At that moment our fantastic team of waiters (I am of the opinion they are master chefs themselves as their appreciation of the food that they themselves have recommended are astounding) bring us a series of starters. Of particular note even to this very day is the tuna tartare served with avocado and aioli. Eventually Ms. Parks will end up sharing a Carribean zesty infused snapper that leaves us somewhat absorbed while Peter our photographer is imbuing pasta with truffles and poached egg.

SCV: I’m curious about the concept of the celebrity artist. Someone like Damien Hirst for example.

LP: Oh well, his work is in a state of flux right now. You have to appreciate his work went up in price much faster than many other artists, perhaps as an inducement to his celebrity and it’s value is conditional to how much of it exists openly in the art market.

SCV: I believe he’s resorted to buying it himself.

SCV: Final question, if you were in the market to buy art yourself what would you buy?

LP: I very much like ED Ruscha, his prices have come off 20-30 % and frankly being blue chip and recognizable art work, now would be a good time to invest in his art work, as his work will retain its value.

SCV: One last thing. Would it be a smart buy for us to get dessert?

LP: (laughing) Oh yes, Bagatelle, it’s as blue chip as you get.

Liz Parks can be reached at the following website below.

Also our photographer Peter Ruprecht’s work can also be viewed at ruprechtstudios.com 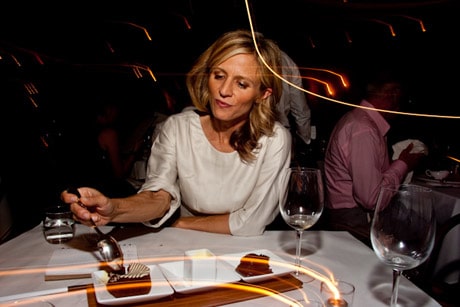