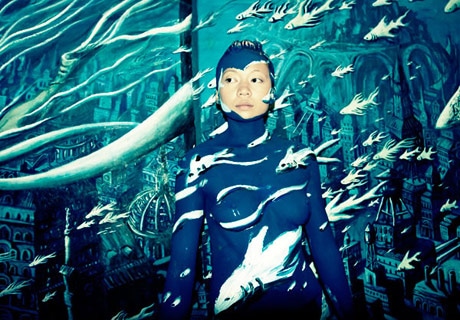 Picture the scene: us, me and you clutching for dear life in the back of some 60 foot love machine called “Izzy’s Fuck Machine,” and the rambunctious  clatter of faux but brilliant glamour parading and swooning in front of Shaggy, Patrick McMullan’s personal photographer. Where we’re going hasn’t quite been announced, but all you need to know that somewhere in the sea of all these beautiful faces, throbbing electro music and flashing spheres is Izzy Gold. Izzy Gold to be sure is one of the most brilliant messes I have ever come across in my entire life. Of course when I say mess, I mean the type of mess that a fine bottle of Krug champagne can make that you are loathe despite yourself to wipe away.

We’ve just left Talia Eisenberg’s “Heist Gallery,’ opening but really we’ve just taken half the banshee with us to some indiscriminate location. Rumor has it that we’re on our way to the after party at ‘Collective Hardware,’ but that’s just a rumor because where we’re really going is the front end of a torpedo stick lassoing Izzy’s mind. I look at him and wonder what gives, he smiles, lowers his sunglasses and nearly let’s out a tear. 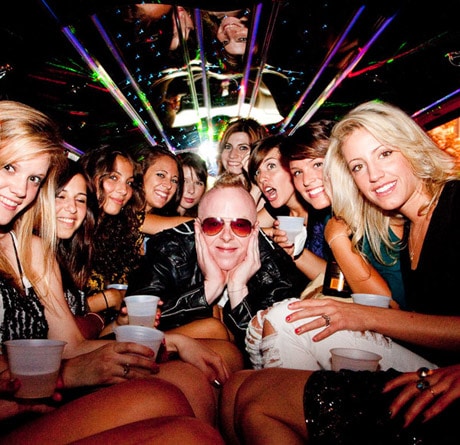 “Where do you want to go? I haven’t been anywhere where you don’t want to go or ever want to go.”

I look at him for another second take the bottle of vodka out of his hand and take a long swig, smile the umpteenth  time for Shaggy or is it Keith (at this stage the limo has become a satellite photo shoot…) and watch the world go by while Izzy momentarily closes his eyes.

Let’s now all go back two years ago in some dingy room somewhere in hell with Izzy firmly encrusted in it on a lonely Christmas day and him trying to understand how he got there and what the hell he’s going to do. It is the worst place any human being ever wants to be, cheated by absence but exposed by their in fatigable desire to express themselves. It is the product of the piano song that Izzy later plays for me privately at his west side highway studio that just rips at me. It is when the show is no longer a show and when the man just tears away at the audacity to be brilliant. 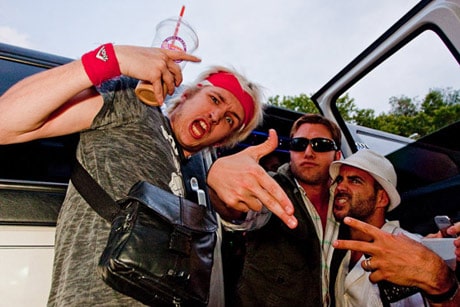