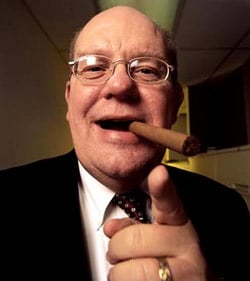 The fun things you can get away with while everybody is looking.

There used to be a time that behaving mischievously or irresponsibly used to be frowned on, or at the very best something you did behind closed doors. Well that was until you met the ‘derivatives crew’ from AIG who are now betting that you wont mind that ‘your’ bail out dollars ($180 billion) are going to be used to pay them a new bonus (2.4 mil) on top of the $165 million you coughed up for their Christmas slumber.

Of course the strict definition of bonus refers to the payment of money for exceptional service and outwardly excess productivity to the firm. In AIG’s case it means nothing like this at all. In AIG’s case, the way they play is they make a lot of risky bets, and book lots of profits if they win and if they lose their bets, then they keep making more bets in the hope of making their money back. Of course, you and I know this all back fired and led to the collapse of the economy and the reason why we are all broke.

The operative word is –‘you.’ Not them. Because when you are a banker and politically connected you can harass lawmakers to bail you, and once they have bailed out then cry a little louder that they also deserve a bonus. Which of course they are now getting.

What’s now interesting is how AIG have broached the idea of new bonuses to the government (but technically speaking – they don’t have to) so as to play nice. Of course no matter what the government has to say, rest assured that the savvy AIG derivatives trading team is still going to get their bonuses.

Now, that’s really figuring out capitalism, or if we may allow- ‘socialism.’ If I’m broke and in financial pain, it’s okay and a great idea to help me, (since I am AIG) but if the ‘unemployed, newly turned loafer’ down the street is broke and in need of help we know that would just be fool hardy and not very American.