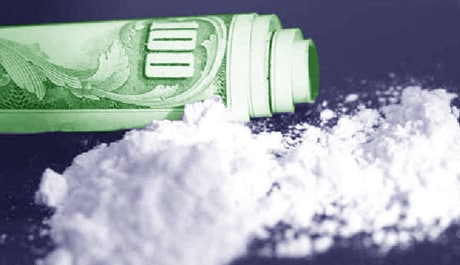 The Unconventional Lifestyle of a Cocaine Dealer. Part 2

It’s a recent Saturday night and it’s a little after four in the afternoon and Andrew’s phone has been going off the way a call center distributing seventeen dollar tickets to Miami would go off. As his cell goes off (rest assured it’s a pre paid one for obvious reasons) he looks to see who’s calling. At first he pays little attention to the number which has Nancy’s (another like all names in this article fictitious one) name pop up as it rings. Instead he just sits there tending to all the art books in his vast library, occasionally rising to look for another one that he thinks he ought to be showing me.

“You see,” his eyes momentarily pausing to gaze at the pedestrians walking up and down the street one flight below “people have this perception that just because I burn cd’s that all I do is in life is spin tricks. But the truth is that couldn’t be further from the truth. See,” he stops to point at a three dimensional plaque with abutments and coded color schemes “I was the valedictorian of my school. If only you knew the number of buildings I have helped design, the awards I won and the clients I’ve worked for, you’d be asking me for my autograph.”

It’s at this point the first of many door buzzes that the buzzer goes off. Feeling sheepish I begin to bury my head deep in the book on Salvador Dali while I carefully sip the Jasmine Green tea that Andrew has gone to great lengths to make for me. (like all things in Andrew’s life, he is a fickler for detail, high art, contraptions and the nuances that are necessary to appreciate if one is to make a high concept building, an exceptional tasting green tea or a bag of coke that will send you flying).

As the door finally opens I notice with intrigue as Andrew greets a man who if I were asked before he set foot in the building had he had a penchant for the white lady I would have categorically said no. Barely lifting my head and gently nodding my head I look on quietly as Andrew briefly introduces me to a man who’s hair is falling away, his rigid glasses in place and his wedding band ring firmly in place before being led away to another room in the house.

A few minutes goes past and as much I want to run the hell out of here (the idea does occur to me that if the place suddenly got raided I’d be in big trouble) I also want to go in the other room and see what is actually going on. Of course out of respect to Andrew I remain seated, my eyes dancing from the image of Salvador’s melting watch to the commercial on TV for a new diet supplement. In some brilliant way the whole scene is completely remarkable but the truth is I actually wonder otherwise…

If anyone has ever had a career as a wall street trader at some point during their tenure they are introduced to the white lady. Introduced to her because like the stocks, bonds, currencies, and derivatives they trade, she is sexy, capable of giving much needed adrenalin and the kick to help one believe they are invincible. Thankfully such days and career have long gone for me but the notion of chopping up three big lines in the bathroom and rushing back to the trading pits have never quite left me. Of course this article isn’t about people who realize their limitations, rather it’s an article about a society and collective of people who are loathe to recognize limitations. Or at least that’s what I imagine…

For anyone who has never used or tried cocaine (yes- as outrageous as this sounds for a country that has more drug abuse than any other industrialized nation in the world) the general concept of cocaine is the forced sense of euphoria that is created by the overloaded creation of dopamine in the brain which the drug serves to create once it enters one’s system. For most people it’s a rite of passage that barely lasts a year, a school semester, but for others it eventually becomes the only way to make sense of the world. Not that making sense of the world is an easy task in the first place.

A few more minutes finally goes past and Andrew and his guest(client?) finally return to the living room before Andrew gives the man with the rigid looking glasses a big pat on the back and tells him to call him later. With a click the door opens, the man disappears into the world that he is trying to disappear from while Andrew now returns closing the door behind him.

For a while nothing is said, we go on watching some show about super heroes or something about how the cold war was won before I finally turn to ask who had arrived. Turn to ask but rather than ask openly I think to reflect on his general disposition.

“Wow, he looks like one of those guys who you see picking up kids at some nursery school.”

“Who Tom? Sure. He’s got two young kids. But you know how it is. It’s the weekend, work’s been stressful, and he’s going to be hanging out with the boys tonight.”

I stop and turn to look at Andrew who was recently introduced to me at a party and after careful wrangling, and assurances from my part agreed to let me sit in with him one afternoon. Part of me was thrilled that he had said yes, another part of me disturbed that I would be visiting a chapter in a previous life but most of me intrigued that this character, like any stage character, be it an axe murderer, sought out socialite or over paid wall street trader had given me entry into the particular nuances of their lives. As much as I want to find out what goes on here I am careful not to over reach my boundaries. Of course part of me has the feeling that I am the commissioned artist who has arrived to give the subject the validation of his being or rather the preferred validation of their being…

I now get up and follow Andrew to the other room where next to a half open bottle of Vivue Clique champagne in a cooling bucket lies the remnants of scales, plastic bags and the zip lock bags that Andrew uses to keep his produce fresh. Turning to a cupboard Andrew then takes out an acrylic black plate and a large plastic bag with Cinderella in it. Taking out a putty knife he then dumps a giant blob onto the plate before taking out a hundred dollar bill which he tightly rolls up into a tight cylinder. He then reaches over to find a strainer from which he dumps half of the plate’s contents into before taking out a giant spoon and crushing it back onto the plate. In a way it’s like watching someone make a cake, but the last time I checked cakes like this didn’t leave one feeling so sensory overloaded.