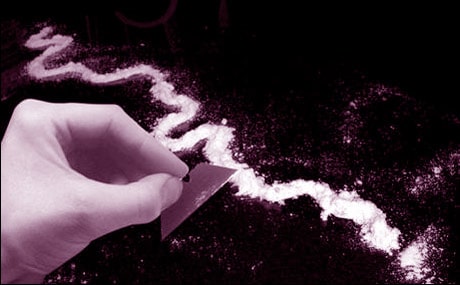 The Unconventional Lifestyle of a Cocaine Dealer. Part 1.

For anyone who has ever wondered where all the kids get the energy, the chutzpah to misbehave and the vitriol to cross the line one only ever need to sit in the back of a Chrysler sedan constantly going from one part of the city to the other in nothing never approaching below eighty miles an hour. For most people this leads to angina, and heart palpitations, but in Andrew’s case, this is in fact where his real high comes in. As much as the clientele jumping in and out the back of his seat are getting high he is getting higher getting them high. Perverse maybe, but this is the unconventional lifestyle of a cocaine dealer.

Our first stop for the evening takes us to the meatpacking district where two frat type boys get in the back seat and start pulling out money. From what I can see the client calls in and tells the flight commander (Andrew) how many phone cards they’re looking to acquire. The more phone cards the client requests the more weighting Andrew gives the order. If on the other hand if only one phone card is requested then that order goes way back at the queue and gets dealt with accordingly. One would naturally think it’s first come first served, but in a high staked game like this one the only things that matter are loyalty, quantity and cash. Lots of cash…

When the two frat boys make to do lines there in the back of the car Andrew nearly loses it. Of course when I say loses it, not lose it in the sense of screaming but losing it by demanding they get out of the car there and now, with their money almost being thrown at them.

“You think this is funny. You think you can get high right here in front of my driver?”

“We just want to make sure the shit is good?”

“Good. Listen. Don’t jerk me off. You don’t think it’s good don’t call me anymore. Here take your fucking money and get out.”

The funny thing is then watching these Investment bankers- supposed masters of the universe of the world suck up to Andrew. Concerned they’ll not get their ante they throw in another one fifty for another three baggies. Andrew makes to act as if he’s thinking about it but the truth is he’s just nailed these ‘son’s of bitches,’ as he likes to call them. He has Eddy the driver drive pull up halfway up the block, past the green lights before letting them out.

“Did you see that Eddy, did you see those frats squirm? Fuckin’ attitude. Think they can jeopardize your shit. It’s the same bullshit attitude that got us in this economic mess in the first place!”

The irony of course is no sooner than the investment bankers are gone Andrew is reaching for a bag himself. It’s then when I realize that he thinks he’s better than everyone or perhaps to put it another way has something that everyone in society wants.

“These people, you read about them all the time. This party, that party, this wife, that wife, and yet there so fucking happy they’re calling me round the clock. You tell me how happy they are?”

Our next call is on the upper east side, when we finally get there I ask Andrew why he makes to get out the car.

“There are some clientele that will never in a million years come down and hustle in the streets. Some clientele you’ve got to see them. You coming?”

Part of me wonders who this particular client is, and if on some off chance I know them (a thought that’s been running through my mind) and if I did know them what we’d say to each other (if Andrew really knew which circles I ran he would have probably had me wait outside but then again I suspect Andrew gets a rise out of provoking people- even writers that he’s never heard of). Raising caution to the wind I now follow Andrew as a princely doorman hustles to open the door to the unconventional cocaine dealer.

Standing there in the elevator with some madame (it is so funny to watch Andrew flirt with her – if only she knew the truth).

We finally get off our floor and proceed to the end of the corridor where a buff young man wearing a leather G string and a striped neck tie nonchalantly opens the door.

From the back we hear the gruff voice of a deeply tanned man in what appears a Hugh Hefner outfit (bath robe and crocodile espadrilles) pouring himself a glass of wine.

“Is that you Andrew?”

Andrew now proceeds to greet the deeply tanned gentleman with a series of triple kisses and bear hugs.

“Where you have been Oscar? You stopped calling me.”

“Just got back from assignment. My god Hong Kong got nothing over you. You can’t imagine how much I suffered. “

At this point Oscar leads us to another room where he then showers us with panoramic images of concubines in all matters of undress.

He stands there unaffected waiting to see how we react to what is simply some of the best photography I have ever seen in my life.

“Oscar- this is why I love you. You are a genius. Unbelievable. “