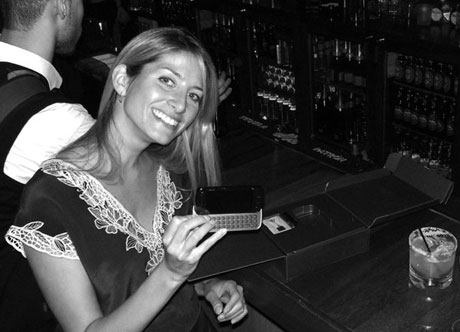 Generous? To consumers, any conglomerate is generous, and Nokia is one of the old-school giants when it comes to cellular hardware. That said, this Thursday night NOKIA dared the fashionable set at Chelsea’s Marquee to drop by and marvel at what technology could come up with. As bass echoed the walls and vibrated my chest, I walked down the hallway to find the gilded Nokia N97 along with a particularly well appointed crowd.

Inside, the appointed cognoscenti were elbow to elbow at the open bar while waitresses in short skirts and Nokia T-shirts wafted by. For a moment I had to wonder whether  I had come to Marquee’s infamous Tuesday night series or to be precise had the crowd come thinking it had come to the  Tuesday night series? Either way, there was nothing there from discouraging the ‘dancing on the couch antics’ one often comes across on a late Manhattan night, not that I particularly minded… 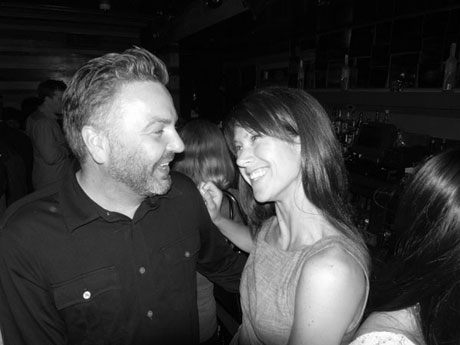 Making my way past the red carpet (another mainstay of Manhattan civility…) I met Runa Lucienne, NASA intern, mechanical engineering major, Nokia representative. (Now, don’t they have lofty standards? ) With some slight intimation I was then able to find out more about the source of this wild foray—the Nokia N97.

RL: So, what you see here is the touch screen.

She shows me a small cellphone that looks only slightly thicker than an iPhone, but generally smaller. The screen was sensitive, and only slightly vibrated when touched.

And here, you have the keyboard.

She then applies pressure to the lower edge of the phone, at which time the entire screen slid forward and revealed a soft QWERTY keyboard with uniform raised buttons, only gently but practically larger than the Blackberry. She turned to me and proceeded to list the phone’s specs: 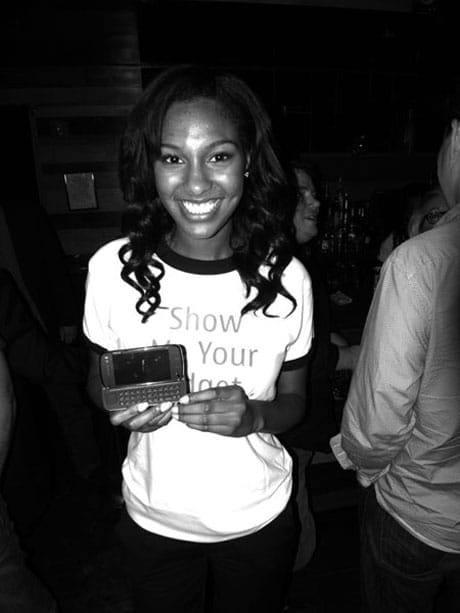