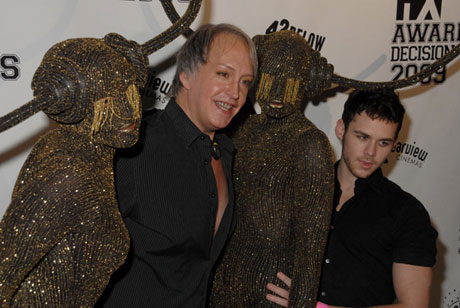 SCV: Hi! So, you’re the Slinkarinas?

SCV: Oh, right, thank you, it’s how you’re listed under the nominations.

S2: Oh, well, when the Slinkarinas came out, but that is only one of our species.

SCV: What do the Slinkarinas represent?

S1: That’s just one of our characters, we’re actually AlieNation.

S2: Right, we’re came to this planet, and landed on different parts of the Earth.

S1: We landed in Morocco.

S2: Right, and we just arrived, still getting used to it, and we don’t have a name yet.

S1: But we’re most comfortable at Drip, have you ever been?

SCV: Can I infer that as an invitation?

S1: Oh my God, It’s on Wednesdays, a pool party at the Gates hotel on 46th Street. It’s amazing!

An informative conversation, but there’s one thing that left me wondering about the Slinkarinas—how did they afford their costumes?? Unfortunately, our conversation ended before I could ask, do forgive me dear reader, but I must admit that it is a point to question: they were intricate and seamless. Uniformly colored in sparkling golden metallic, each were covered from head to toe, the costume closely hugging their bodies, with a structural support of sorts inside large tails convincingly extending behind them to render realistic movement. Coming from their heads were antennae like antlers, and everything remained securely in place throughout the night.

Of course, there were notables that attended this evening of colorful fun, including mayor Michael Bloomberg, vocalist Mya Harrison, Richie Rich fashion designer extraordinaire Danielle Staub of The Real Housewives of New Jersey, and Mindy Cohn from the Facts of Life. After all, what’s a gay get-together without chic, chic without a red carpet, and a red carpet without celebrities? In other words, everything rang true to form, and we all had a gay old time. 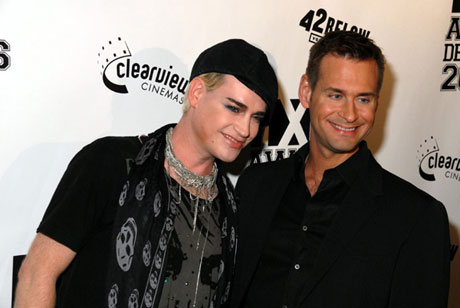 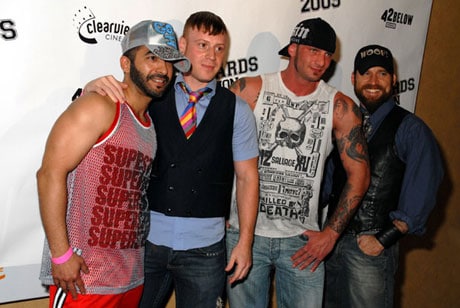 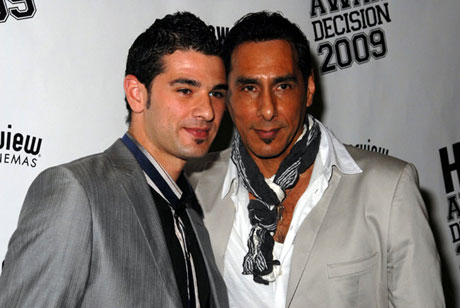