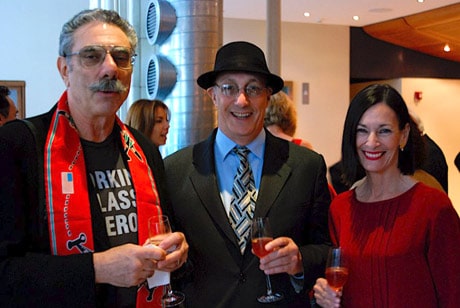 Beneath the stone walls and metal arches of the Queensboro Bridge on E. 59th st, two young men in navy blue jump suits scour the trail of cabs for important looking people.  They run swiftly towards men in tailored suits and beautiful women in skimpy dresses, hoisting the umbrellas above their glistening heads until reaching the front doors of Guastavinos – the architectural interior landmark available for banquets and events such as today’s. The jump suited men busily attempting to pamper guests with umbrellas create a nice impression for anyone approaching the commotion, but passing through the glass doors and shimmering lights, one is compelled to wonder if perhaps more alcohol were served the guests would actually succumb to the joyous intent that ACE intended to be.

Long, blanketed tables advertising various goods comprise the silent auction at hand – a fundraiser for A.C.E (Association for Community Employment). The highly successful A.C.E is an establishment started by Henry Buhl to assist homeless people in re-entering the workforce. The story goes that Henry Buhl offered a homeless man a job sweeping his building and other stores in SOHO instead of lazily handing out the twenty dollars requested. Within months, the number of homeless people employed to clean the streets soared and birthed the SOHO partnership, supervened by its sister branch five years later, the TriBeCa Partnership, both neighborhood initiatives to attract more communities to charitable efforts. A.C.E and the SOHO/TriBeCa partnerships now hold annual silent and live auctions in order to raise money for the organization. 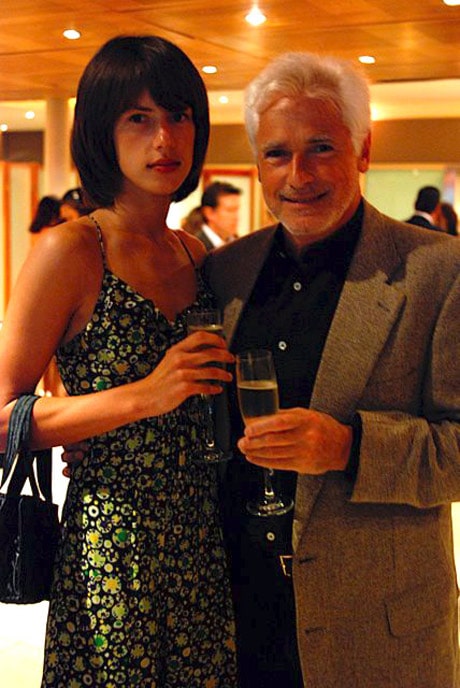 A modestly dressed woman hanging around an auction table tells me she works for the organization. She’s the first person who’s willing to speak about the cause at hand, though she glances hesitantly among the sparkling, high society wealth while speaking about a world so separate from here. “It’s vocational training for the homeless,” she says, almost shrugging at the simplistic beauty of such a task. She points me in the direction of a lovely looking lady in black and silver attire named Susan Needles. “She’s the mastermind behind this thing,”

Susan Needles may be the mastermind, but she certainly won’t share her mind(should I have revealed a journalist I wonder?). Instead she stands there pre occupied, her eyes training on any recognizable face. She does not care to talk about A.C.E. No one here does, besides the out-of-place looking girl manning the tables with minimums of four hundred dollar bids.

The meandering people gossip about high society. A blonde talks wildly about her impending acting career to an increasingly inebriated friend. Blinking at the flashing sight of diamond inlaid dresses and gold cuffed books, guests peruse the auction tables for prizes of high priced teeth whitening, decadent jewels, framed and signed Jonas Brothers posters, Yankee Stadium shots, make up consultations with famous women and so on. 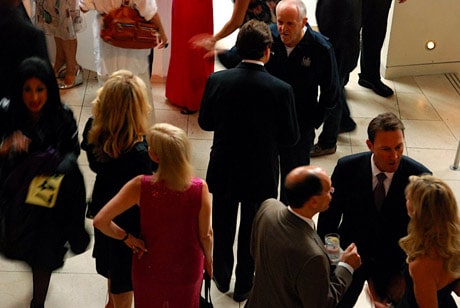