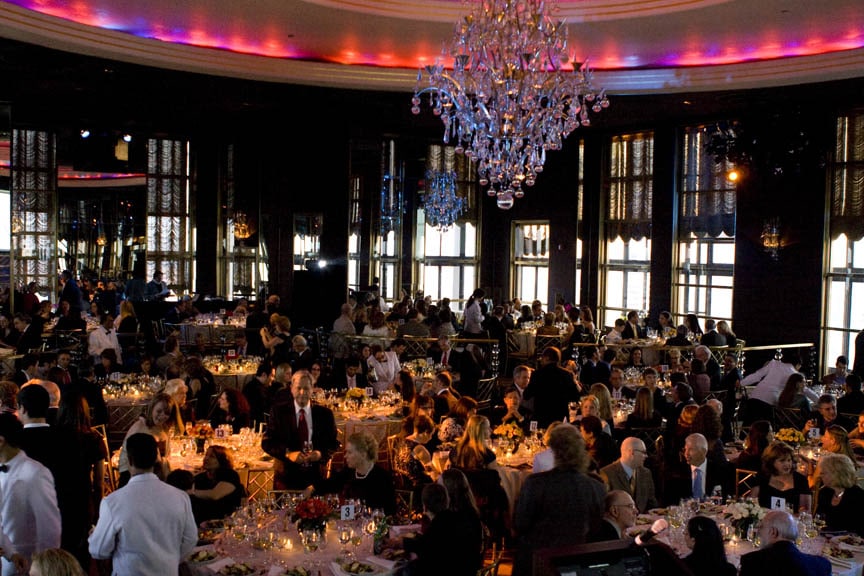 This past Tuesday, May 12, I attended the National Meningitis Association Gala in the Rainbow Room of the illustrious 30 Rockefeller Center, and I was impressed. Now, don’t get me wrong, this isn’t to say that the pearls weren’t obscene, the trophy wives (and girlfriends) weren’t on display, and the cordiality was 100% genuine. The posh self-righteousness of the noble upper class will never wane; especially in microcosmic epicenter of the economic center of the industrial world, dare they disappoint. But this particular soirée was undoubtedly laced with good intentions.

As I walked through the hallway leading away from the elevators and into the room that leads into the Rainbow Room, I was astonished to see a family-oriented Manhattan bourgeoisie and upper class, silently flirting and holding recreational conversations. Tasteful hors d’oeuvres circulated constantly by white service-suite-clad waiters and waitresses that seemed all-too eager to please as expensive couples posed for credibility-bearing photographs undoubtedly to be later displayed on various websites and publications. Behind the photo-shoot was a fully stocked bar with what proved to be a contemplative, philosophical bartender. When asked how he was, he replied, “Can’t complain,” pointing out the view and the God-blessed use of his arms and legs.

The view was gorgeous. On the vertigo-inducing 65th floor, it granted one of the most beautiful panoramic expanses of the New York City landscape. The windows horizontally bisected the rear wall, wrapping around the entire room and almost giving the impression of someone grasping the top of the room and suspending it. Setting the mood quite effectively, as I engaged art director and actor Errol Rapport in conversation, I was abruptly cut off a lady insisted that he draw his attention outside the window, where one would find a rainbow that began at a little pot of gold in Harlem and curved gigantically until it arched over Rockefeller center and out of sight. She referred to the rainbow as “Nancy visiting us”—Nancy being a young lady who passed away due to the disease.

Of the two people honored at the gala, I was not able to speak to one, but I was able to speak to one of their families. A young man walked up to me as if he knew me and said hello. I welcomed the gesture, assuming that he and his family carried the same importance their demeanor suggested; he was none other than the son and family of Paul Offet, the Chief of the Division of Infectious Diseases in Philadelphia. They were charming, demure, and clearly proud of his achievement.

From there came a conversation with a man who insisted on showing me pictures of himself with celebrities like Joe Namath and referring to his blonde photographer girlfriend as “baby” (Aww, baby, can you believe that? What do you think of that, baby?), I retreated to the silent auction room, wherein I there was a loud mass of chattering people, two open bars, and sports, movie, and music memorabilia lining the walls and decorating various stations that also harbored sheets for the auction. 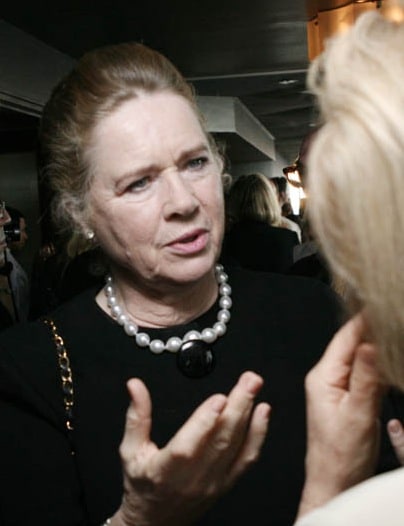 Excited now that I was nearing honoree host Liv Ullman I was momentarily distracted as the gentleman with whom I had moments earlier had been speaking to came and insisted on showing me yet another picture he had come across of himself and Joe Namath. Of course by the time I bid him goodbye (once again) Liv had by now moved to another side of the world.

The Rainbow Room was beautiful; elegant, dark, and vaulted with multicolored lights spangling the domed ceiling and curtains hanging over enormous windows like expensive dresses. As people laughed, chattered, and ate with all of their perceived eminence, awards were granted and the ability to avoid meningitis was recognized. Overall, the benefit was sincerely copasetic; fuelled by banter, good will and the occasional pout, but the National Meningitis Association apparently would not stand for pretension that went any farther than conversation.