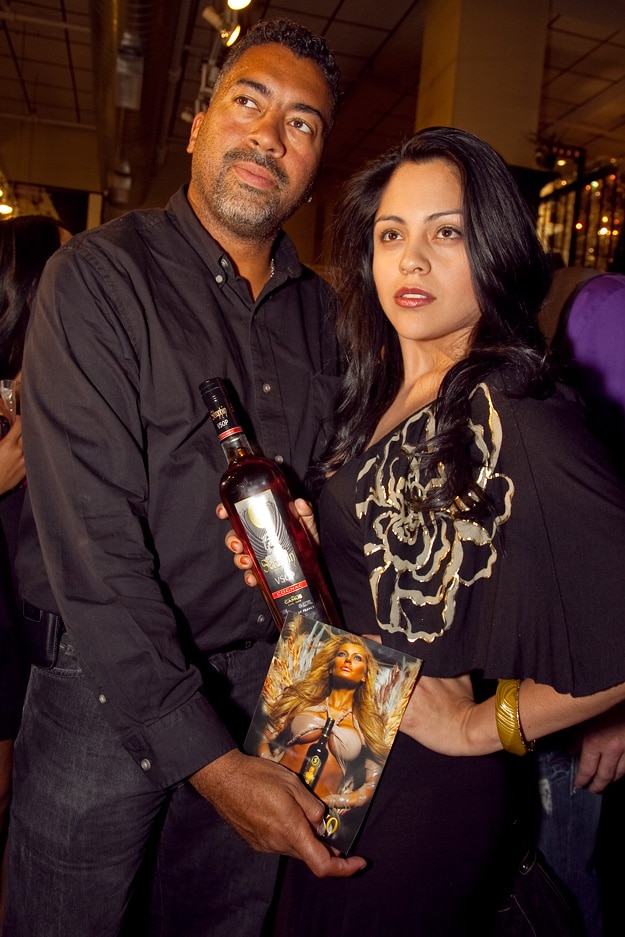 The bouncer was enormous and dapper; indeed, this event was exclusively for the informed and fashionable. As I walked inside, the crowd thickened quickly, and soon I was shoulder-to-shoulder with all manner of decision-making and critical elite (peppered with a few douchebags with unbuttoned collars and no undershirts, inevitably). I finally dipped and ducked my way behind the photographers posted at the base of the makeshift runway just as the highlight of the event began. It ran transverse the entire store from the stairway leading to the second floor to the employee’s-only, and was indicated by a path between the attendees, soul train style. 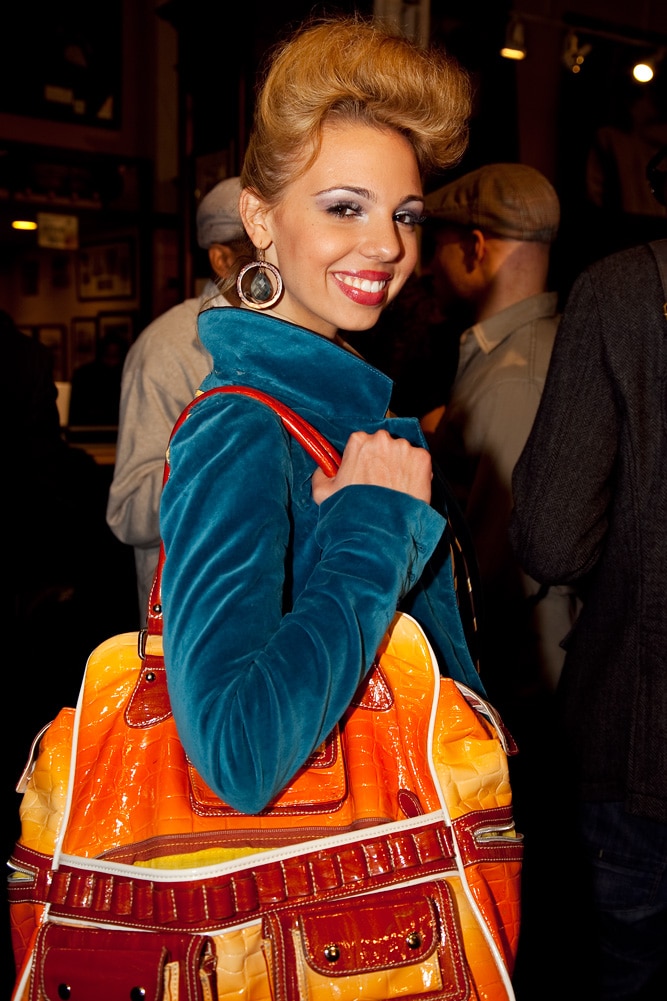 Sponsored by Tag Heuer, Callaway Golf, Le Blanc, Spa Resort, and Palace Resorts, The Fashion Fairway 19, where Paris Hilton and Tiger Woods meet and have an ironic child of golf-inspired fashion fealty, was introduced with the emcee shouting “Everybody say, ‘Let’s go, son’!” The uninspired crowd of spectators mostly looked at one another incredulously while a small percentage reluctantly complied through barely-parted lips. He tried two or three times, but dare we high class and high fashion get all-too worked up and, ugh, sweat. Dance music and sporadic chatter prevailed.

To be represented in this eclectic display of golf sans plaid were Polo Ralph Lauren, Burberry, Adidas by Stella McCartney, DKNY Golf, Johan Lindeberg, and the brand-new, just-served, sizzling hot Sachika. Other celebrity designers included Jamie Sadock and Claudia Romana. The DJ switched tempos on the techno mix to give it the fashion show-signature feminine sass, and the catwalk began.

It was the U.S. Open, Polos and shorts or slacks, but with springtime essentials like mint, pink, and orange made from various materials. Behind me, apparently seasoned fashion critics dropped curtailed assessments “Yes, yes, modern and stylish,” and “The orange was good. It was good.” Feeling the presumed importance emanating from the head nodding behind me, I turned to meet eyes with two Ralph Lauren execs that apparently liked what they saw, but unfortunately could not comment.

Suddenly, the music stopped and the emcee… quipped, “Something different, you’re not seeing double!” Before the large 19th Hole Magazine red on black poster were an identical pair of beautiful ladies, distinguishable only by the fact that one is slightly taller than the other. They posed; cameras clicked, the crowed ooohed, and their show began.

Their collection included the shorts with blouses, skirts, and sundresses, all with a twist. A knitted scarf here, a lacy shirt there, it was all unique; most of it worked, some of it was a little much. I was particularly fond of the oversized visor of one outfit, but didn’t care for the shirt it accompanied. I had to know how they contrived it.