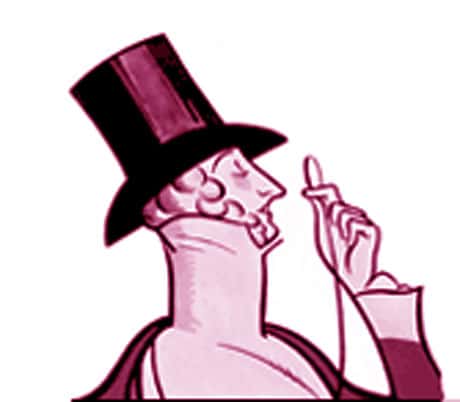 Some of us were made for the strobe of celebrity appearances and platter-served cognac that stings our tongues hips upon first sip. There is a certain appeal to being amidst a ubiquity of immaculate representation, complete with intellectual indifference and affluent boredom. According to the school of High-Class, the socialite soiree reigns primary as the essential definitive institution wherein the lords and ladies are distinguished from the vassals.

Accordingly, us condemned to the fiefdom of sub-bourgeoisies seem hard-pressed for an opportunity to smell the latest pheromone fragrance worth much, much more than the our monthly Metro expenditure after the hike that we’ve all been so appalled about. Indeed, if the Metro and its business decisions are of any relevance whatsoever to our lives, chances are there are no chances that we’ll ever see anyone from TV or movies giving tongue-in-cheek accounts of recent philanthropy. And some of us need that. Fists bearing fine cigars are worth a damn only against at least Tag Heuer, if not an Omega, adorning the wrist. And furthermore, good—truly good wine—to accompany cavalier conversation is good for the soul. Just ask Socrates and Jesus.

But lament not, my impoverished socialites. With a bit of clever application to our little financial impasse, we can realize how far our charisma can really take us. Observe:

I would like to posit a concept I’ve descriptively dubbed exclusive indifference. Allow me to extrapolate. As affluence and popularity intertwines and ferments within those blessed enough to be both, a certain aura about them begins to evidence itself manifestly—in such a way, in fact, that these individuals are often afforded certain social rights that others may not have realized existed. And how, you may ask, dare they break the rules of the very social institution they sustain? They have nothing to prove.

Yes, ladies and gentlemen, those who are genuinely rich, evidently popular, and in league with the very faces and personalities that influence us and shape our society and culture have absolutely nothing to prove to anyone. As a result, if they so choose to walk about with an errant breast (and errant in both senses of the word), or an arrest, or a drug addiction, then they will inevitably be forgiven. In it’s most extreme appearances, such behavior would ruin anyone else’s lives. Or get them fired at least. You know what I’m referring to—touching children, marrying adopted daughters, beating up, urinating… you get the point.

And thus, do not be afraid to dress according to your means, when the situation permits. This may not work for black-tie or red carpet events, but for the occasional gala or cocktail party, dressing in sensibly priced but dapper attire may suffice just fine if carried with the adequate dignity and charisma to convey it. Likewise, let your attitude be one of confident self-satisfaction. Nothing admits our limitations more than an incessant reference to in an effort to prove its adequacy.

The Trickle Up Effect

At this juncture, I’d like to introduce another concept afforded to me by Academy of Arts University, San Francisco, graduate and freelance designer Sarah Lee. Apparently, there is a concept in the high-class fashion universe known as the trickle up effect. Reagan antipathies aside, it is when eminent minds in the fashion industry draw from experiences or observations of the less-privileged classes to create new designs. Pay attention to these; with careful planning, little research, and a bit of savvy, we can come off ahead of the curve.

By this, I mean pay attention to media movcrs and shakers, what they represent, and what they hope to communicate to the masses. Find cultural statements that fit your means as well as your persona—rockers and hipsters, to draw the point home; your snob is sour, but your affordable chic is wherein lay the sweet.

We can look dashing. Arm & Hammer tooth whitening booster to accompany Tom’s natural toothpaste line works wonders. Exfoliate daily, and if you’re brave, buy the real black soap out of the jar to clean the sin out of you. Odorless deodorants, small servings of cologne, mild aftershave, and little residual product in the hair suit men. Women may prefer natural hairstyles and simple outfits, but be creative. Make it work.

But there’s a little something more that we need to know in order to viably blend in the high-profile mix. And this thing we need to know is something. By “something,” I mean something substantial, what would indicate that you have the education or highbrow social awareness that would befit some of… your stature, in such company. This may sound strangely like homework, but a little understanding of the economy and its infrastructure could go a very long way—political trends and events, to name another. And above all, be very aware of all the delicious, dirty, sexy, appalling controversies of our social elite. We all need something to talk about, after all.

Don’t be a Douchebag

The last bit of advice I have for our lesser monetarily endowed is please, by all means, do not be a douchebag. Do not discuss matters you have no understanding whatsoever about. This is a social carnivore’s delicacy, and that is a species prevalent in the high-class social realm. Do not get drunk, or if you do, carry it exceptionally well. Do not draw undue attention to yourself, as that is quite expensive in various ways, and do not try to have sex. By “do not try,” I mean, whatever happens is lovely, but pick-ups and come-ons in events with French descriptions are a fool’s gamble. Exceedingly beckoning behavior is well unbecoming. Do avoid it.

Life is but a dream; take nothing seriously, but pay attention to the metaphors. High-class is a state of mind and an attitude—we all know that—and money is not our only saving grace. Social elitism is none so crippling as most give it credit; generally, it requires little more than a little savvy and a lot of gumption to appease the preternaturally self-righteous enough to entertain their company.