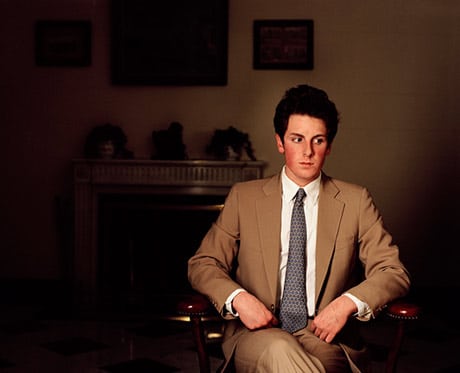 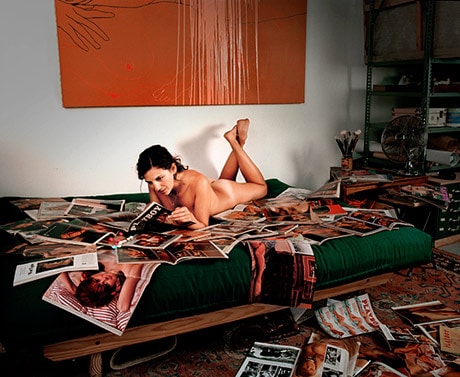 According to Alix Smith celebrated photographer/artist the moment of self arrives not with the construct of self but the deconstruction of self. In a society intimately concerned with appearances, the look of things, what often goes on is that the thing you see isn’t really what you see and conversely the things that go on are not what you see either.
That said, we sat recently sat down with Ms. Smith to get to the heart of things. By the time you finish reading our dialogue with the affable Ms. Smith you too might come away with the impression what you see isn’t often what ‘s going on, just what you’re supposed to think is going on…

SCV: I’m curious, your work so often seems to be about revealing identities against prevailing stereotypes, how is this the case?

AS: What really intrigues me is the way certain groups within society are often portrayed (in the same sense they were once portrayed in classical portraiture).  What this so often does is to maintain stereotypes and to keep the public in a state of perpetual fear and misdiagnosis of what’s actually going on.

AS: Take the way people who are gay for instance. They are usually portrayed as a kind of parody of themselves, with bon bons, wild hair, and disco balls for loose change. In fact there is a wide spectrum of people who are gay who if you met them in the street you couldn’t tell if they were gay or not. They look like what’s perceived to be everyday normal people, with everyday concerns because in fact they are contrary to media and cultural  speculation.

SCV: This in fact brought forth your body of work – ‘States of Union.’ Tell me more about that and what you were endeavoring to achieve.

AS: I’ve always been intrigued with the way families have been portrayed in classical portraiture and how they so often depict this seemingly ultra perfect looking family in the most perfect environment, behaving ever so convivially and exerting a kind of idealized version of reality- the type that says- “yes we are here, beautiful, revered in society, ever fabulous, just got back from Bermuda and if inclined we’ll turn up to your ‘tete a tete’ in a minute or two.”

That said, I wanted to see what would happen if one twisted these preconceived notions and applied them to couples, families that seemingly fill all the above quota sans their apparent sexuality. What I discovered was that in fact it works very well, and yes it can kind of serve as its own parody but at the same time it’s own kind of positive liberating force where we are now allowed to celebrate how people actually do function and live contrary to cultural dogma. 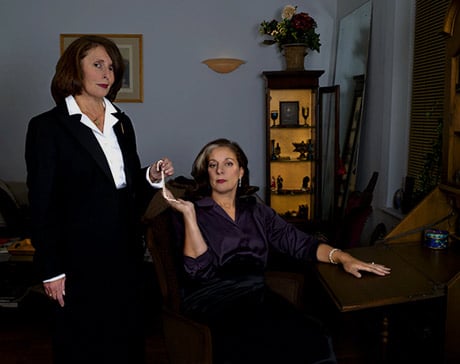 SCV: So in essence you are appropriating traditional classical portraiture to affect a wider consideration of the possible state of affairs…?

AS: I think it’s ironic, because in fact classical portraiture in of itself is a kind of appropriation of what really goes in society. What it does is to portray the subject in a way that may be furthest from the truth. It’s as if to say, if one is depicted looking or behaving in  a certain way, they are for all intensive purposes the guise they purport to be.