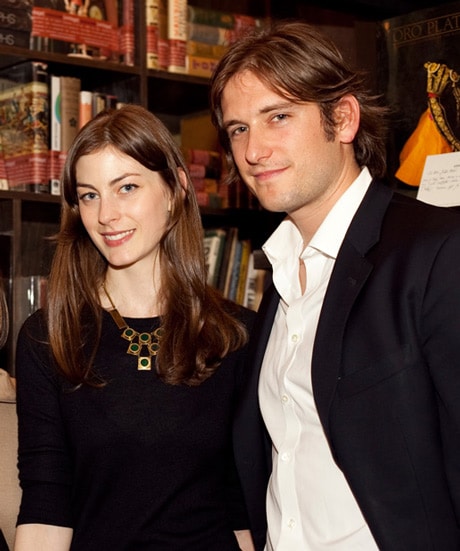 “when editors are bored, they drink” said Moran Bar-Kochva, recalling his old days as a journalist, “and then they decide to do some sort of ranking list – ‘the top 10’; ‘the best 50’; ‘the most important 100’”. Such ranks are always exciting and curious – although not always very profound – and on this Thursday, “The Contemporaries”, the art club founded by Bar-Kochva celebrated the launch of Assouline’s new book “The Impossible Collection” which names the 100 most desired…

The pieces represent the ideal collection of art, “if money were no object,” as Martine Assouline put it, demonstrating that even the creators seem to realize that the whole idea is sort of like an artsy, adult version of a child making a list for Santa in the middle of June.

Standing in the corner of the crowded, cozy bookstore, Martine explained her inspiration. “The economy right now is very la la la, and we would like to dream about what we would do with no limits,” she said with a smile, ironically standing in front of the book on display, open to a page adorned with Christopher Wool’s 1988 piece quoting Apocalypse Now – “Sell the house, sell the car, sell the kids.” But like Moran said, the purpose of the book is not to act as a guide that rich people who don’t know any better can use to buy art pieces to impress their friends. “It’s pretentious, silly,” he said, “and the point is more to amuse us during the recession than it is to convince people to buy these works of art.”

Although, with a $500 price tag, this book isn’t exactly recession-friendly. 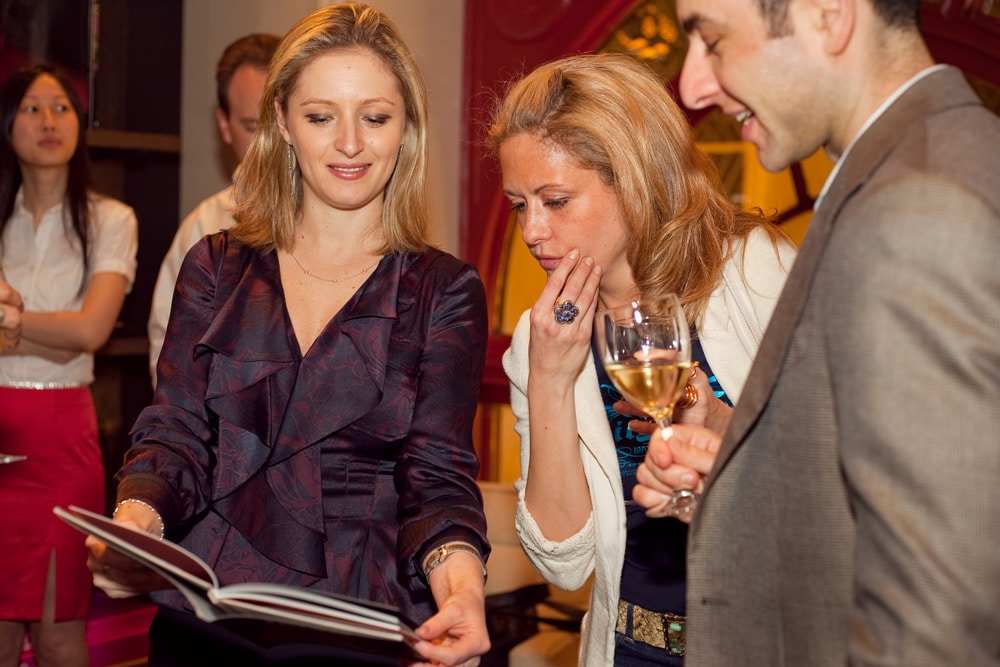 The shop was packed with people who fit Martine’s description of her ideal audience: “young, cultivé , sophistiqué!” I met an art non-profit owner who seemed interested in me until I told him I wasn’t a part of the exclusive Contemporaries, and therefore had no bearing on the decision to invite him to join or not. One very misguided young lady said she was excited to be talking to “a real reporter!!!” but was more than nonplussed when we ran into each other hours later at Apotheke. I might have made a bit of a faux pas when I mentioned a piece of art in the book that I thought was ridiculous – a grand piano covered in what looked like a custom knitted sock – but otherwise, the free champagne made people pretty forgiving. At any rate, most party-goers were the quietly stylish guests of a guest, and not the hardcore art snob crowd one would expect at a party for a $500 book about the most decadent ways to spend even more money.

But like Martine pointed out, “people in a recession want specialty. They don’t want to spend money on $30 books from Barnes and Noble with no character, no meaning.” That may be true, but those 16.6 $30 books we could buy with the cost of The Impossible Collection will burn a lot longer when the Second Great Depression truly arrives.