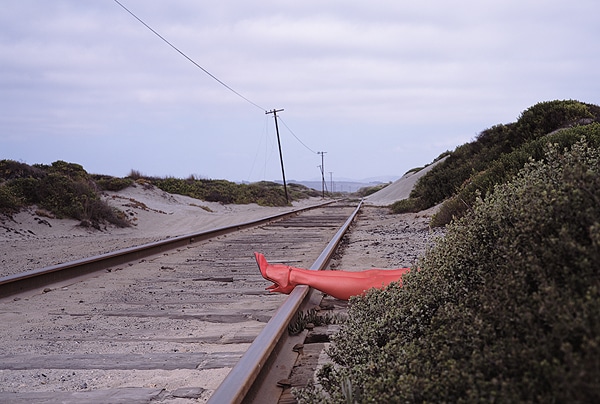 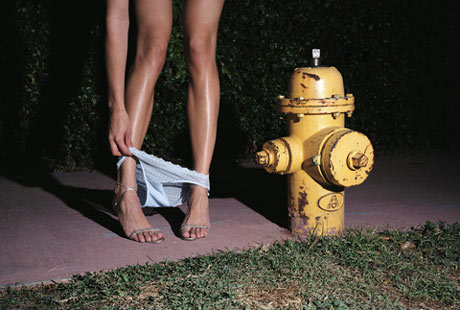 The death of John Dillenger, infamous bank robber known for his graceful movements during heists such as, leaping over counters and high-speed car chases with narrow getaways was as follows;

Anna Sage, a brothel madam from Gary, Indiana was facing deportation back to Romania.  On July 4th, 1934, John Dillinger, J. Edgar Hoover’s “Public Enemy #1”, moved into one of Anna’s apartments with a large price on his head for the alleged murder of two Chicago police officers. Sage recognized the gangster immediately and collaborated with FBI agent Melvin Purvis, believing that in return he would stop her deportation.  On July 22, 1934, Dillinger and his girlfriend went to the Biograph Theater for a screening of Manhattan Melodrama. When they exited the theatre, Sage tipped off the agents by wearing an orange dress, prompting them to open fire on him as he ran and reached for his weapon.  But the artificial lighting outside of the theatre distorted the color of the dress to red, and thus was born “The Lady in Red” as a betraying character. Which brings us to Julian Hibbard.

A young Englishman, living and working in New York who’s history in photography goes back 17 years where he began a Kingston University studying fine art photography.  After graduating, he assisted the German advertising photographer Andreas Heumann briefly before being awarded a scholarship from the British Council and spent the next two years teaching in Santiago, Chile.  His fine art photography has been exhibited from Scotland to LA, and now he is here in New York Displaying his latest collection of prints.

Billed as The Noir A-Z, we’re to believe that Julian is taking us on a playful, yet dangerous journey of alphabetical education by defining each piece with a letter that corresponds to the word that’s it’s title.  “A is for Abandoned,” L is for Lascivious,” and “O is for Observed.”  You get the idea.  It’s a narrative put together by a history of Julian’s work over the last few years and it works quite well.  Not all of the pieces are on display, but one of my favorites was “W is for Wolf”.  A man in a dark pin stripped suit is standing on a red-carpeted staircase seemingly immobilized as if in between those moments of committing some heinous crime or having just committed the crime itself.  We see no face, just his grimy hands, an index finger hooked into the eye socket of a Greek mask of tragedy. Another, “J is for Jeopardy”, as a dark haired beauty standing on the narrow ledge on a building in a purple dress, anchored by her hand clutched large iron bars that protect a window.  Is she tired of life and ready to jump, or is she escaping the man in the Greek mask?

The Black and whites are all gorgeous, evoking a certain Helmut Newton feel to them without losing their subtle flirtations and even more so the late Guy Bourdin’s work from the 70’s and 80’s.

But it was “Q is for Quiescent” that stood out to me a little more than the others.  Desolation, telephone poles, connecting wires far off into an overcast sky, and hidden behind the green bushes, a woman who’s red/orange pantyhose encased legs are resting on sandy train tracks, red-orange heels hanging over the edge, awaiting a ghastly removal.  Could this be Anna Sage?  That wretched snitch who was the undoing of one histories most beloved antiheroes.  I’d like to think yes, that this is the retribution, that the lady in red will never walk again.

What I like most about the series is that they all seem to capture the moment that proceed and precede chaos.  It is not the calm before the storm, or the settling after, it is the eye of storm, where what is done is done, and what’s about to happen is completely out of your control.

The Noir A-Z runs from March 5th to April 16th at the Ivy Brown Gallery on 675 Hudson Street.