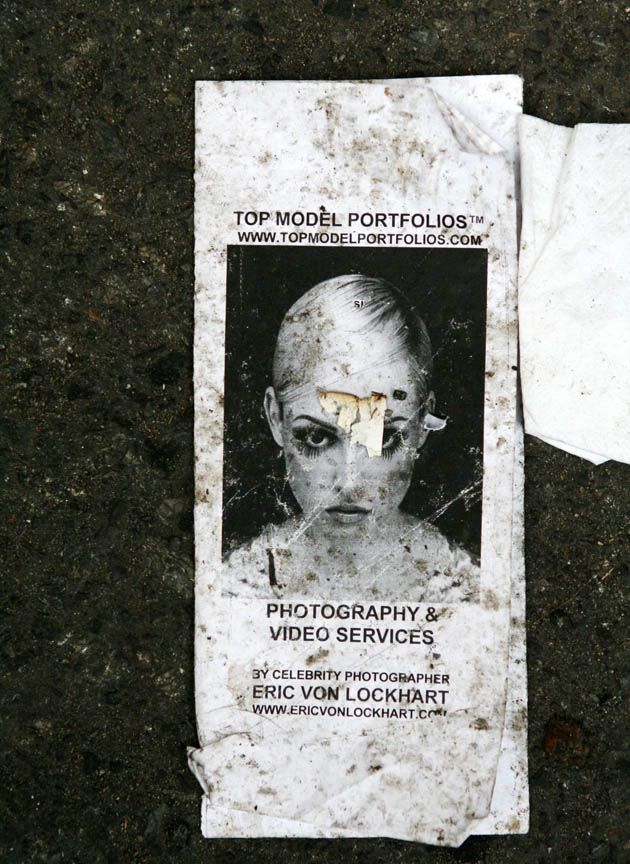 Somewhere, someplace far, far away, in an enchanted castle made of blood diamonds and chinchilla, Tyra Banks is sipping on a Häagen-Dazs mojito while wrapped in a meat bikini and counting her millions.  Meanwhile, down below, beyond the village, past the forest, inside caves and under the many bridges of her Masochist County, ogres and trolls are lining up for a chance to meet their leader and hopefully, be a part of her court for its next cycle.  You want crazy?  I’ll show you crazy.

Tyra has opened the castings this year (for Americas Next Top Model) to anyone UNDER 5’6” and there are two problems with this. First, no matter what, they’ll never be able to be anything more than a print model and two the ratio of unattractive girls to beautiful girls that are short is staggering. I mean, its like Donald Trump casting The Apprentice in Burundi.  And I’m not saying he can’t do it, but morally speaking, it probably isn’t the best idea.

In Hells Kitchen, incidentally enough, there are police, paramedics, and firemen trying to keep the peace outside of a Tyra’s fortress.  Snarling howls are drowning out sirens,  “LET US IN!!!” The steel barricades have been discarded, broken stilettos are littered about, a midget is being carried out on a stretcher, or at least it looks like a midget from here.  I’d say the natives were restless, but that would be the understatement of the century.  Armed with application forms and modeling cards adorned with their wretched photos instead of say, pitchforks, they are mobbed around the entrance demanding a chance, just one chance at professional rejection. And even after the doors were locked, even after the leftovers have been told to go home, forget about it.  There they were, indignantly waiting to be let in.  Spotted with my notebook, pen, and photographer, they approach full of hope and empty on shame, for one small taste of fame.  If only they knew who I worked for…

“So what are you still doing here?”

“They’re not letting anyone else in but I’m staying until they let me in.  I’ve been out here too long.  It’s too important.”

“But why is this important?  Why do you need this?”

“It’s the exposure, the push into the industry.”

“Have you ever done any modeling before?”

“No, and it wouldn’t matter if they did.  I just try to stay positive and believe in myself.  I’ve been in 4 inch heels since 9 am.  I have dedication.  I want this.”

“But 4 inch heels mean nothing if you have 4 inch legs, is there anything you’d like to tell Tyra right now if you could?”

“Tyra, I am vury disappointed that you didn’t organize this better.  It isn’t fair.  I just want my chance.”

“And have you ever tried out for a reality show?”

Next up we have Lauren. Lauren drove four hours from Maryland with her boyfriend who by the looks of things, has abandoned her and has been her since 8:30am, evidently, not early enough.

“No, I’ve never modeled before, but I wanted to try because they just started accepting girls under 5’6”.  Did you see the fight?”

“Oh, well two (looks around from side to side and whispers) two black males must have gotten into it.  Probably over girlfriends.  I mean, I didn’t see the whole thing, I was backed against the wall, but alls you saw was this circle expand, like a big mosh pit being formed and they were just going at it.  The cops came in and pulled them apart.”

“I see, so is there anything that you would say to Tyra right now if she were listening?”

“Tyra, I think you organized the security here very poorly. I waited nine hours out here and I just would like to have my opportunity.”

Are you seeing the pattern?  They do not dare to offend their queen with obscenities…

“And what if you got up there, what if after all you’re waiting you were granted access and it was a big fat NO.  What if they told you, “sorry, you don’t have what it takes.”  Is that something that would compensate for your nine hours?”

“Well…I would be upset, but at least I would know.”

Another girl, I’m sorry, woman, because she was obviously in her 30’s, butts in to exclaim how she had been there all day also and when she arrived, a casting director arrived and pulled on girl from the crowd and took her upstairs.  She didn’t think it was fair seeing as ALL these other girls were waiting their turn.

“But it’s only unfair because it wasn’t you.  The business is like this.  What do you think?  Because it’s an open casting call that everyone should be made to wait their turn?  That was the truth of it.  If it wasn’t you she chose then you should have left.”

I walk away asking myself, how can they possibly not know.  How can they be so lost in “living the dream” that they can’t see that they’re everyone else’s nightmare?

The sad thing is, is that they just don’t know. They don’t realize that the Tyrannosaurus isn’t looking for America’s Next Top Model.   She’s looking for food.  And her panel of velociraptor judges she will eat the ugliest alive on national television while telling them how beautiful they are on the inside.

Stepping across filthy sleeping bags and broken folding chairs left out for the city to clean, there, alone and radiant as though she just arrived stands a young Thumbelina with application in hand.

“No…can you get my application in?”

“I’ve nothing to do with it.  Where are you from?”

“I came from Atlantic City with my friends and mother, my name is Gretchen.”

Eyes like a doe, Latina with a German name, Gretchen, she’s incredibly cute, but at 20, incredibly old, and here’s Mark Reay popping flashbulbs at her, telling her to pose.  She stands out from the rest, she really does, but the rest isn’t giving much of a competition and someone has to tell her that she’s wasting her time.  Fortunately for me that person was Mark, who, with no concern or feeling asks the elf:

“Can you act? Can you sing?  Learn to do something, because you’re cute.  But the thing with modeling is, you’re either born with it, or you’re not. And you’re not.”

She’s frozen, her small entourage is standing by.  She composes herself and smiles with all of her charm.

“Thank you for the advice.”

Like the police keep saying, “there’s nothing to see here folks, move on.”  Kicking my way through the refuge, it’s plain to see why they call it “Trash Television”. With the state of the world that it is in, here is one of the worlds greatest nations helping itself to itself, and am I really so different?

I have a confession to make.  When I was 18 years old I tried out for MTV’s first “Wanna Be A DJ” contest.  Yes, it’s true, but after hours of waiting in a twisting queue and finally having my moment in front of a camera I realized, they aren’t looking for me, they don’t want me at all.  What they’re looking for is a fool, and sure enough, it was a fool who won, and he’s nowhere to be found now.  America’s Next Top Model isn’t about the participants, it’s about the viewers, and what the viewer wants.

Models do not have stretch marks.  Models do not have horrible scars, and models are not 5’3”.  But the viewer thinks they should be so that the viewer can believe they are represented or that they have an opportunity.  But what then should become of beauty?  In this dawn of New Age fanaticisms, we’re all believed to be the same, absolute equality.  We’re all divine!  Even I find it hard to not buy into because it’s the acknowledgment of differences that initiate every argument, fight and war on this planet.  I mean, who wouldn’t want to have peace on earth?  But what if the price of peace was the appreciation of beauty? Then what?  For, to eliminate the existence of the repugnant in this world would surely eliminate the pulchritude.  Is it really worth it?  Can we not just hold on to beauty a little longer Tyra?  I realize that you’ve gotten fat, but it isn’t a reason to celebrate it.

I ask Gretchen if there is anything she would like to say to Tyra if she could, and Gretchen replies…

“I just want my chance…”

Little does she know, she’s already had her chance. And the contests and scripts are already being printed.