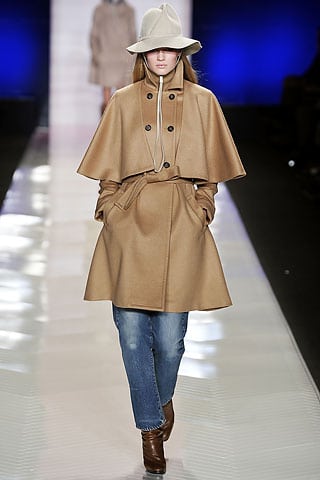 For a show that started at ten in the morning we were surprised by the magnanimous turn out. Then again once the boys and girls started working the planks we suddenly understood the anticipation. An American icon had just entered center stage.

Taking homage from the outback adventurous life style liver, and quite possibly the Bushranger look from the Australian shores Mr. Hilfiger took the audience to a place called romantic mystery and majestic vistas. All you had to do get there was slink into his tamed cashmere coats, comfy stream lined jeans and own that part of the American legend of going to the ‘outback.’

Romping to Soul to Soul’s “However You want me” we watched Mr.Hilfiger’s models pounce in high raised collar turtle necks, sleek fauve colored Peabody coats. Tan boots, moxie, and those overhanging felt hats that tied the look in so well. 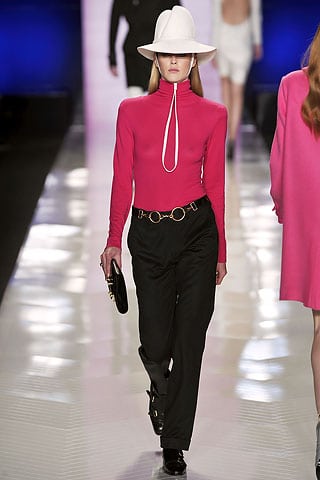 The whole look reminded one of a classic utilitarian staple, and given our economic times, such clever designing is quite the par and a welcome relief for consumers struggling with versatility, look, and savoir faire.

Watching the kids from the East Hamptons rock on, one could’ve imagine Jay Gatsby sitting in the audience, nodding his head, his eyes trained on the charcoal trench coats, the bright pink fissure tops, the bomber jackets and the clean cut linen pants, all to Mick Jagger’s “Emotional Rescue,” and our favorite Carly Simon’s “You’re so Vain.”

But really what gave Mr. Hilfiger that idea? ‘You’re so vain, Tommy thinks the clothes are about you.’ Stream lined, Saville row inspired, retro 60’s and perhaps a touch of the other American classic –Ralph Lauren as the sleek, Jay Gatsby sat back and absorbed this bonanza to American individualism and the redefining of classicism. 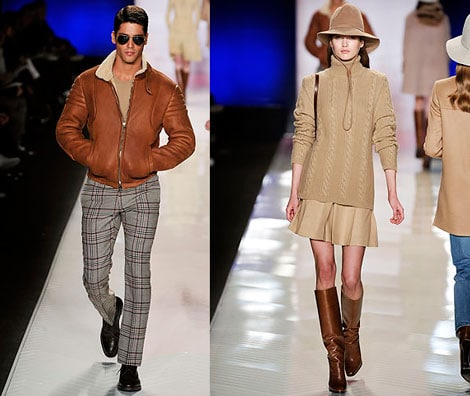