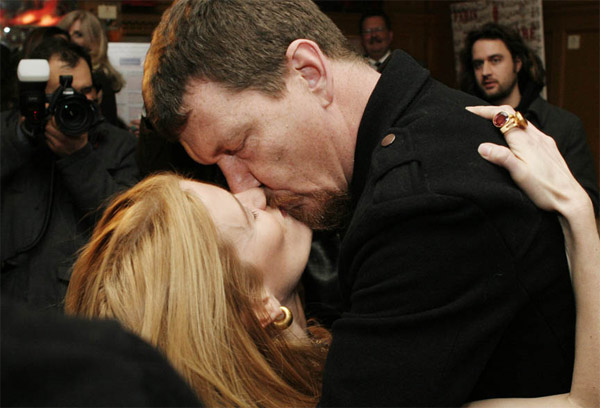 In what kind of world do all the major publications send their young journalists to a cumbersome club, flood the place with pint sized cocktails, and instruct them to queue themselves in order attain an interview with two B-list reality celebrities? The kind of world where you have to wonder out aloud what the dramatic appeal of scripted reality show is all about. But then again one can become star struck or not by the high cheek bone legions who came along Tuesday night, intrigued by the show in front of you and the idea of the perfect cougar…

Before I arrived at Bruno Jamais I wasn’t sure exactly what this party was being thrown for – the soon to debut second season of Real Housewives of NYC, Alex McCord’s rumored Playboy pics, or possibly a new Guinness World Record called the media clown car. But after talking to Alex and Simon’s agent Jason, I was informed that it was to publicize a new book by the couple about good parenting. Such is the conduit of information passed onto a young journalist.

Ok. Time to take care of some business.

SCV: What are your thoughts regarding the evening? 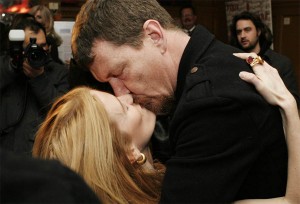 Simon: It’s pretty awe inspiring in a way, it’s one thing to be on television and having people watching you anonymously, but it’s another to have an event that’s essentially in your honor. KMR did a great job putting on the event with Bruno Jamais. There’s a great turnout on a very cold night here in NYC.

That’s true I suppose. So how’s the book coming?

Simon: The book is coming really well, we’ve got some people here tonight that are interested in it – it’s just hard to find the time. Between our full time jobs, doing the show, doing publicity for the show, and having two wonderful boys, it’s between the hours of 5 and 7am that we have to try to get up and write.

Alex: Yeah I mean, if I weren’t writing a book I’d be working out.

SCV: (Laughing) Well that’s just excelsior. Ok, I’m almost finished then. Ummm… Oh, so I just got a new haircut. Am I looking debonair for the women tonight?

Simon: It looks shorter on this side than it does on that side.

Simon: You have to walk into the wind a bit it seems.

Alex: I tell you what; I don’t like a boring haircut.  I really don’t – and your haircut is definitely not boring. It’s great. 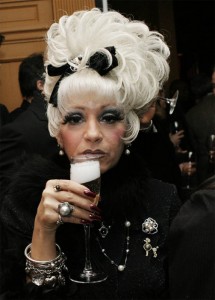 Armed with my mammoth concocktail, I grabbed a few crab cakes and started chatting up this attractive 50-something. Every time I brought up an interesting topic or shrewd observation, she kept dragging the conversation back to some kind of facial mask I should be wearing before bed that would apparently reduce my pore size 30%. After around 2 minutes of this I finally asked if she was a saleswoman or a guest of the party. Evidently she is the CEO of an upstart cosmetics firm.

The next woman I approached was a tall and beautiful Persian type wearing a great little black dress. Again, I started talking about current events blah blah blah, but she kept strangling the conversation with mundane chatter about some new vineyard or something. I thought, I swear on the Torah this woman represents a bottling company. I asked for her card and sure enough, _____ _____ Fine Wines. 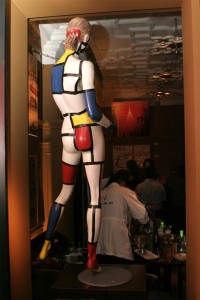 I started looking around and realized that everyone – besides the media at the event – was set up in little booths and selling some sort of booze, skincare, or fragrance. It was like a strip-mall with complimentary drinks. In other words it was like coming to see a Pirandello play – ‘Six characters in search of an author,’ but I like to think of it more like- ‘Six thousand paparazzi in search of a desperate reality.’