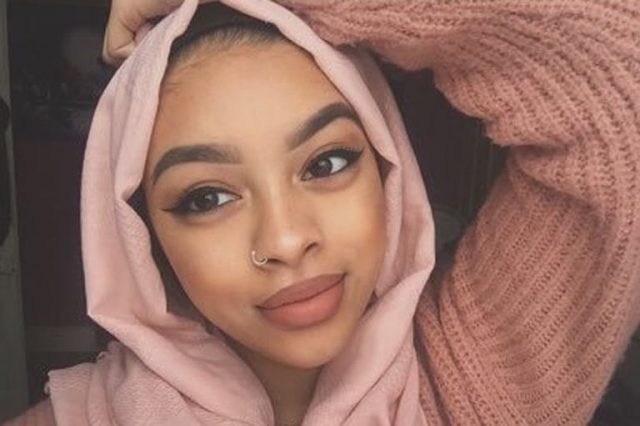 Celine Dookhran an Indian Muslim teen is killed in an honor killing after dating an Arab Muslim man. The propagation of subservience of women for family reputation at any cost.

Friends and fans of 19 year old South London woman, Celine Dookhran paid tribute the the aspiring make up artist after she was allegedly kidnapped and murdered in an apparent honor killing.

Notice of Dookran’s death came after the Indian teen’s body was found at a multimillion dollar home being renovated last Wednesday reported the BBC.

At the time a second woman had also been had also been kidnapped and was suffering from stab and slash wounds, tipped off authorities after she managed to escape.

Prosecutors allege Dookhran had been kidnapped, tasered, raped and killed over her ‘relationship with an Arab Muslim’ man.

The surviving victim recalled how the pair had been bound and gagged by masked men last week before being kidnapped and transported to a house where they were both raped and Celine was murdered.

Another 28-year-old man Vincent Tappu was charged with kidnap of both women. A third person, a 29-year-old woman, was arrested on suspicion of assisting an offender reported the Independent.

Prosecutor Binita Roscoe told the court: ‘The deceased was involved in a relationship with an Arab Muslim and the family members didn’t approve of this relationship because they are Indian Muslims.’

The court heard how the Dookhran’s body was allegedly found intact in a freezer after being tasered and assaulted. A post-mortem described her cause of death as a wound to the neck.

Ms Dookhran, the eldest of three children, was born in Wandsworth, inner London, in 1996 and was passionate about make-up.

An honor killing, or honor-based violence, can occur as punishment when relatives believe a person has brought dishonor to their family name, often by running away from a forced marriage or by engaging in a relationship with somebody from a different religion or culture.

“In most honor-based abuse cases there are multiple perpetrators from the immediate family, sometimes the extended family and occasionally the community at large,’ explains charity Karma Nirvana.

The killings come as women are perceived as subservient to the family’s will and place in society, often groomed to take her ‘proper’ place in the pecking order carefully constructed by families.

Ms Dookhran’s social media account, which has since been removed, showed a final message on July 11, saying ‘Alhamdulilah (praise to God) for everything that’s all I can say.’

Arshid will appear at the Old Bailey on Wednesday, July 28 before both men face court again on August 21.

Rest in peace #celinedookhran. Honor killing is a cultural issue NOT a religious one. God it angers me that something humans can be so vile

Such a dreadful read about this gorgeous young girl @Celine_Dookhran falling in love with the ‘wrong muslim’ honour killing must stop R.I.P