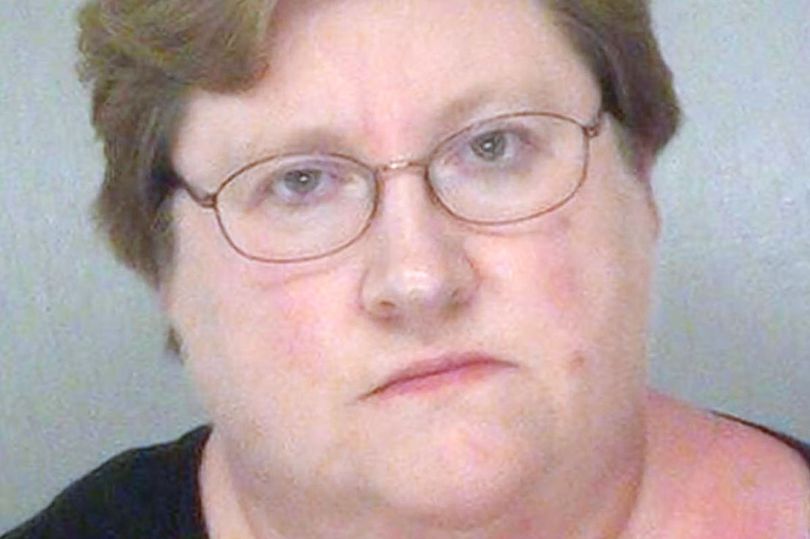 Elisabeth Cannon is arrested after shooting a black teen in the head who she believed to be a ‘bad black person’ after ongoing run ins.

Elisabeth Cannon a 47 year old Macon, Georgia woman has been arrested after shooting a 15 year old African American boy in the head as he walked past the woman’s house.

The black teen, Vernon Marcus Jr is now in critical condition as he fights for his life in hospital notes a report via the New York Daily News.

Upon her arrest the woman was charged with two counts of aggravated assault. At the time, Cannon said she had only been acting in self defense.

The incident happened according to a statement released by cops came as the victim walked past the woman’s home with a group of friends just before 8pm, Monday night.

Hours prior to the shooting, Cannon had called the Bibb County sheriff’s office because ‘kids were throwing rocks at her home,’ an official said. It was not immediately clear if Marcus, who lives nearby, had thrown any rocks.

Told the woman upon her release via WMAZ-TV: ‘I’m not an evil person or a bad person.’

Cannon, who lives with her husband and 16-year-old daughter, claimed Marcus and several of his friends had been hurling rocks at her house for months and that ‘things got worse’ after she called police last week.

Reiterated the woman who lives with her husband and 16 year old daughter, ‘They’d get the biggest rocks,’ adding they had caused ‘dings’ and ‘dents’ to the house and the family’s two cars.

Adding: ‘When they would see us in the yard, they would glare at us and say ‘I know you’re the ones who called police on us.”

A Bibb County deputy came to the house recently and told the teens that they weren’t allowed to be near the premises, Cannon said.

Then, on Monday evening, Cannon said Marcus and his friends came back while she was in the front yard.

Told the woman: ‘I saw them out of the corner of my eye,’

‘The barrage of big rocks started, not just at my car and house, but me. I started shooting in their direction. They started running.’

Adding: ‘Maybe it wasn’t the best decision to make, but I thought eventually they might hurt us.’

Cannon was already complaining about how dangerous her suburban neighborhood had become back in 2013.

‘I have some really good black neighbors, but the good blacks won’t get onto the bad blacks,’ she told the Macon Telegraph in an interview about the small city, which is some 80 miles south of Atlanta. ‘You try not to profile but at the same time 99.9% of the crime is going to be, most often, a black male.’

Cannon added she’s able to differentiate between the ‘good’ and the ‘bad blacks.’

‘You can tell if they’re just out walking for exercise or going to the store or whether they’re up to something,’ she said.