A Nigerian mother has been arrested after allegedly dumped her newborn baby in a bin at an airport toilet because she didn’t want to miss her connecting flight.

The baby was discovered by a cleaner inside a plastic bag at Vienna’s Schwechat International Airport, only to die later in hospital in the early hours of Thursday, November 10 notes a report via the mirror.

About 30 minutes later, at approximately 2 a.m., the child’s mother, 27, was found sleeping in a waiting area located further inside the airport, drenched in blood due to the delivery of the baby.

According to local media reports, the mother was traveling from Minsk, Belarus, to Washington DC and had ‘resorted’ to dumping her newborn baby because she did not want to miss her connecting flight.

A police spokesman said she was ‘found bleeding in the waiting area’ and taken to hospital.

Nigerian Mother ‘Dumps Baby At Vienna Airport So That She Didn’t Miss Her Flight https://t.co/Fu0c6Gw5DN

During questioning the mother said she thought her baby was stillborn, although officials said that the child died in hospital ‘due to a prolonged lack of oxygen’.

A post-mortem examination is due to take place to determine the exact cause of death.

The woman, who is a student, is currently being held in custody. What she planned to do upon arriving in Washington D.C is yet to be necessary understood.

Prosecutor Friedrich Koehl has said that the woman will be investigated on possible charges of ‘suspicion of killing a child at birth’.

According to Article 79 of the Austrian Criminal Code the offense carries a sentence of up to five years in jail.

The identity of the child’s father is not yet publicly known.

Yet to be necessarily understood is why the woman made no overtures to authorities for assistance and how she came to travel so late in her pregnancy…. 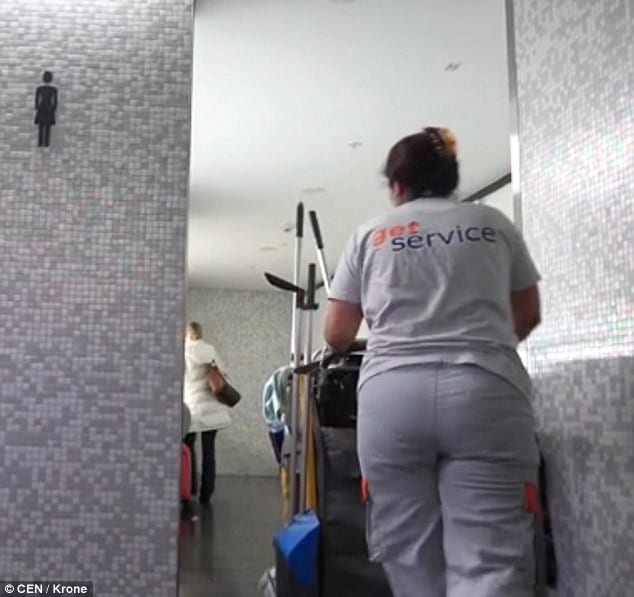