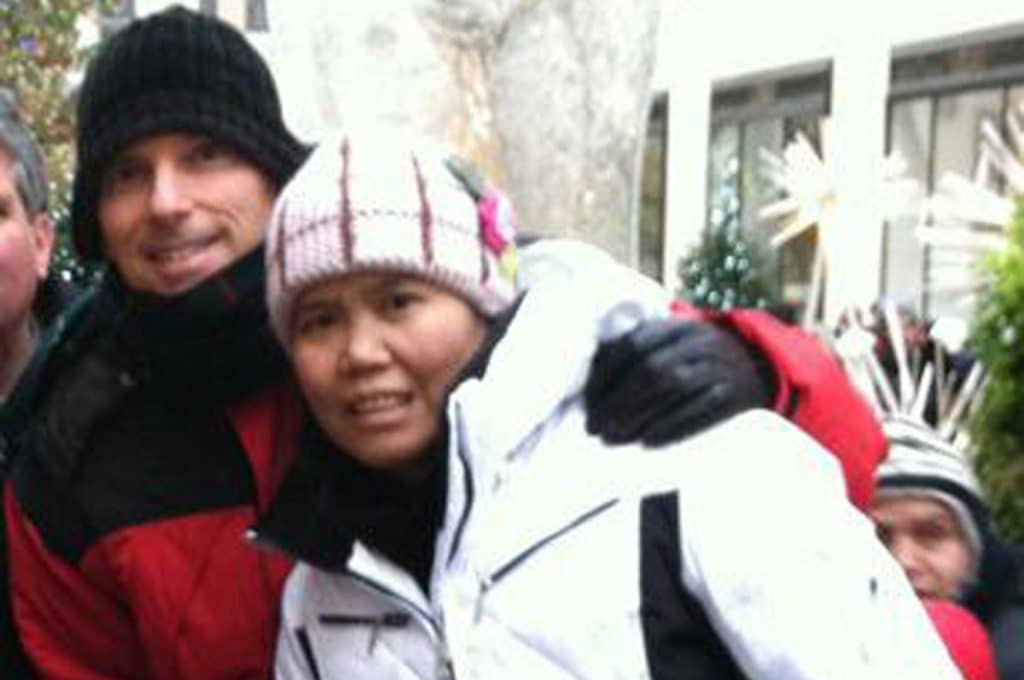 Family members of Connie Watton a Queens woman who was shoved onto the path of an oncoming Times Square subway train speak of their horror and shock.

The family of the 49 year old woman, Connie Watton pushed in front of a Times Square NYC subway train Monday afternoon have told of their shock and grief upon learning of their beloved family member’s fate.

In an interview with the nypost, a relative of the slain Astoria, Queens woman said that the married woman was much beloved and had worked as a chef in Manhattan.

Added the brother after news that his sister had been indiscriminately thrown to her death at the hands of 30 year old schizophrenic woman Melanie Liverpool, ‘Out of a million people, this had to happen to her?’

Added the brother who’d declined to give his name: ‘She was honestly the most caring, loving, honest person I ever met. She would never hurt anybody. She never feared the city.’

The relative went on to tell that Connie Watton’s husband was devastated with news of his wife’s tragic death.

‘He’s not doing very well. He’s in total shock,’ the relative said. ‘I hope she [Liverpool] gets prosecuted to the fullest extent of the law.’

It is believed the two women had never met each other before and had become embroiled according to witnesses in an argument moments before Liverpool-Turner pushed Watton onto an oncoming train.

Melanie Liverpool Turner, who has a history of mental illness, shoved Watton in front of an oncoming downtown No. 1 train Monday for no apparent reason, law enforcement sources said.

Witnesses informed nearby transit officers, and Liverpool was placed under arrest, sources said.

While being handcuffed, Liverpool admitted that she had previously ‘pushed someone onto the tracks,’ the month before.

Previously, she claimed that she pushed a German college student onto the tracks in an Oct. 19 incident at Union Square station. But cops said the 19-year-old student was upset over a recent breakup with her boyfriend, and took her own life.

Nevertheless police have taken to checking the suicidal’s woman’s death to see if and how Melanie Turner may have been also involved in that death or as some believe come to be inspired by the depraved death? Others meanwhile question whether the random act of violence against Watton was predicated on race bias…?

Man Killed After Being Shoved In Front Of Times Square Subway Train https://t.co/FVm0d7AC6z

#REPORT A person died after being pushed in front of the 1 train in #NYC! Full story belowhttps://t.co/f6HZol5mcl