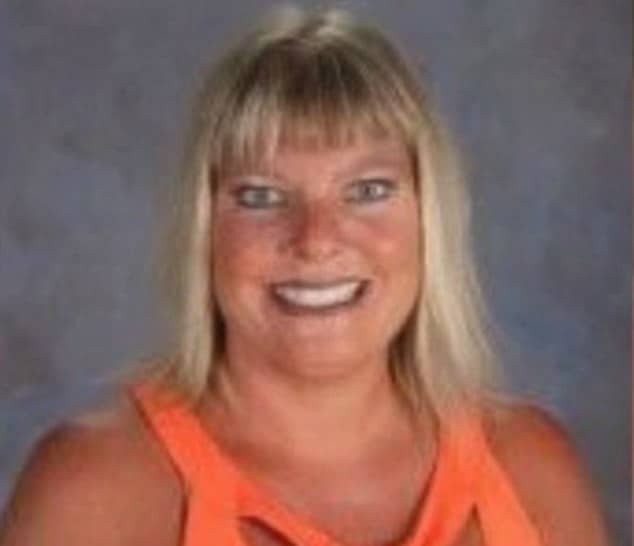 Jane Wood Allen a Forsyth County a teacher’s aide has been fired after making racist comments regarding Michelle Obama on Facebook. Right move?

Jane Wood Allen a Forsyth County, Georgia teacher’s aide has been fired after calling Michelle Obama a gorilla on Facebook.

The ‘paraprofessional’ was let go of her post at Chestatee Elementary School in Gainesville on Monday according to the Forsyth County Schools Facebook page. She had worked for the school district since 1989, according to Forsyth News.

Wrote the school district: ‘Effective Monday, Oct. 3, Jane Wood Allen has been relieved from duty and is no longer an employee of Forsyth County Schools,’

‘Racism and discrimination are not tolerated in our school district. We are committed to ongoing staff training on the acceptance of all individuals,’ wrote the school district.

‘How is she going to function in the real world, by not having all of her luxurious vacations paid for anymore? She needs to focus on getting a total makeover (especially the hair) instead of planning vacations. She is a disgrace to America!‘

In a subsequent post, she reportedly wrote, ‘I admire a gorilla more that I admire her. (Wait I forgot, she is a gorilla)! She is the worst example of a First Lady ever! (Oh sorry, I meant gorilla not First Lady)!’ according to CBS46.

What inspired the teacher to post her racist rant has yet to be necessarily revealed.

According to a report via the nydailynews, Allen was demonstrated to have a history of other racist comments, with screen grabs showing what appears to be Jane Wood Allen telling a Muslim woman in a news story ‘You have no business in the USA anyway!’ while also poking fun of a student’s name.

‘The woman has worked for the school system for 27 years. No telling how much she has damaged kids across the years,’ King wrote on Facebook. The hundreds of comments on the school district’s Facebook page were virtually all in favor of Allen’s termination, with many condemning the teacher for having made discriminatory comments despite her employment representing that of the school district.

Others meanwhile wondered if the school board had gone overboard in dismissing the teacher’s aide despite having made the comments on her own personal Facebook page, questioning to what degree political correctness played a role in Allen’s dismissal….