What led to Daniel B Rowe setting up on an interracial couple kissing? Did racial motivation play a part in stabbing? Indicted on second degree assault.

Pursuant to his arrest, the Olympian reports the man who was heavily covered in white supremacist tattoos told police he was offended when he saw the interracial couple making out. At the time the pair were standing outside of a bar kissing each other when Rowe approached them.

Police told of Daniel Rowe grazing a 35 year old white woman with his knife while managing to plunge his knife into her 47 year old African American paramour. In turn, the man gave chase to Rowe who tripped and fell into a car and was knocked unconscious.

Police said that once they arrived at the scene of the stabbing, Rowe made several racist comments that led them to believe the attack was racially motivated.

Upon his arrest, Daniel B Rowe told cops if they released him from custody, he planned attending a pro-Trump rally and attack Black Lives Matter protesters.

The couple told police prior to the attack, Rowe having said nothing to them before setting upon them. Neither victim suffered life threatening injuries.

Since his arrest, Rowe has been charged with two counts of second-degree assault with a deadly weapon and one count of malicious harassment according to a report via Channel 4-KOMO News. Not necessarily understood are if hate crime charges are pending.

Previous convictions includes Rowe being indicted in 2008 for second-degree robbery.

Rowe — who has a ‘white power’ tattoo and a Confederate flag tattoo told police that he belonged to a white supremacist group and said that he swore a ‘blood oath’ to fight with minorities in the streets. 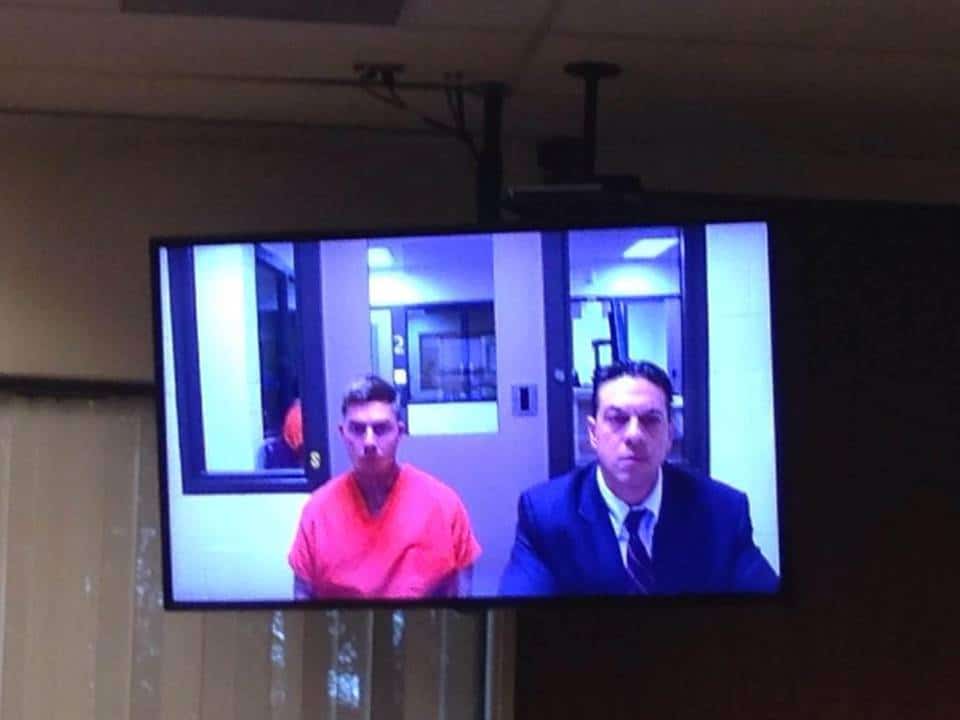