What led to Armin Schmieder an accomplished base jumper plunging to his death. Inadvertently live streams his own death.

Armin Schmieder an Italian wing suit pilot aka base jumper has caused disconcert after live streaming his own death after a jump in the Alps went deadly wrong.

The daring live jump had been broadcast on Facebook as the 28 year old as he set out from a mountain top near Kandersteg, Switzerland, a popular BASE jumping location.

Told the 28 year old base jumper into a self deployed camera trained on him: ‘Today you fly with me’ before leaping.

Narrating in German, Armin Schmieder laughs and smiles as he then dons sunglasses and a helmet fitted with a camera as he now prepares to make his jump.

After readying himself and jumping off, a shout could be heard and then an impact.

All of which is caught live (see below) on a 7-minute, 11-second long Facebook video.

The incident according to the Zurich daily Blick led to distressed followers sending messages asking that Armin Schmieder ‘write or say something.’

But all that could be heard on the video was the sound of cow bells.

Asked anxious relatives: ‘Where is he? And what happened? Could I have information … ‘

In the hours after the incident, police spokeswoman Jolanda Egger said the ‘accident’ was still being investigated.

A friend of the base jumper told of Schmieder living in Freiburg and having a young child.

Added the friend: ‘He was an experienced skydiver, but flew only a year with the wingsuit.’

The incident according to the dailymail is the latest tragedy to hit the sport and comes just days after Alexander Polli, one of the world’s most celebrated and daring wingsuit pilots, died after crashing into a tree during a flight.

The accident happened in the Couloir de l’Ensa mountainous area in Chamonix in the French Alps. 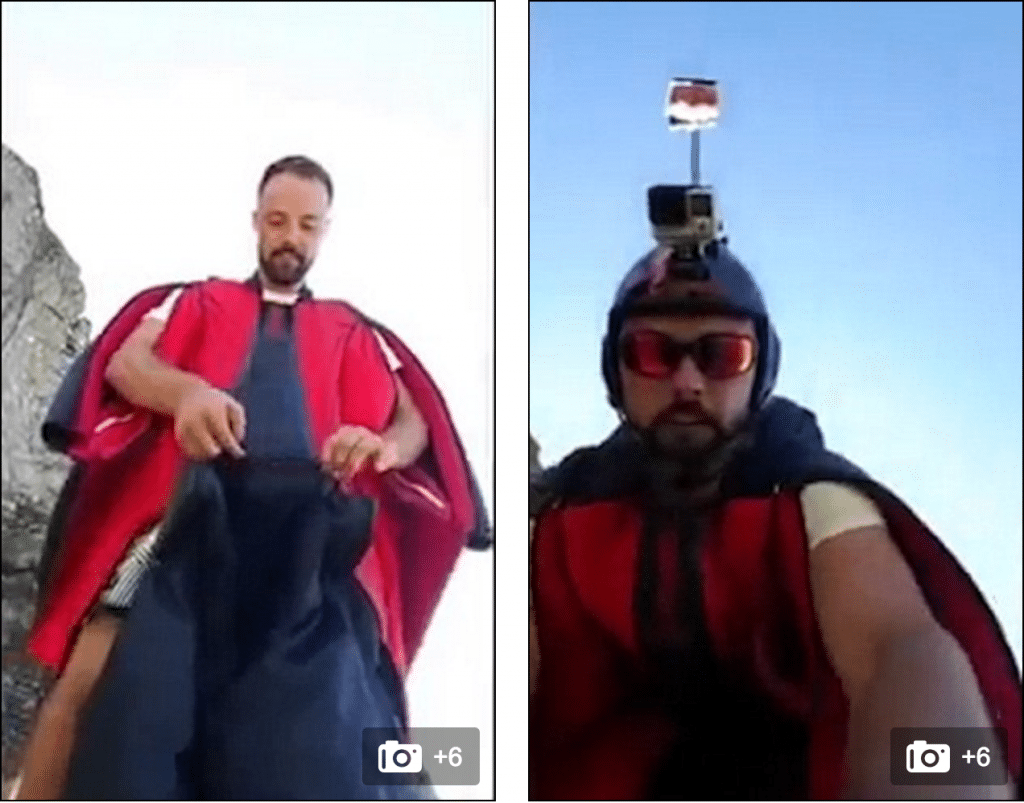 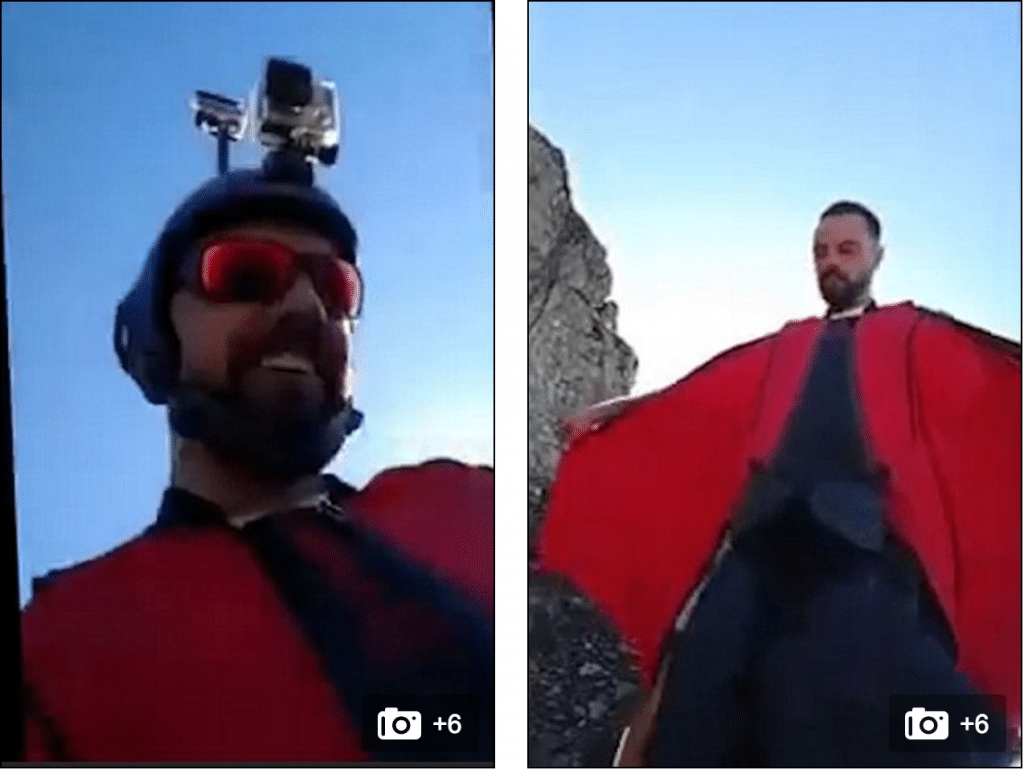