The names of two teens have been released in the aftermath of the Fort Myers shooting which left two dead and 16 injured, with four requiring ongoing medical attention at hospital.

The youths died just after midnight after gunmen drove by and fired off a series of rounds at a parking lot just outside the Club Blu Bar and Grill in Fort Myers, Florida during a teen disco night theme.

Police told of both youths who had been standing on an adjacent street  corner being fatally struck by gunfire, with Stef’an Strawder dying after being hit in the stomach .

Of note, also shot was the the local basket ball star’s sister, Sharelle, after being hit in the leg according to a report via News Press. Both Stef’an Strawder and his sister attended nearby Lehigh Senior high school.

Tragically Stef’an’s death after the teen, a Division I college recruit had gone on social media asking friends if they were attending Sunday night’s event?

Wrote the teen: ‘I’m Thinking About Going To This Party Who All Going?’

In the aftermath of the shooting, social media has been flooded with tributes to the deceased teen from family and friends.

Read one post via Dedrick King Douglas: ‘This kid was going places. Don’t let his size [fool] you, he was the best baller in the hood,’

‘That man was literally that gas on the court,’ Acee Smith wrote on Facebook. ‘I’m talkin bout three after three. I told that boy he can’t play nomo cause he cheating.’

News of the death of other victim, Sean Archilles, 14 led to relatives telling that the venue should have security.

In the aftermath of the shooting, Fort Myers Police Department Capt. Jim Mulligan told that at least three individuals were in custody, along with authorities having recovered the weapons used in the shooting.

That shooting would later be described as the worst gun massacre in US history.

In the aftermath of the shooting, local reports tell of four individuals recovering at hospital, with one victim in critical condition. Other initial victims sustaining minor injuries have since been treated and released. The ages of the injured ranged from 12 to 27 years old.

Asked what prompted the Fort Myers nightclub shooting, Fort Myers interim police chief Dennis Eads responded that the motive remain unclear but believed that the shooting didn’t appear to be linked to terrorism.

That said questions are abound as to why gunmen targeted the venue, whether it had been planned or whether it came as an indiscriminate shooting after reports of more gunfire erupting nearby at two separate locations as up to three gunmen were observed firing off rounds at houses and cars.

In the aftermath of the Fort Myers shooting tragedy, Club Blu posted a message on Facebook in which it told:

‘We are deeply sorry for all involved. We tried to give the teens WHAT WE THOUGHT WAS A SAFE PLACE TO HAVE A GOOD TIME. Ages 12-17. There were armed security as well as full security, inside and out. As the club was closing and parents were picking up…. that’s when all this took place. There was nothing more we could of done az you see it was not kids at the party that did this despicable act.’

The shooting comes a week after the Blu Club venue hosted a ‘Girls go Wild’ party dubbed the ‘no panties edition’. 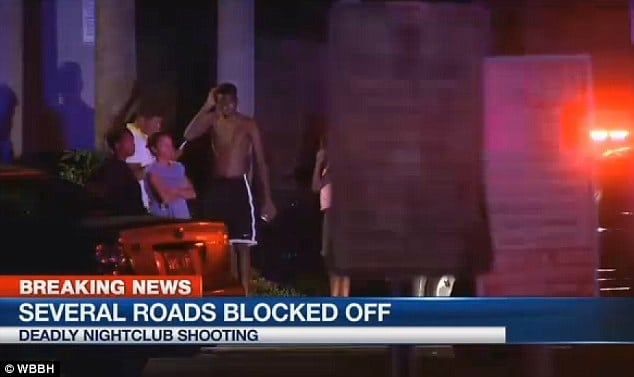 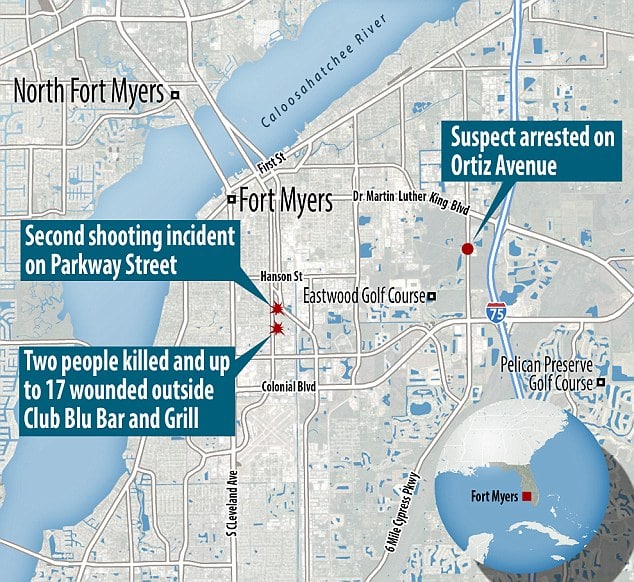