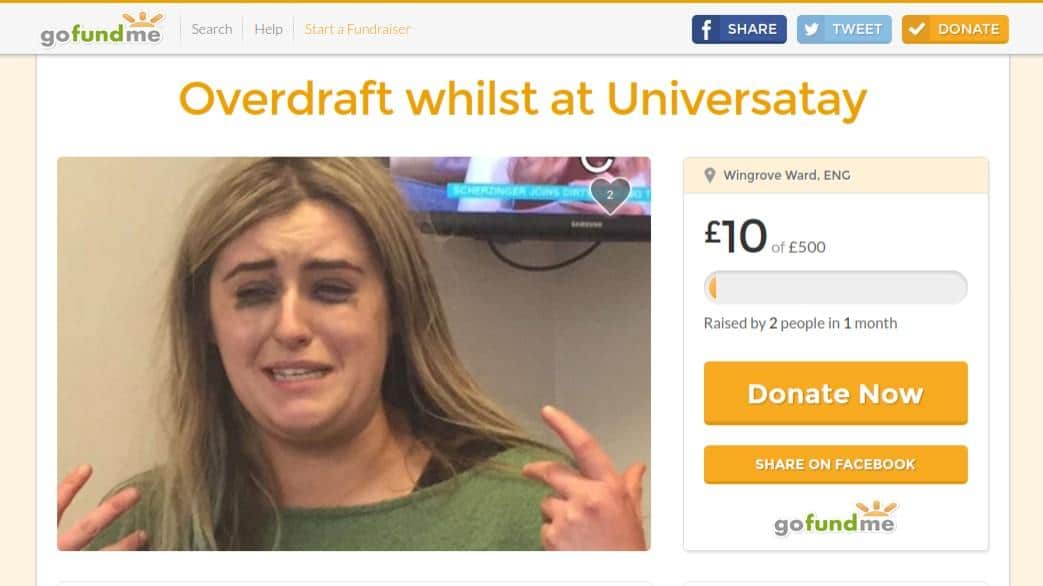 How Emma McCormick’s tongue and cheek fundraiser to pay off her partying habits in lieu of spending her student loan has been ill received. For now.

Will you be donating to Emma McCormick’s gofundme page? That is the question on some people’s lips after the Belfast, Ireland 18 year old blew through her student loan partying and has now launched an online campaign for donations to clear her overdraft arrears.

To date, the ever hopeful Emma McCormick, a first year history and politics student at Newcastle University has raised a scant 10 pounds (out of a suggested target of 500 pounds- $720 USD) two months after first setting up her account. (to be fair Emma has raised another 10 pounds since getting media airplay over the weekend…).

Undaunted the university student told once ‘others find out’ about her situation, people will ‘help a student out.’

But for reasons not necessarily understood, (or are they?) pledges have been exceedingly slow to materialize. At least for the interim.

According to a report via the sun, McCormick ran up over a thousand pounds in debts after spending through her student loan on alcohol, clubbing and trips to other cities.

Told the student: ‘It wasn’t even that much,’

‘We were in my flatmate’s bedroom and I checked my bank balance and I had gone into my overdraft quite badly.

‘It was just a general accumulation of everything — going out, alcohol, make-up, going to coffee shops, this that and the other.

‘I was quite frivolous with spending money like any other student is.

‘I actually work in Next and I think because I was getting some money in as well, I didn’t realise that money does not last forever.’ 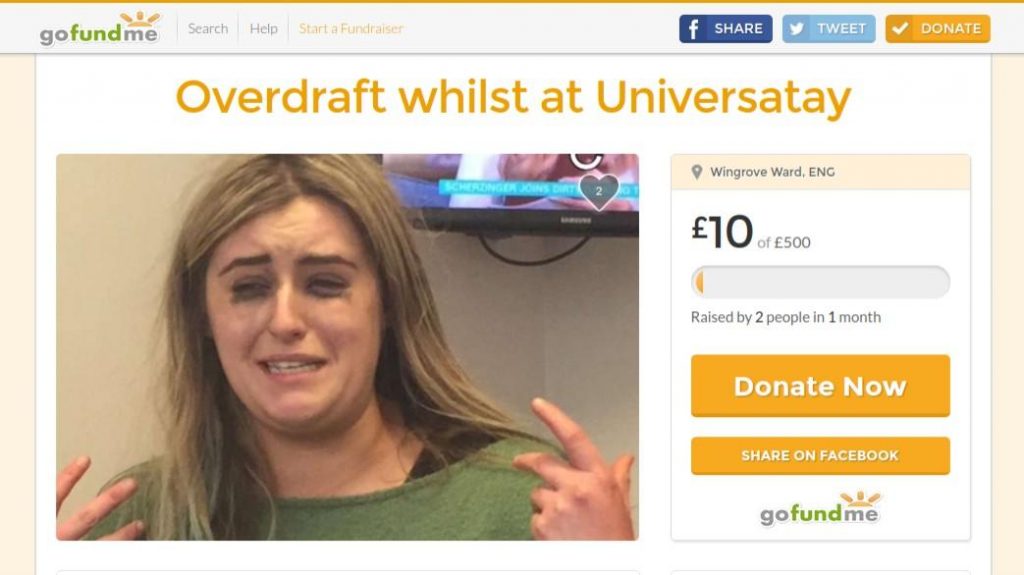 Despite her partying habits, Emma McCormick stressed that not all her loan went on herself.

According to the student who is believed to have taken a student loan in the range of £1,500, most of the money went on visiting friends in other UK cities.

Recalled McCormick, who conceded visiting the cities eventually added up: ‘I went to Glasgow three times, Edinburgh once, Liverpool twice and I got a flight to Bristol.’

According to a report via the independent, Emma McCormick decided to make the GoFundMe account after being inspired by Kanye West — who set up a similar campaign to clear his debt.

‘Kanye West had set up a page,’ she said.

‘He went into all this debt and I was reading an article about it.

‘He said he wanted to make back the money he had spent making the album.

‘He was asking someone from Apple or Facebook to give him money.

‘And I was talking to my friends back home. They said odds on you, you make a GoFundMe page. It all happened in one night.’

Except as some of you might suspect, unlike Kanye West, Emma McCormick is not an international superstar who is highly tooted 24/7 and happens to be married to the queen of all publicity, Kim Kardashian, ensuring anything and everything (until the glass ceiling one day implodes) he touches turns to gold and then some.

And what will Emma do once (and if she ever?) clears her current overdraft balance?

Reflected the student: ‘I really want to do South America,’

‘Lots of people have done Thailand in their gap year.

‘And I kind of want to take a year out after my degree and see as much of the world as possible.’

Go here if you feel like giving Emma some more beer money or at least pay off last summer’s trips. 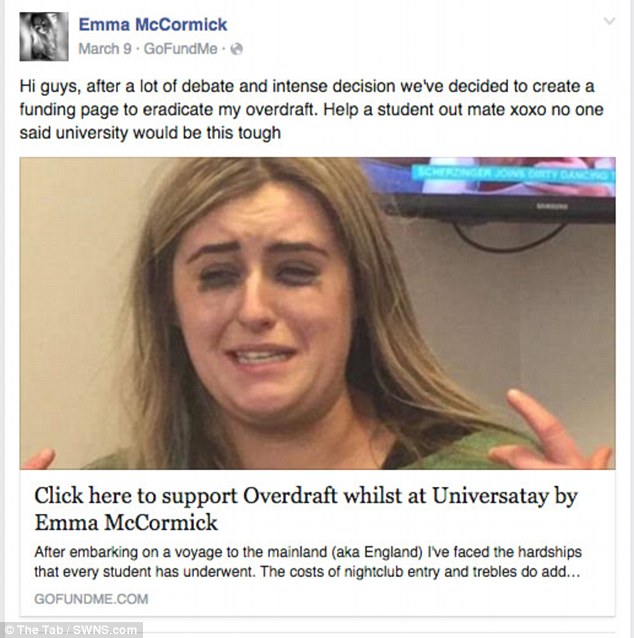