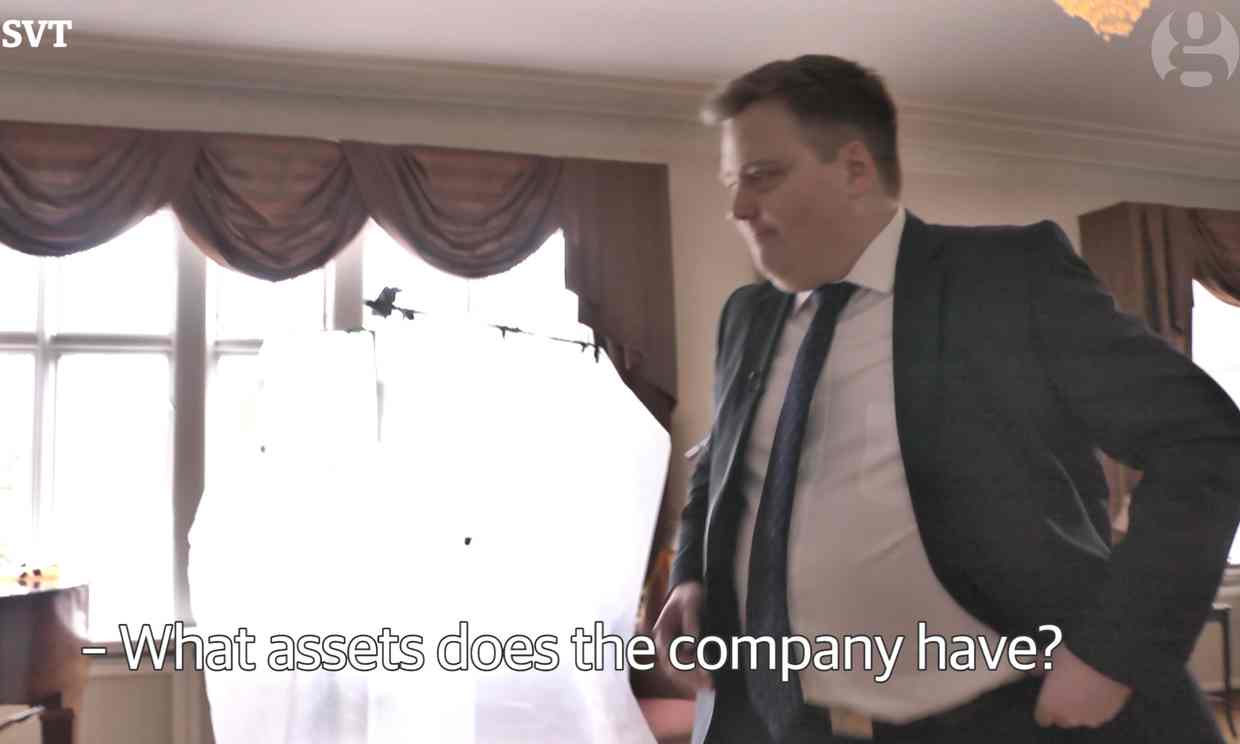 Did Sigmundur David Gunnlaugsson lie about financial dealings that may have affected his stance & policy towards Iceland’s banks? Panama Papers fall out commences.

Calls for the man’s resignation come after leaked Panama Papers claim Sigmundur David Gunnlaugsson and his wife used a secret British Virgins Island based firm to buy back bonds in 2009 after Iceland’s financial system collapsed in 2008 after the Nordic state’s financial sector piled on mortgage backed assets which went belly up.

The name of the secret British Virgins Island securities firm has since been identified as Wintris Inc., with allegations that Sigmundur David Gunnlaugsson and his wife, Anna Sigurlaug Palsdottir set up the fund in 2007 and along with failing to declare his financial interests upon becoming an MP in 2009.

Calls to have the politician sanctioned and a snap election called come after Gunnlaugsson appeared on Swedish SVT over the weekend where the man deflected questions before storming out.

At the time the Icelandic PM was asked whether he had ever used a secret offshore firm to hide millions of dollars while his country’s banking system collapsed that the PM snapped, ‘ I don’t know how these things work. I have never hidden assets. It’s a bit like you’re accusing me of something.’

Upon refusing to answer the question the PM got up to end the interview.

Whilst motioning to leave, the interviewer tells him: ‘We know that Wintris held and holds claims in the collapsed banks. You sold you share of the company for $1 in 2009.’

Responds a flustered Sigmundor David Gunnlaugsson before finally leaving the room: ‘No, no, no. You’re asking me nonsense’.

The scandal in Iceland centers on whether the PM’s own company was owed money from the collapsed banks.

If so, he could have had a conflict of interest when he discussed how much people claiming back money from those banks should get.

A spokesperson later insister the PM and his wife scrupulously following the law.

Questions with respect to the Icelandic PM’s dealings come after being one of 12 world leaders implicated in 11 million documents leaked from secretive Panamanian law firm, Mossack Fonseca.

Thrown in the mix are also Hollywood celebrities including Jackie Chan and Barcelona football star Lionel Messi who are also alleged to have also used tax havens.

(Free) What do we know so far about the Panama papers? https://t.co/ujgNLbulqo pic.twitter.com/0wPkWSmEed

To date the source of the leak has yet to be revealed after German newspaper Suddeutsche Zeitung first obtained the files, before passing them on to the Consortium of Investigative Journalism.

Ironically, allegations of impropriety come as Sigmundur David Gunnlaugsson’s 2013 ascent as prime minister was based off the back of public anti-bank anger in the aftermath of the Icelandic financial meltdown.

Since his business dealings have come under question, the politician now faces a no-confidence vote and calls for a snap election.

He is among a number of world leaders, celebrities, British politicians and the global rich who have been revealed in 11million documents in the biggest financial data leak in history.

Documents claim Gunnlaugsson and his wife used offshore company, Wintris Inc., in the British Virgin Islands to hide millions in bank bonds when Iceland’s banking system crashed and its lenders had to be bailed out.

A report via Iceland Monitor has told of the opposition party Monday morning motioning a vote of no confidence against the government.

Fall out has been heavy, with Birgitta Jónsdóttir claimed the Prime Minister had been exposed as ‘a charlatan and a liar in an advanced state of paranoia’.

Joining the fray was a former prime minister who urged Sigmundur David Gunnlaugsson to resign after the International Consortium of Investigative Journalism on Sunday released 11.5 million financial records detailing the holdings of a dozen current and former world leaders.

More than 16,000 Icelanders have also signed a petition demanding his resignation, while the opposition has said it will seek a vote of no confidence in parliament, likely to be held this week.

Responding to allegations of having essentially acted as a conduit to facilitate morally dubious and legally foul arrangements, the implicated Panama law firm, Mossack Fonseca told in a statement today: ‘Our firm has never been accused or charged in connection with criminal wrongdoing.

‘If we detect suspicious activity or misconduct, we are quick to report it to the authorities.’

Gerard Ryle, director of the International Consortium of Investigative Journalists, said the documents covered the day-to-day business at Mossack Fonseca for the past 40 years.

He said: ‘I think the leak will prove to be probably the biggest blow the offshore world has ever taken because of the extent of the documents.’ 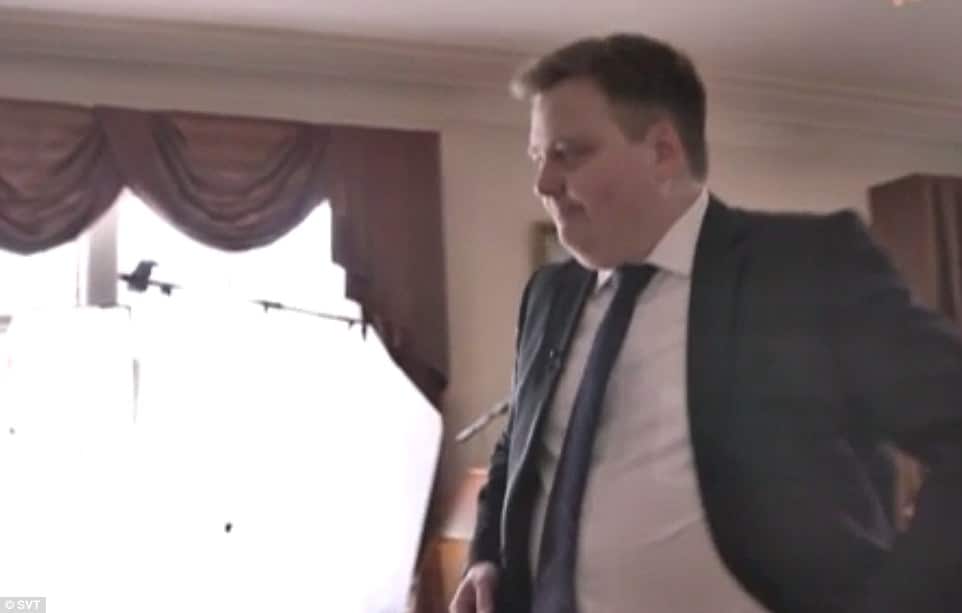