What led to Mary Hastings a Beaumont, Texas geometry teacher assaulting and mocking a student? A repetitive pattern finally caught on video?

Making the rounds is a disturbing video (see below) in which Mary Hastings, an Ozen High school teacher in Beaumont, Texas is observed beating up a pupil while shouting ‘you’re a idiot ass.’

The video which has since gone viral led to Mary A. Hastings being arrested and school authorities wondering how the teacher found the temerity to behave in the manner she did.

Booked on a misdemeanor count, the teacher who came on board three years ago now faces the possibility of termination, pending a school review. Hastings has since been placed on paid leave.

In the video, the geometry teacher is filmed swiping papers off a high school student’s desk before slapping the student not once but five times.

The 63 year old female teacher is then heard saying, ‘because you’re stopping him from graduating you idiot ass.’

From there according to a report via CBS News, Mary Hastings goes on to mock the student in front of fellow classmates.

Of question is what provoked the violence towards the student.

A fellow pupil at the school who witnessed the incident told 12news: ‘She was a cool teacher.

‘She wasn’t always bad but like when was ready to teach us for us to learn, she got serious. She was always a laid back teacher and cool with the kids.’

Another pupil who witnessed the browbeating, Atyra Deroune said she was still in shock over the altercation and claimed it had come about over a dispute about assignment grading.

Reacting to the fracas, Beaumont Independent School District spokeswoman Nakisha Burns said in a statement that Mary Hastings had immediately been removed from class after the incident.

‘BISD does not condone employees abusing any child and will not tolerate such conduct,’ she said.

‘The teacher was immediately removed from the classroom and placed on administrative leave pending action on her contract.’ 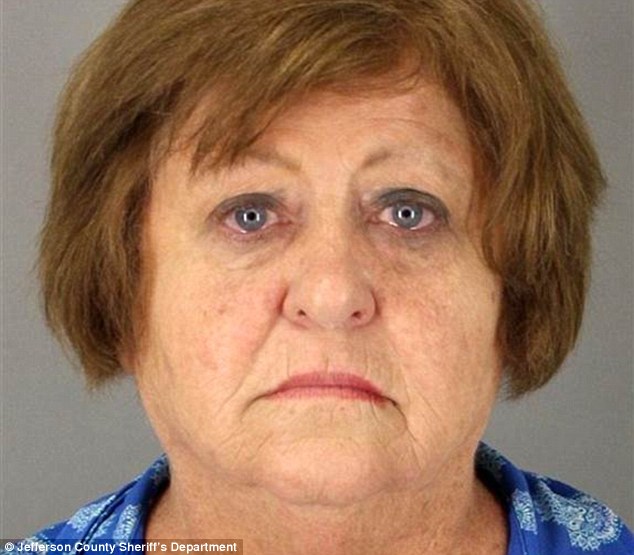 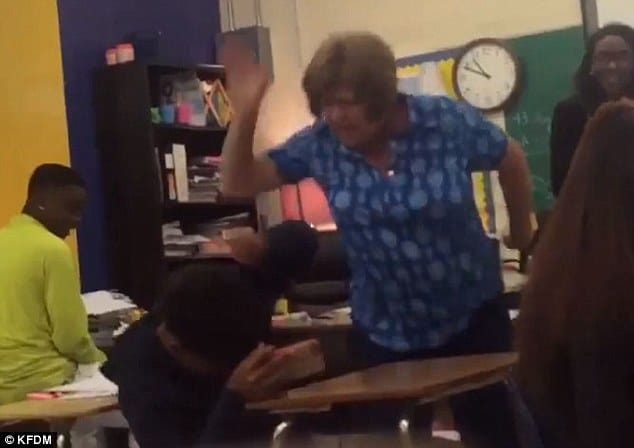 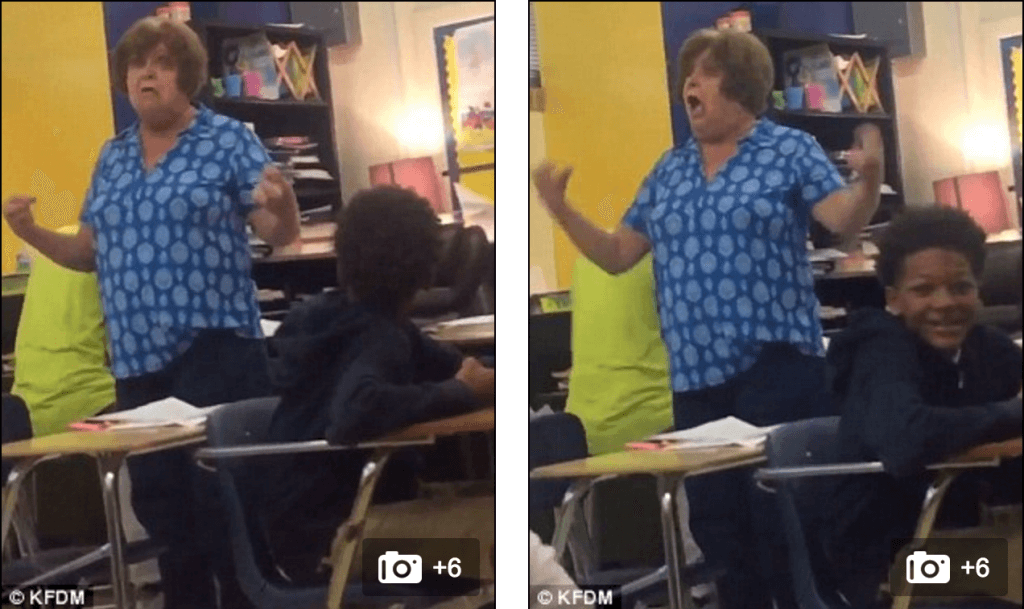 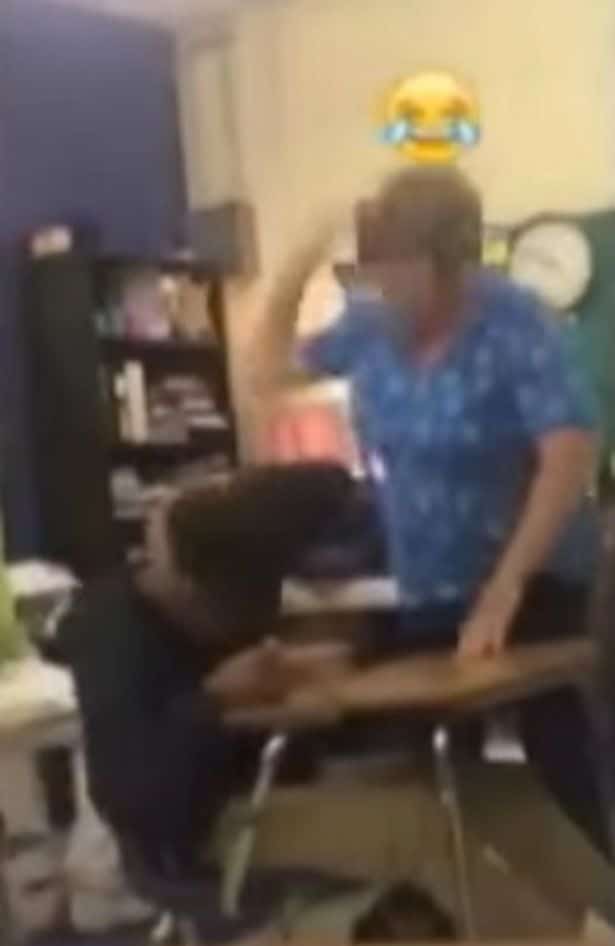