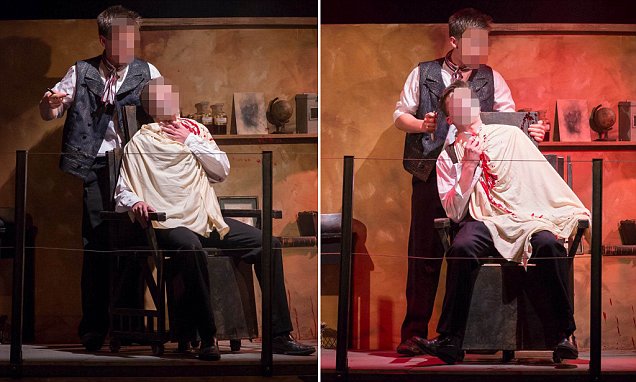 New Zealand Sweeney Todd razor blade: Was there any foul play? How did a dulled razor used during rehearsals suddenly lead to the cutting of real blood on stage?

Two male students had to be rushed to hospital after a New Zealand high school production of the musical Sweeney Todd in Auckland, went horribly wrong.

The mayhem in front of theater goers happened when a prop razor used in a throat sitting scene led to the cutting of the necks of two boys and sending them to a local hospital overnight.

Of particular note, it wouldn’t be until after learning the students had been rushed to hospital that the fake blood that they had observed on stage was in fact very much real blood.

According to a report via nzherald.co.nz, students at Saint Kentigern College were performing the opening night of Sweeney Todd before parents and other audience members Wednesday when things went badly wrong. Set in Victorian London, the musical depicts a barber who slits his customer’s throats with a razor and uses the bodies to make meat pies.

The owner of an antique shop where the razors were bought said the person he believed was a teacher at St Kentigern College had talked to one of his staff members about covering up the sharp edge.

The owner told of recalling a brief discussion about safety at the time of the purchase, ‘I know they discussed the safety element and maybe covering up the blade.’ 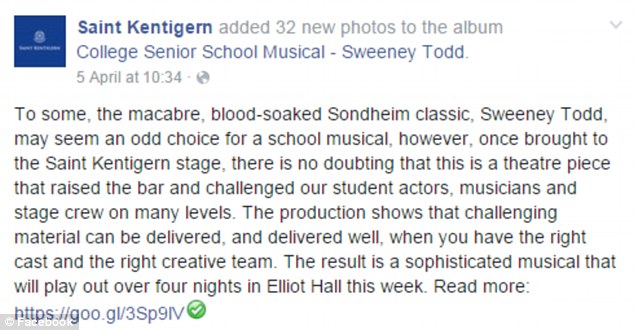 Local media reports quoted the head of Saint Kentigern College, Steve Cole, telling the razor used in the show was real but had been bound in duct tape. He said he has no idea what went wrong during a scene midway through the Second Act.

Perhaps the very idea of even using a real razor blade to begin with?

Told Cole: ‘It had been bound in Cellophane, bound in all sorts of things,’

‘It was very non-sharp, blunted, and had been through all sorts of health and safety checks. It was a very unfortunate mishap.’

He said the boys were released from hospital Thursday and were doing well.

Added the school official: ‘We’ve been keeping contact through the family and making sure the kids are OK.’

Cole said a performance of the play scheduled for Thursday was canceled but he hoped the show could resume Friday.

‘Obviously without those particular props,’ he added.

Exactly how the boys were cut on the opening night of the performance is still unclear, but New Zealand media have speculated that the wounds could have been caused either by a cut-throat razor prop or when the students were leaving the stage through a trap door.

Of note school administrators have told that the same blade had been used during rehearsals, which augers the question, was there any foul play?

Police and health-and-safety officials are investigating the incident. 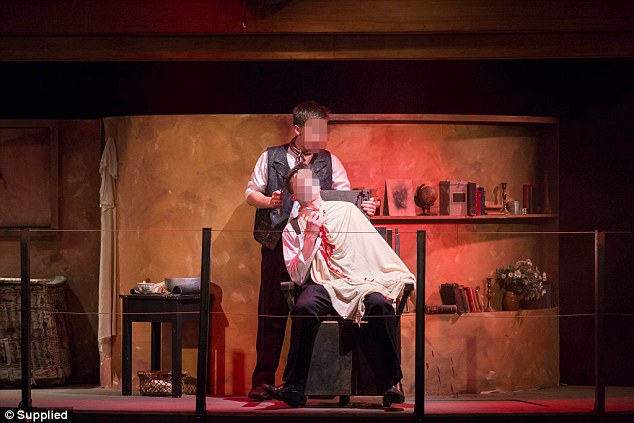 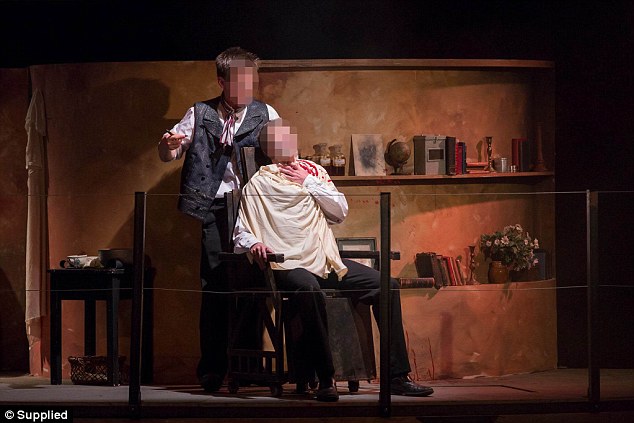