Sixteen year old Delaware girl, Amy Inita Joyner has died after a fight with a fellow female student over a boy escalated to her being jumped by a gang of other girls who slammed her head against a bathroom sink.

Matters came to a head after a fight broke out between Amy Inita Joyner-Francis and another teen before class circa 8.15 am at Howard High School of Technology, a vocational school in Wilmington, Delaware.

Students who’d witnessed the scuffle told of the altercation taking place in one of the female bathrooms, when a gang of other girls jumped Amy Joyner.

The beating in turn led to the victim’s head being banged on a sink, where police told Amy Inita Joyner lost consciousness. Never to wake up ever again.

Reacting to the incident, Gary Fullman, chief of staff to the Wilmington mayor told KTLA: ‘There was an altercation that initially started between two people, and my understanding is that additional individuals joined in against the one person.’

Offered school pupil Kaya Wilson who was in a stall when the fighting first broke out: ‘She was fighting a girl, and then that’s when all these other girls started banking her -like jumping her – and she hit her head on the sink.’

Despite Joyner being flown to A.I. DuPont Children’s Hospital in critical condition, she was later pronounced dead.

A report via 6ABC told of the cause of death yet to be confirmed. 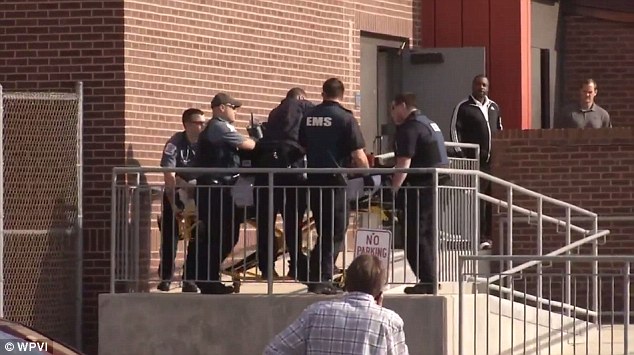 Offered Mayor Dennis Williams during a news conference: ‘I’m so upset that the young lady lost her life today. Things like this shouldn’t happen. My heart bleeds for the family, the kids that go to this school, administrators and our city.’

Sherry Dorsey Walker, a Wilmington city councilwoman, says she has known the victim and her family for quite some time and had been asked by the family to speak on their behalf.

Speaking on behalf of the victim’s family, Walker insisted relatives sought spiritual healing in the community and no retaliation. She added that family were also ‘asking people to just be calm and pray for them’.

Nathaniel Kenyatta, a freshman and a friend of Amy Inita Joyner told of the victim being an easy person to talk to.

Offered the teen via Delaware Online: ‘She was very open,’

‘I feel bad for the people who have known her for years.’ 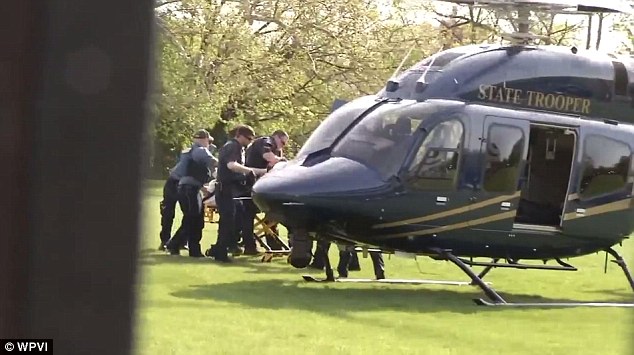 Friends and neighbors attending a vigil for Amy Inita Joyner, Thursday night said she’d been a quiet teen who focused on her homework.

Nik Stryminski told the News-Journal that Amy had kept him safe and out of a fight earlier this school year.

When he and another student were getting ready to fight she stepped in, backed him into a corner and calmed him down.

He said: ‘She didn’t believe in fighting, and the craziest thing is she died in a fight.’

Stryminski said Amy went into the bathroom not to fight but to ‘talk things out’.

Troy Johnson, a sophomore at Howard, said Amy was a good influence to her peers with her calm personality, he said.

‘If I were to have kids I’d want them to hang around someone like her.’

Amil Gibbs, a sophomore at Howard said she would sit with Amy during lunch and tell her about problems she had in school, telling that Amy in turn encouraged her to ‘be strong.’

And Amy would encourage her to ‘be strong’.

In the wake of Amy Inita Joyner’s death, a trending hashtag, #RIPAmy on social media has led to commentators called the teen’s death senseless.

Others expressed disbelief that no one attempted to intervene, why no one sought to seek teacher’s assistance, while others expressed outrage that students had stood there watching and recording the fight.

One Twitter user said she prays ‘for this generation’ and hopes ‘justice will be served’, while another said the world needs a ‘cultural shift’.

Howard isn’t known as a violent school and Police Chief Cummings said he did not know of any other problems in recent days.

Superintendent Victoria Gehrt called Amy’s death an ‘unbelievable tragedy for the family’ while insisting Howard High School of Technology was ‘a safe school for our students’.

A sobering reflection from City Councilman Nnamdi Chukwuocha said fights among young women not being uncommon. Many programs are focused on young, black men in the city, but Chukwuocha said too often, organizations overlook the needs of young women.

Told Chukwuocha: ‘Some of the worst fights I’ve seen in the community have been with the females,’

Adding: ‘We need to address the needs of the young women. As of right now, I don’t think we’re doing that.’