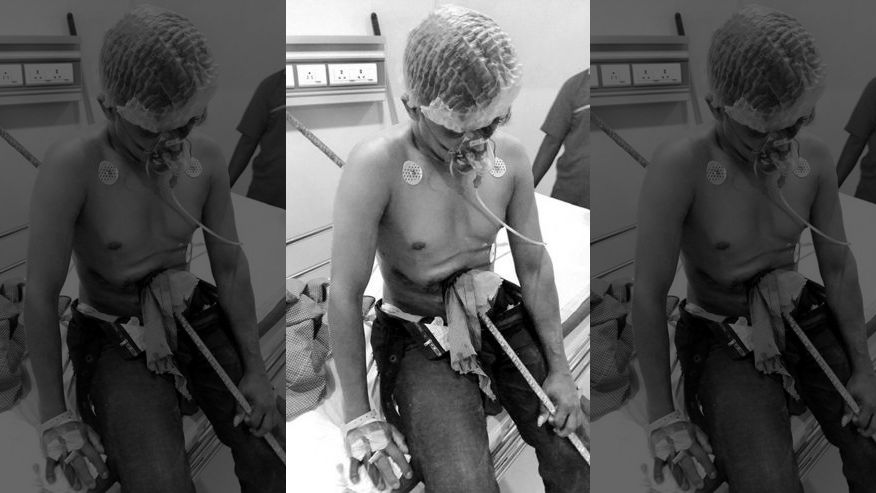 Santosh Nayak, 40, an Indian construction worker has barely avoided death after being skewered by a six foot iron rod that tore through the man’s body after falling from a work site in Bhubaneswar after a rope snapped.

The incident on Friday night left the horrified worker impaled by the giant pole, which jutted from out of the man’s gut and through his back.

Offered the victim: ‘I could see the rod while I slipped but could do little to avoid it,’

‘The rods pierced through my chest. I felt I may die. The pain was excruciating and I couldn’t even lie down because of the rod on either side (of my body).’

Remarkably the spearing had left the man’s spinal cord intact, with a report via the timesofindia telling that Santosh Nayak’s liver, diaphragm and lungs ruptured.

Rushed to local Apollo Hospital, attending medics worked to carefully remove the pole over the course of two hours whilst Nayak still sat up.

During the operation to remove the rod, Nayak was offered anaesthesia to help din the pain.

Told attending surgeon, Dr. Debashish Nayak via Central European News: ‘It was a race against time to save the life of the patient.’

‘The success can be attributed to the speed and teamwork by all departments and staff concerned.’

Adding: ‘The rod got pierced in such a manner that we couldn’t conduct a CT scan or any other diagnostic test. Any delay in decision making would have had an adverse impact. We took a chance and operated him without any diagnosis. It worked.’

Of note, Nayak’s 3.5 hour life saving surgery comes after the hospital recently removed a rod from another construction worker’s skull.

At present, Santosh Nayak remains at hospital, where he is showing signs of improvement daily. Whilst some have come to wonder why and how construction workers continue to hazard risks and day to day work site traumas. Which is to wonder to what degree worker’s rights and well being is being protected and actively pursued? 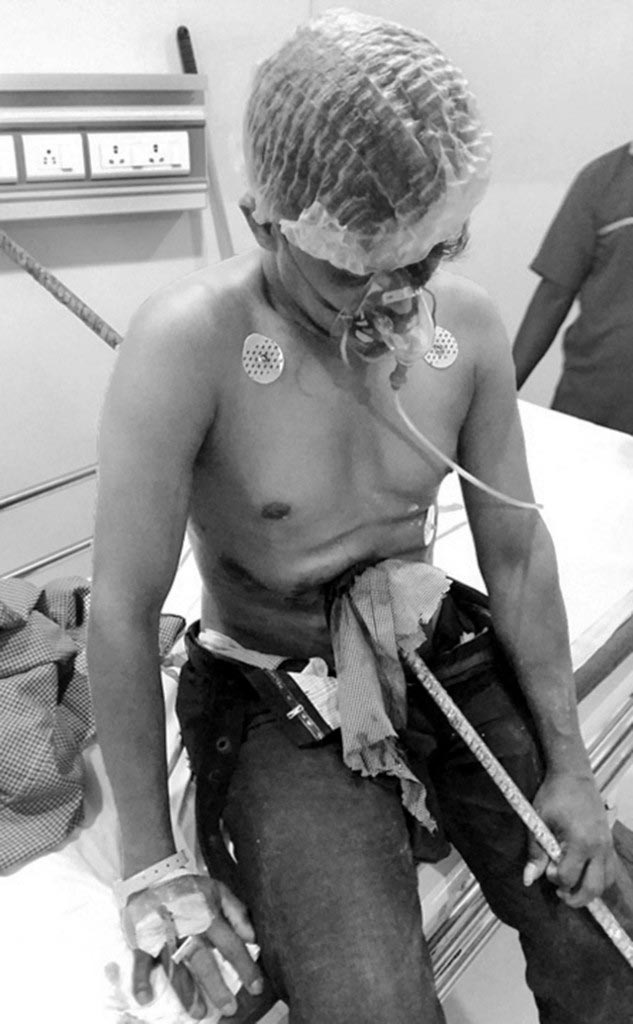