Memphis Facebook kids for sale: How did one facebook posting come to be procured and are two young children at risk?

Authorities have launched an investigation into a Facebook photo of two children in the back seat of a car with the caption, ’kids for sale 45% off because they bad.’

Yet perhaps what makes the posting particularly disturbing is that the  children have duct tape around their hands and on their mouths. Distressingly tears can be seen rolling out from the eldest child.

The person who posted the picture, Facebook user Jaton Justsilly Jaibabi, appears to be the children’s mother, but that has not been confirmed as she has since deactivated her account.

According to a report via WMC, Memphis Police were notified Thursday night of the photo where upon an investigation was opened.

In addition, other state departments are also investigating the photo.

A representative from the Tennessee Department of Children’s Services said that they were doing more research before launching an investigation into the family, after telling they have very limited information.

Whilst Facebook users have expressed outraged at the photo and demanding that the children be taken out of the home, the woman’s cousin, Derion King, is defending her.

‘I don’t really to much care about the people they have opinions,’ a post on King’s Facebook page reads.

‘Our family and friends know the love we have for all the kids in our family it’s just crazy that out of a whole lifetime they judge a person off of this one event.

‘Basically a joke at the moment that people just went overboard about. People make mistakes and that’s what this situation is, a lesson learned. They are safe, unharmed, and loved that’s all it is to it.’

I don't really to much care about the people they have opinions. Our family and friends know the love we have for all… 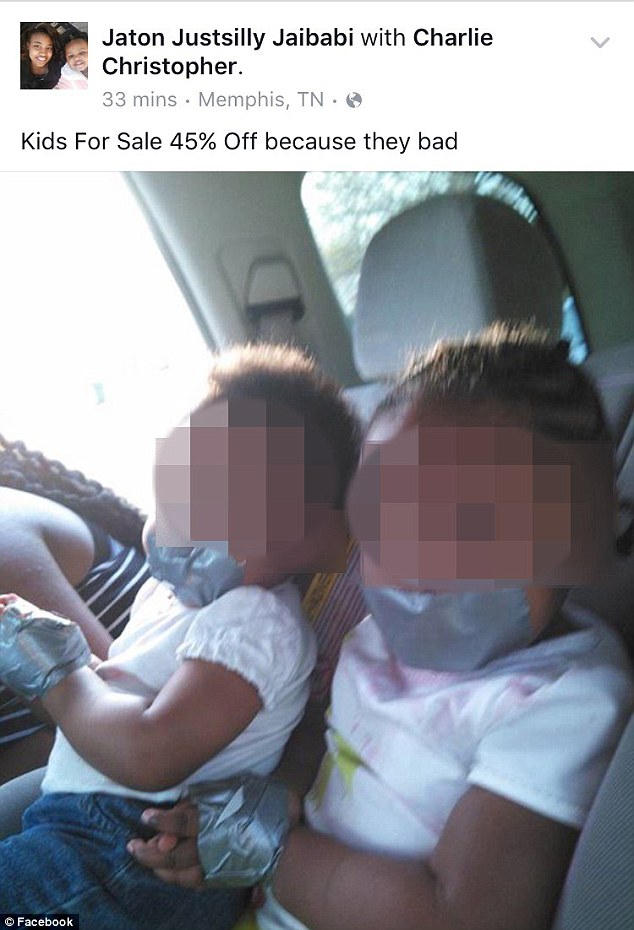