Does one Canadian couple, David Stephan and Collet Stephan bear culpability for the death of their toddler son?

Raymond, Alberta, Canada couple David Stephan and Collet Stephan have pled not guilty to failing to provide the necessities of life for their 19-month-old meningitis infected toddler son Ezekiel Stephan, who died in March 2012.

In their opening remarks, prosecutors told how the 32 year old father and 35 year old mother had purposefully declined to seek medical attention for their dying son, who by then had been ill for a couple of weeks, with David Stephan and Collet Stephan only calling for medical help when their son eventually stopped breathing.

According to a report via CBC, David Stephan and Collet Stephan allegedly fed their son, who was lethargic and becoming stiff, supplements with an eye dropper along with consulting a friend, a nurse who told the parents their son likely had meningitis.

But rather than taking their son to a doctor, the couple who have argued are firm proponents of naturopathic medicine (a form of alternative medicine employing a wide array of “natural” modalities) instead chose to give their son ‘home remedies’, including water with maple syrup, juice with frozen berries along with a mixture of apple cider vinegar, horse radish root, hot peppers, mashed onion, garlic and ginger root as their son’s condition deteriorated.

David Stephan and Collet Stephan also tried treating Ezekiel with Empowerplus, a product that the couple’s company, Truehope Nutritional Support Inc, which they claim can manage mental illnesses such as bipolar disorder. 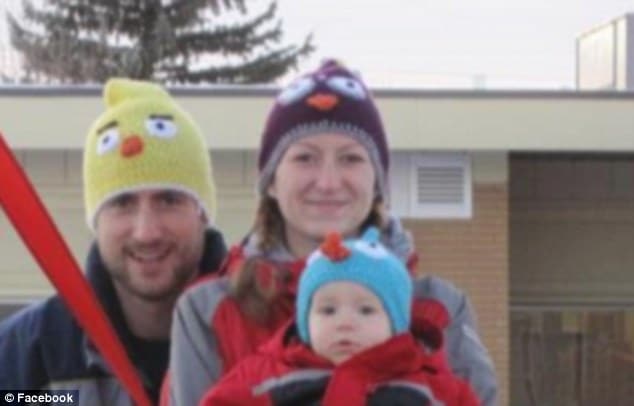 Of note, a report via the dailymail tells of Health Canada having launched an unsuccessful court case to stop the distribution of the company’s supplement in 2004 after issuing warnings.

When the boy stopped breathing, he was airlifted to a Calgary hospital where he later died of meningitis.

In an audio tape played in court by Crown counsel, the couple are heard explaining to a police officer that they prefer naturopathic remedies.

They are heard saying that the family has had negative experiences with the medical system.

‘I’m not saying they killed him, abused him or ignored him – they loved him,‘ Crown Prosecutor Clayton Giles said in court Monday, according to the Global News. ‘They didn’t take him to a doctor until it was too late – far too late.’ 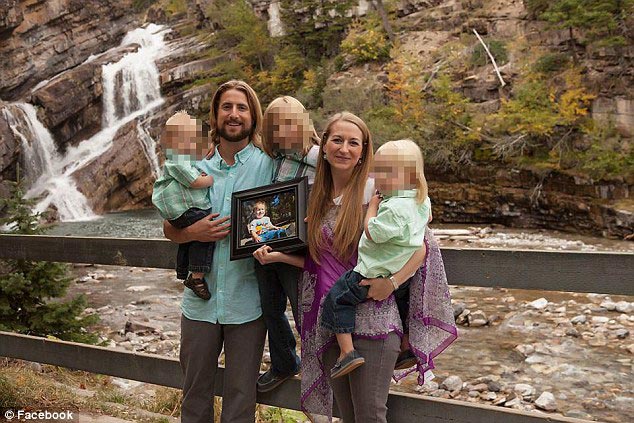 When the couple were first charged in February 2013, David Stephan released a statement about Ezekiel, saying he appeared to be improving before his health quickly deteriorated.

‘Like any other good parents, we attended to the matter and treated him accordingly to standard practices and recommendations like millions of parents do each year,’ he told the Calgary Herald.

Medical responders took 40 minutes to reach Ezekiel after the 911 call and lacked necessary equipment to help the small child breath.

Since being brought up on criminal charges, David Stephan and Collet Stephan have taken to social media where they have told they are being unfairly persecuted and that their approach to health and medicine should be respected.

‘We’re not anti-establishment or anti-medicine,’ Brad Stephan, Ezekiel’s uncle, told the Canadian Press. ‘Some people like to paint us with that brush.’

I’m not against alternative treatments! But only if you are an adult who can make the choice. This child could so easily have lived. What an unnecessary, painful and sad tragedy.

Some people should never have been blessed or privileged with children. Poor little mite, God rest his little soul.

I can’t blame them for trying. In fact, I don’t see that as inappropriate … These guys were so distraught and so desperate, they just wanted to find something. And that seems to be coming out as a negative.

How disgusting that the government is pressing charges against these good citizens of Alberta who just lost their sweet child. I know these people and they are upstanding individuals with compassion, who loved and did everything they could for their baby. Meningitis kills about 500 children each year in the U.S. Is the government going to charge all of those parents with abuse or neglect? The healthcare system is so screwed up every time you take your kid in there they tell you its a virus and send you home. This time the parents did everything they thought was right, and they are being charged?!?! Unbelievable. If they had locked him in a closet, sure, that makes sense. But they nursed him and took care of him and eventually took him to the hospital. The ambulance didn’t even have the right life saving equipment. These RCMP investigators should be smacked.