Horrific images have emerged of an Ecuadorian man falling more than 30 feet (9 meters) to his death from the floor of a building after the man found himself locked out.

The incident captured on video (see below) from a dweller from an opposite apartment, shows the moment a 52 year old Ecuadorian national, living at the Calle del Doctor Buades building in Alicante, Spain attempting to attain re entry into his apartment after having left his keys inside.

The video is understood to have been recorded on January 11 in the Costa Blanca city of Alicante.

According to a report via the dailymail, the man had sought to gain re entry by lowering himself using a rope into an open window of his apartment.

From there, the doomed man enlisted the help of a neighbor (why didn’t they just call a locksmith ???) who assisted the man tying ropes to the roof.

Hoisted by rope, the man then began the harrowing and nerve biting descent from the roof into his apartment.

Having reached the window, it appears the man is in control as he balances along the ledge as he then moves over to the balcony.

Transferring his weight back to the rope in a bid to get to the lower floor the man can be seeing getting closer to his goal when suddenly the rope twists leaving the man swinging, with his back to the wall.

Yet it is at this moment, the Ecuadorian man loses his grip and begins sliding down the rope, only to now all together lose his grip and plunge to the horror of onlookers to the road below.

The individual filming the incident doesn’t show the moment of impact.

Yet what perhaps makes the video particularly acute is the running commentary from the individual filming it, who has already predicted that the un-identified man will surely fall to his death. Even more maddening is the fact that the man filming the unfolding scene is on the phone to the hoisted man’s wife, telling her play by play what is unfolding.

Notes a translated copy courtesy of the mirror:

‘He could easily fall at any moment.“He’s reached a window and now he’s got to get to the floor below.

‘Why doesn’t he call the fire brigade or a locksmith or the owner of the flat?

‘He could wear himself out and plunge to the ground at any time.’

It’s at this point the doomed man’s wife is heard bursting into tears after coming to terms that the Ecuadorian has plunged to his death, with the individual filming the incident deciding to point his mobile in another direction, whilst gasping: ‘He’s fallen. He’s fallen on the ground. He’s killed himself, he’s killed himself.’

The sound of the doomed man crashing on the ground three floors down can be heard over the wife’s tears.

The incident in turn led to a flurry of online comments, many unsympathetic.

Various people have also remarked that the man should be awarded the Darwin Award, a sarcastic indictment on the ‘foolish ways people have died.’ 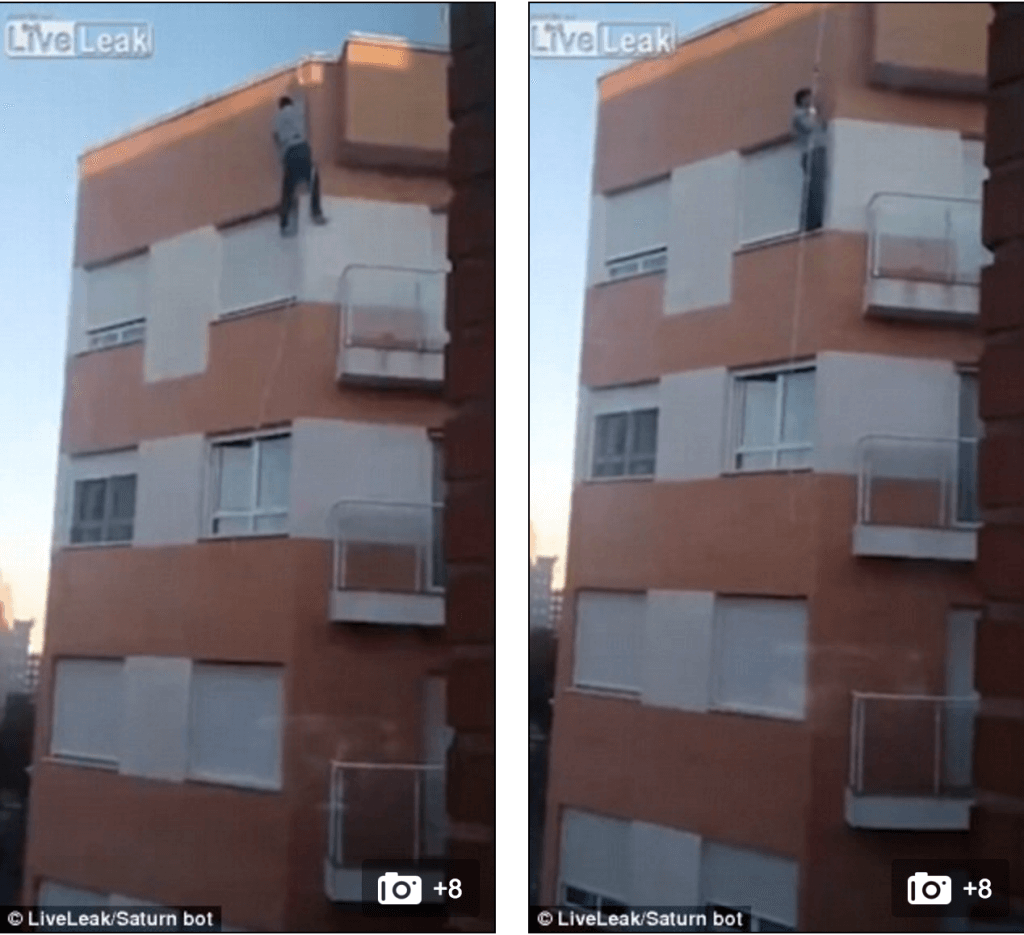 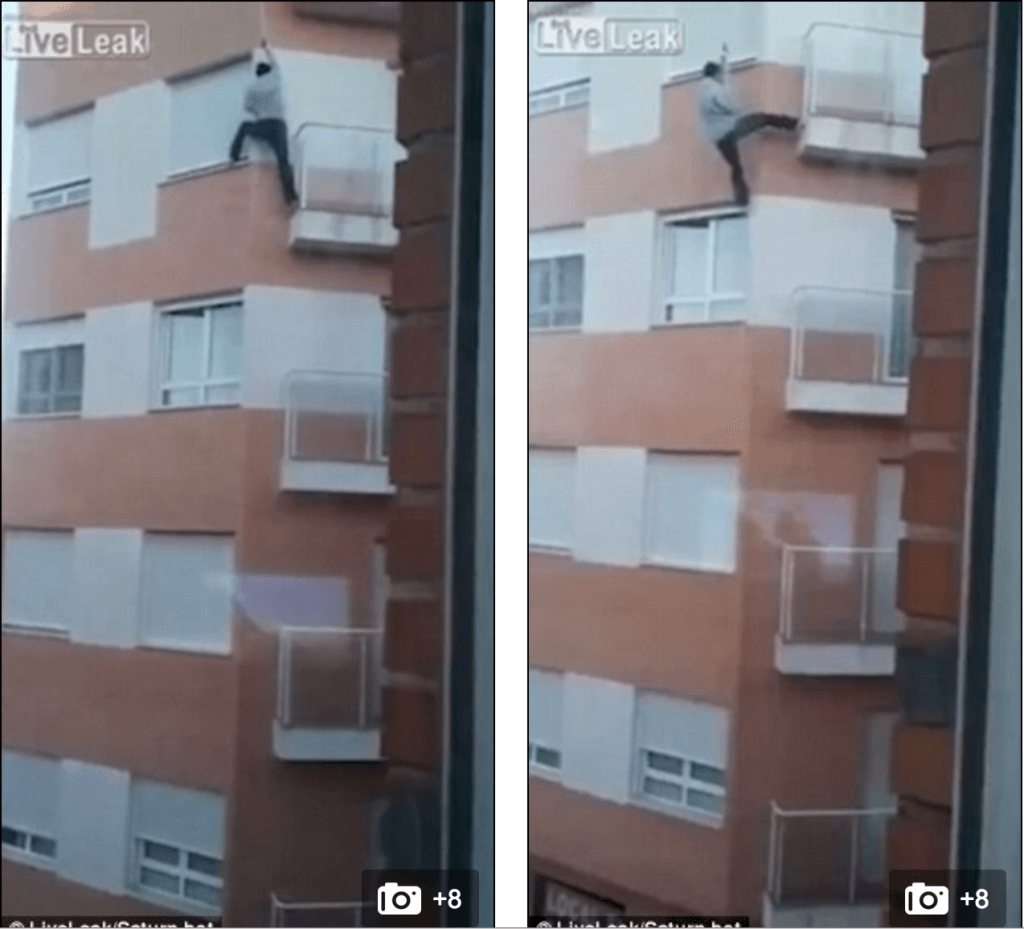 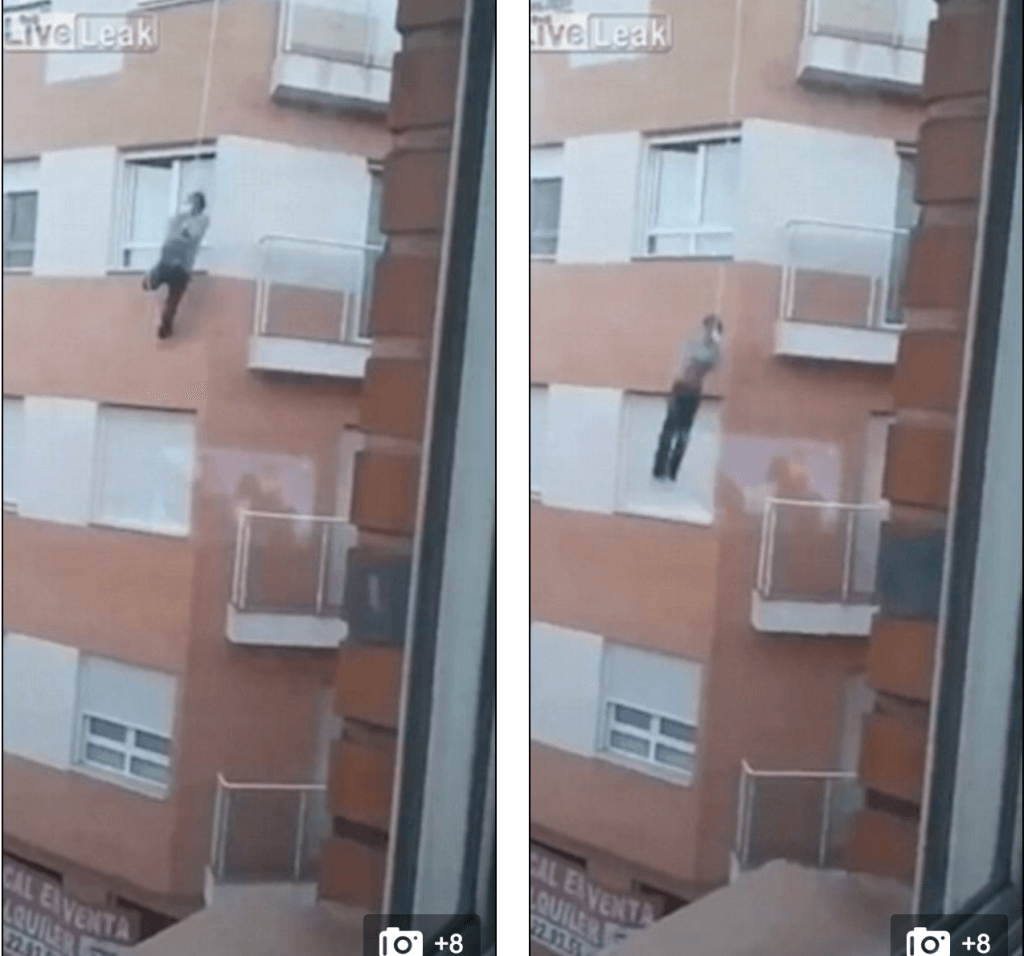 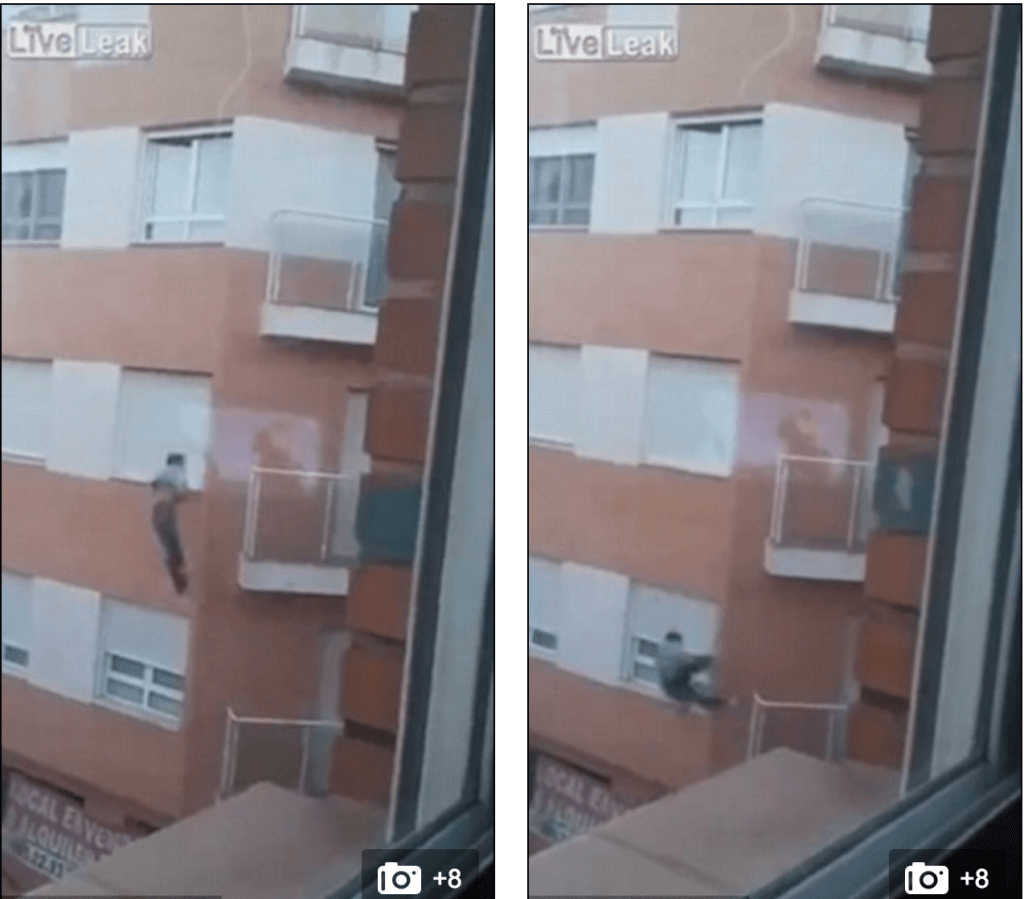