Four students at Bolivar Central High School in Bolivar, Tennessee were arrested for wearing saggy pants, two of whom were incarcerated for up to 48 hours.

The students’ arrest came after school authorities told that the teens contravened school dress code and being booked for ‘indecent’ exposure.

In an in an affidavit given by the school’s resource officer, Deputy Charles Davis, told how Antonio Ammons, one of the ‘infringing‘ students had been suspended previously for allegedly ‘showing gang related/hate violence or intimidation,‘ while also telling how the student ‘walks around all day every day disrespecting the rules of the school, the principal, the teachers, other students and even the SRO,’ according a report via the Daily Beast.

Interviewed by a Memphis CBS affiliate, Wreg, Ammons relayed his reaction to being jailed:  ‘I really didn’t like it’

The youth also told he is now expected pay $250 in fines and court fees.

Responded one parent, Sharon Till when asked whether jailing the students was appropriate: ‘Maybe we have them do some community service, pick up some trash, help at the dog kennels, things like that,’

‘I think putting them in jail is just a little bit much.’

The issue of saggy pants have become a point of contention in some communities, and have been banned in several places including Opa-Locka, Florida, and Wildwood, New Jersey.

It’s not the first time people have been jailed for the fashion offense (or is it really a fashion offense?). The student’s arrests recalls acts of saggy pants-related fanaticism at the hands of authorities, including one Alabama councilman who claimed he was seeking to ban saggy pants because God told him to. 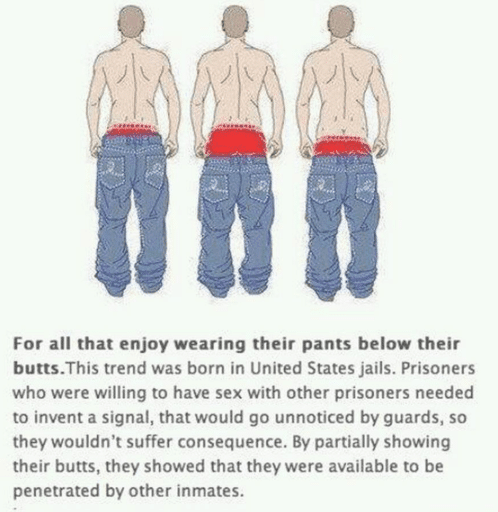 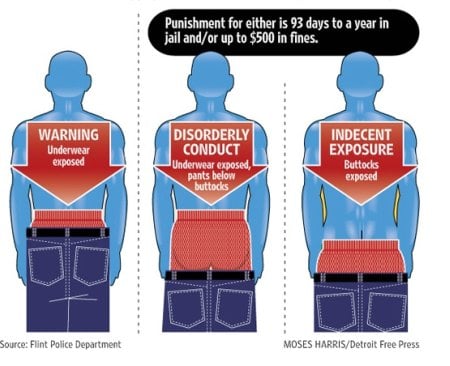