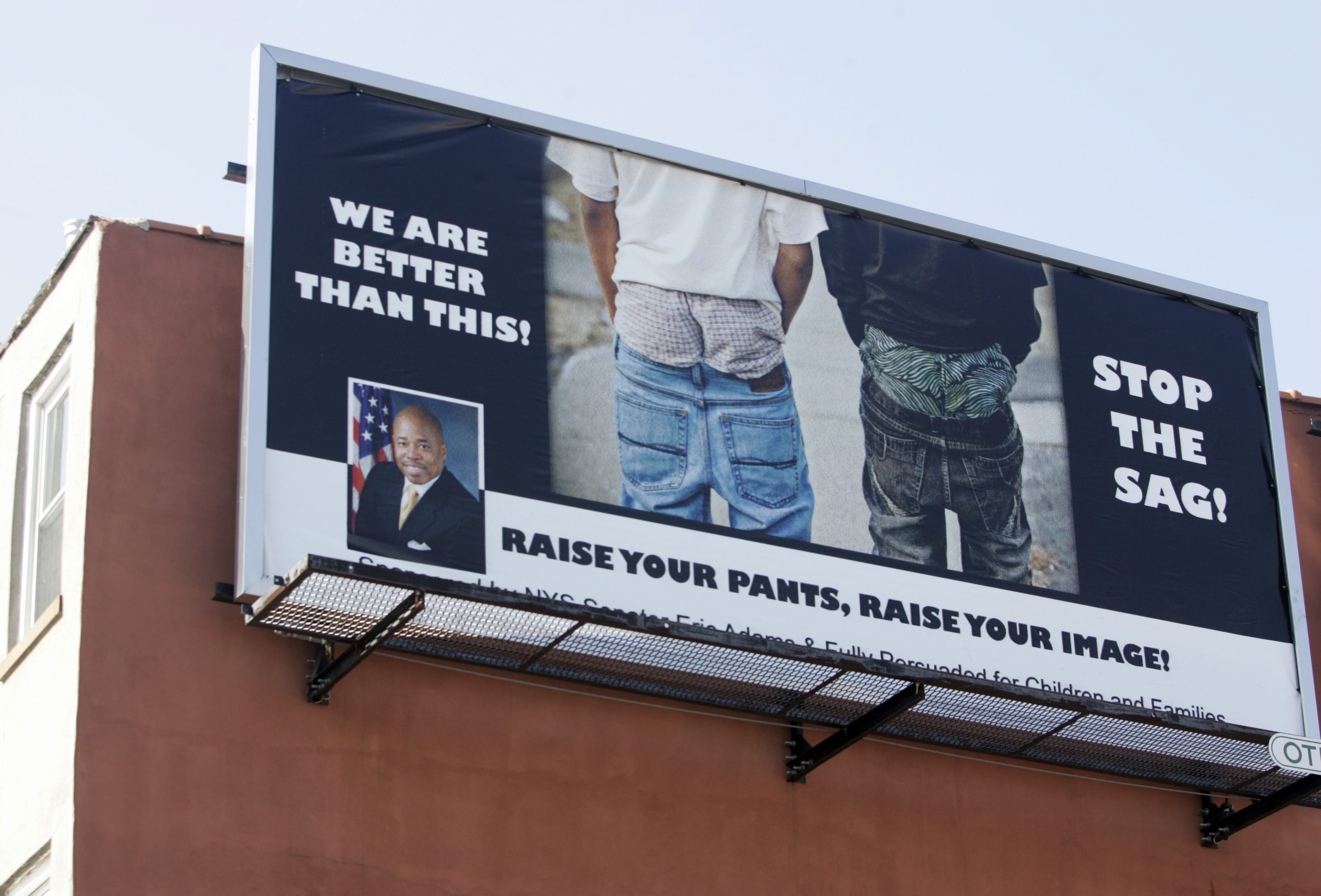 It seems wearing saggy pants in one town of Terrebone Parish, Louisiana has now officially become a definite no no as a council meeting earlier this week voted 8-1 to make the wearing of saggy pants illegal.

The ordinance mandates that a first time offence of being caught hobnobbing with saggy pants will see you receiving a $50 fine whilst a third offence will have you coughing up $100 and 16 hours of community service. Delicious.

Boykin then went on to mention that wearing saggy pants came from a prison mentality. Yes I can still hear the hushed whispers.

“Young men who were in prison who wanted to have sex with other men would send a signal to another man with his pants below his waist.”

Really? Or maybe it just had something to do with prison wardens taking men’s belts away lest they be used for unlawful purposes?

The ban follows other similar bans across the nation which has made some wonder if all that is really is going on is a tacit discrimination against black men who openly favor the dress sense and who use it to identify a type of solidarity.

Then again for all the manners or lack of (yes who really wants to look at someone’s backside?)  one has to wonder why a government body needs to go out of its way to address how one chooses to dress in public. Which poses the question is it really the job of authorities to tell us how we ought to dress or what they are willing to tolerate in the fashion sweepstakes? Or is there something else more really going on here that we dare not talk about…?

Then there were these comments on the web that caught my eye as well:

There is nothing more foolish than people supporting a law that is clearly an infringement on our constitutional rights…simply because the people wearing their clothes this way irritate them. What I would like Lafourche to do next is tell the “good pastor” that he & others must wear a shirt & tie everytime they enter a grocery store or gas station…because once you set the precedence that gov’t can tell you what to wear & how to wear it…why should it stop at things YOU think are ok to wear or not wear. Lastly, “Council Vice Chairman Russell Hornsby said the law sends a message that deviant behavior will not be tolerated”…REALLY? Since when does wearing your clothes this way determine whether or not you are involved in “deviant behavior”? (Classic Stereotype) He should visit any college campus in America & see that many youth chose to wear their clothes in this manner (whether we agree or not)..and they are NOT a part of any deviant behavior. I assure you that police incidents in Lafourche will increase over the next 6 months, because this WILL be used to harass the youth in that area.

Just out of curiosity, how does this legislation leave bikinis legal? Are bathing suits exempt, or is it that women don’t have underwear beneath them? If the young men wear shorts or don’t wear underwear they’re in the clear?