James Tracy a Florida Atlantic University (FAU) professor is on his way out after the college took umbrage with the communications teacher who has raged a 3 year campaign against the parents of a Sandy Hook shooting victim, calling the massacre a hoax.

Since the university’s move to ouster the controversial academic, the sunsentinel is reporting that the man now has ten days to reply to a termination letter tended after the man’s insistence that the massacre was staged.

FAU’s bid to remove the outspoken professor comes after the academic first received acclaim after writing a 2013 blog post where he challenged the Sandy Hook massacre of December 2012, in Newtown, Connecticut calling the incident a conspiracy theory on behalf of the government in a bid to bring to restrict personal freedom and enact strict gun control measures.

To boot, Tracy has since claimed that almost every mass shooting or attack in the United States has been a hoax, including ones at the Boston Marathon, the Navy Yard in Washington, D.C., the Emanuel African Methodist Episcopal Church in Charleston, S.C., along with the recent shooting in San Bernadino, Calif.

At the time of the professor’s 2012 blog posting, Tracy received a reprimand from FAU because the university said he failed to make it clear his views didn’t represent those of the college.

Of dispute is whether the teacher’s views and teachings were at odds with that of official policy or whether because he brought ‘undue’ ridicule to the school? In essence raising debate as to whether academic institutions ought to have full rein of what teachers espouse, even if such views are contrarian. 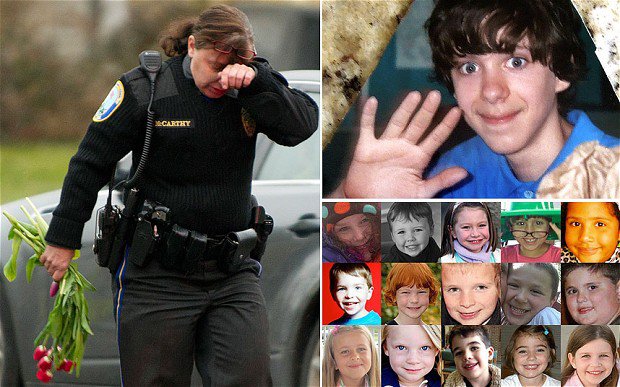 Shortly there after, Tracy is alleged to have begun targeting and harassing Lenny and Veronique Pozner, claiming that their son Noah never existed.

Outlining the degree of harassment at the hands of the professor, in which the academic demanded proof that their son Noah’s existed, the parents penned a piece for the Sun Sentinel in which they wrote in part:

‘In fact, Tracy is among those who have personally sought to cause our family pain and anguish by publicly demonizing our attempts to keep cherished photos of our slain son from falling into the hands of conspiracy theorists,’

‘Tracy even sent us a certified letter demanding proof that Noah once lived, that we were his parents, and that we were the rightful owner of his photographic image.’

In their letter, the Pozners demanded FAU to ‘re-asses if their priorities properly reflect the best interests of their staff, donors and most importantly their students.’

The parents eventually filed a police report against James Tracy for harassment.

The Ponzers’ six-year-old son Noah was one of 20 children who were killed when gunman Adam Lanza stormed the Sandy Hook Elementary School in 2012. The shooter also killed six staff members at the school.

Tracy was a regular commenter on the Sandy Hook Hoax Facebook page and issued a statement responding to the Ponzers on Sunday: ‘The Pozners, alas, are as phony as the drill itself, and profiting handsomely from the fake death of their son.’

In a response to the Ponzers, Tracy also told by way of the sunsentinel: ‘Leonid ‘Lenny’ and Veronique Pozner mounted a vicious attack that sought to intimidate my employer into removing my tenure and depriving me of my livelihood because of the questions I’ve raised concerning the Sandy Hook event.’

The academic would finish his response by saying if teaching that mass media should be interrogated “is an outmoded ideal and a skill that can no longer be practiced or taught to young adults, I stand guilty as charged.” 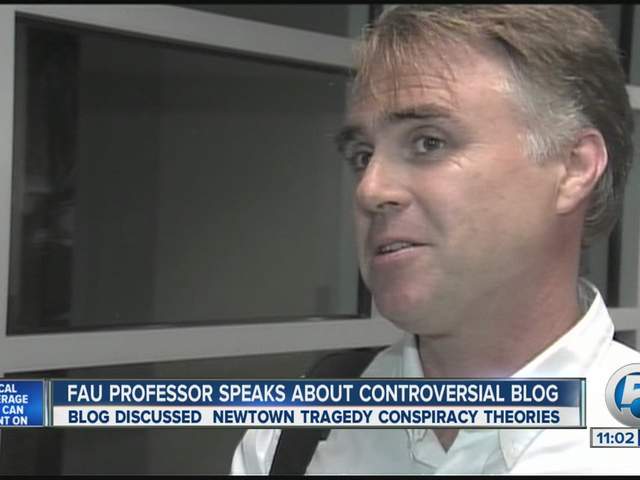