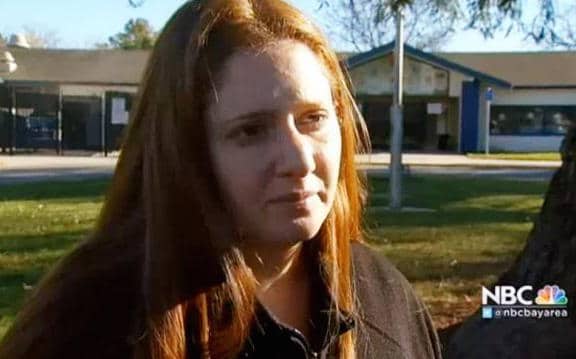 The parents and students of one California elementary school have staged a walkout after the complaints of a Jewish mother led to the school canceling its annual Santa Claus trip.

The fallout comes after 30 students from Sartorette Elementary School in San Jose were set to see Santa when a Jewish mother at the school, identified only as Talia took umbrage with the upcoming trip.

Complaining to school authorities, Talia wrote a letter telling she did not want her daughter to go on the trip where the children write letters to Santa then deliver them and sit on his lap.

The woman’s letter also went on to urge the public school to show respect and focus on all religions during the holiday seasons.

Whilst Christmas is typically a Christian religious holiday, not recognized by Jewish lore or most other religions, Christmas holidays nevertheless have become a common cultural undertaking in most Western world states.

Defending her position of ‘inclusiveness’ (do you suppose?) the insistent mother told NBC: ‘This is not a Jewish issue for me. It’s an inclusion issue,’

‘We can’t spend five days on just one culture. That’s fostering intolerance. When Christmas is given the same time, or less time, than American holidays, like Veterans Day, then kids don’t feel as American.’

In response, the school’s principal and superintendent decided to cancel the trip, prompting the walkout Friday.

The school’s decision to cancel the Santa trip led to Talia being the target of verbal attacks by a group of parents, one of whom accused her of ‘waging a war on Christmas.’

Responding to the school’s decision to cancel the trip after Talia’s ‘letter of inclusion’, one mother, Vanessa Howe at the school responded by staging a walkout.

Told Vanessa Howe: ‘We had a person come in last week to my son’s class to speak about Hanukkah, and it would be like saying, ‘I don’t want you coming into the classroom because I don’t want my son around that, or learning about that,”

Talia’s daughter’s class instead held their own holiday party, where parents from eight cultures described their customs.

Responding to the fall out, school officials said they had acted with in a bid to show inclusion for all beliefs.

‘Our biggest commitment is inclusion. This isn’t about Santa,’ said Superintendent Carrie Andrews.

‘Santa is everywhere, he’s all around town. But during school, we have to represent and reflect our community to make sure we’re inclusive of all beliefs.’

Which begs the question why not then let those parents and students who want their children to go out on Hannukah or Christmas day parades go, while reining in their impulses to shield their children from other cultural and religious experiences because such holidays or events do not reflect their own particular aspirations or lore?

This woman needs to be exposed for the hypocrite that she is. Instead of adding to the curriculum she has taken away from it. Her 15 mins of fame is over and (judging from all of her media appearances) this was her underlying intention all along, not the education of our children.

Santa doesn’t have anything to do with religion.

Remembering that separation of chuch and state is what this nation was built upon; schools must be sensitive to students whose culture and/or religion are different from the mainstream.

Instead of asking to bring her culture in school (and this school celebrates a lot of Holidays of different nationalities) she demands to take away Christmas just because in her head it mingled with Christianity.

I don’t care about this woman. Problems in her head – just her problems. But behavior of principal and school board, that canceled the trip – unbelievable. They supported stupidity and betrayed American culture. Can’t believe.

I’m an atheist, and I wish people Merry Christmas or Happy Hanukkah because it’s a nice gesture of kindness and friendship; even though I think all religions are nothing more than pure bunk.

What’s offensive is Talia and the school system wrecking a fun field trip for a bunch of 5-year old kids that are too young to understand Political Correctness and thin skinned adults. 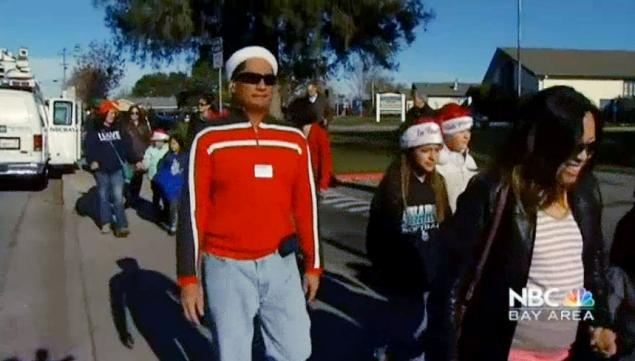