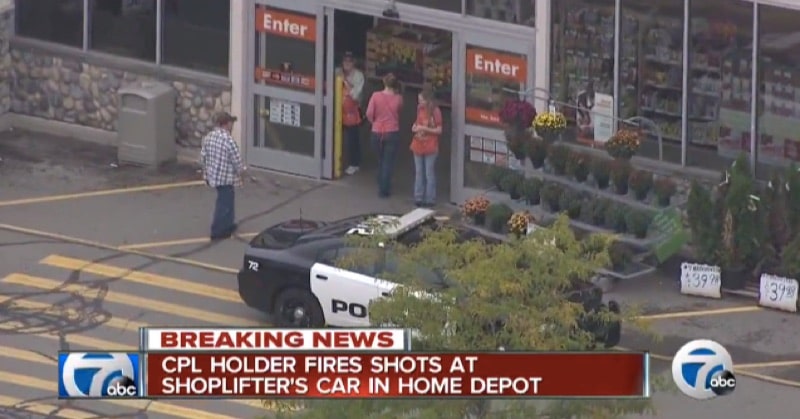 Tatiana Duva-Rodriguez, the 46 year old Clarkston, Michigan woman who last week took out her concealed weapon and shot at two alleged shoplifters as they drove away from a Home Depot parking lot has been charged for her attempts of being a bad ass hero.

In a statement released by WDIV, Oakland County, Mich. prosecutors announced on Tuesday that our collective hero has been booked with one count of reckless use of a firearm. An arraignment date for Duva-Rodriguez has not been set whilst a number listed for her was disconnected.

Prosecutors say Duva-Rodriguez used her gun, in a ‘misguided attempt to disable the vehicle to stop two reported shoplifters’ outside an Auburn Hills Home Depot store.

Reiterated Oakland County prosecutor Jessica Cooper in a statement: ‘If this is proven, I find it very disturbing that someone would take out their gun in a busy parking lot and shoot at the tires of a passing car’

‘Once fired, the bullet could have easily ricocheted or fragmented and injured or killed someone else. It would have been much more helpful for her to take out her cellphone and shoot pictures of the shoplifter’s license plate.’

But why deprive a hero of their chance of being a hero when a gun is always at bay? 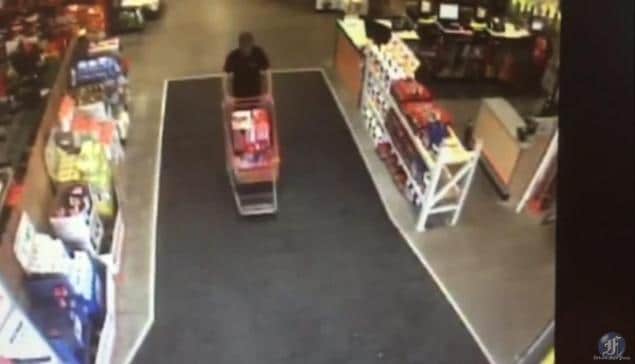 Added Auburn Hills Police Chief Doreen Olko for echo chamber effect: ‘We are grateful that nothing more serious happened as a result of the decision to fire a weapon in a busy parking lot,’

‘We do not encourage bystanders to insert themselves into incidents because of the potential for deadly consequences.’

But all I wanted to do was stop a pair of criminals and be a hero along the way? And anyway who can resist an excuse to use a gun especially when one’s feeling existentially conflicted?

In understanding leeway when it comes time to using deadly force (shoot, shoot, kill) in stopping a felony in progress, Michigan courts have asserted the use of force has to be ‘necessary’ to ensure the capture of the felon in what is locally known as the ‘fleeing-felon rule.’

Alleged felons, Anthony Harris, 46, and an unnamed 52-year-old suspect were taken into custody by police in the days after the alleged shoplifting incident. They’re accused of stealing more than $1,000 in merchandise. 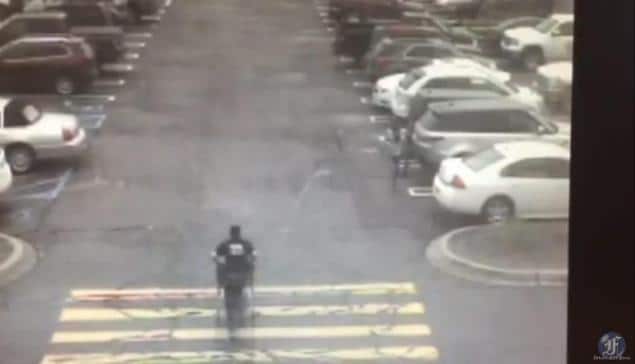