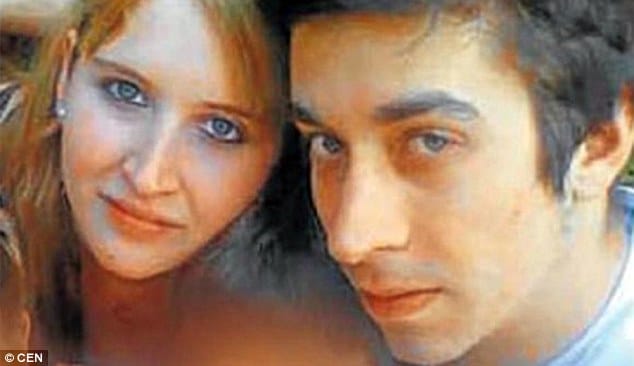 Argentinian man, Leandro Acosta, 25 and his step sister lover, Karen Klein, 22 have told a courtroom how they shot their parents dead, ‘violated’ their father’s corpse, ate the man’s flesh along with committing an obscene act over their dead mother’s body.

The stunning admittance of cannibalism and necrophilia comes as the brother and step sister who have been lovers for six years were brought to account after murdering their parents and burning their bodies as revenge for ‘years of sexual abuse’ inflicted on them and their 11 year old twin siblings.

According to a report via the dailymail, Acosta’s lawyer Monica Chirivin told how her client now incarcerated inside a ‘special psychiatric unit‘ planned the murders of his step-father Ricardo Klein, 54, and mother Miryam Kowalczuk, 52, of the town of Pilar, Buenos Aires for some time.

The lawyer tells how Acosta’s mental state had been worn away by the years of abuse at the hands of his step father who began raping him aged six, along with his mother who ‘involved him in threesomes’ as a boy.

Acosta shot Klein in the head while he slept in his underwear, got ‘sexually excited’ and began violating his dead body.

At that very moment, his mother walked into the room and began screaming: ‘What have you done, you son of a b***h!’

In turn the son told how he shot his mother ‘again and again’ before ripping the flesh from his step-father’s thigh and eating it raw.

He said: ‘It [step-father’s flesh] tasted like pork, a tad salty but delicious.’

Acosta felt no remorse for killing his mother, saying: ‘She was a whore and a drunkard, I did justice my way.’

Chirivin said eating his step-father’s flesh was ‘almost a pleasure’ for Acosta, who claimed he had been raped by several of his mother’s lovers.

According to a report via Online 911 Noticias, the murders were discovered September 13 when a relative was unable to get into the house and called police. Upon arriving cops found part of Kowalczuk’s pelvic bone and spine in a bucket, along with more human flesh ‘readied for consumption’, along with 16 huge refuse bags ‘containing human remains’.

Police Chief Dario Lutter told local press they also found three recently-bought axes, a machete, a shotgun and a 9mm pistol along with a fork.

Klein’s body was never found but forensic tests on the garbage bags, found in an alley near the home, may reveal its whereabouts.

After murdering his parents, Acosta reported the couple as child molesters and requested a restraining order against them.

He then used a wheelbarrow to cart their bodies to a different section of the house where he kept them hidden for 11 days.

But it gets better and even more surreal. Brace yourselves…

During the 11 days before their arrest, Acosta beat the corpses, crushed the skulls and cut up bits of flesh to feed to the family’s dogs.

In one instance Acosta admitted impaling his mother’s body on a spike and committed an indecent act over her corpse.

In her official statement, Acosta’s step-sister and lover, Karen, claimed she only helped him ‘clean up’, but Chirivin believes she may have also helped drag the bodies and light the fire which they used to obliterate the body parts – and evidence.

She said Acosta, who is wheelchair-bound and fitted with a colostomy bag because of a long-running intestinal disorder, did not have the physical strength to light the pyre or lug the bodies around.

Neighbors are said to have recognized Klein – who moved in with the murdered couple after the death of her own mother – at the scene where the horrible-smelling bonfire was lit.

Once their parents had been murdered and their corpses set ablaze, Klein went off to her yoga class and Acosta went to work as usual.

Case prosecutor Eduardo Viaini has not allowed a psychiatrist to interview Acosta, who claims he is ‘haunted by voices’ and once turned to the infamous Umbanda cult, which is well known for its animal sacrifices.

Acosta’s lawyer claims Viaini has limited the counsel’s access to the case, delayed the handing over of paperwork and postponed his ‘formal accusation’ for another month because the case is ‘too complex’.

Acosta and Klein’s 11-year-old siblings, who their deceased parents had together, are with social security because their father’s brothers do not want to care for them.

Relatives also told how the father used to harass Acosta for not having a job and not bringing money into the home despite the son’s horrendous physical condition.

Police Chief Lutter said only female human remains had been found so far, adding: ‘We received incoherent answers but heavily smoking fires had been raging for days. The main bedroom was empty and the mattress had been burned.’

Dr Miño, Klein’s lawyer, has repeatedly refused to talk to the press or issue any statements.

According to a report via Perfil the defense claims Acosta was suffering from severe psychological problems and committed the murders in revenge for years of abuse, with investigators believing the killings were driven by financial gain.

Since the murders questions have been asked as to while the son may have felt vindicated murdering his parents, why he then went the extra mile to sadistically violate their bodies, the likelihood that the son would seek to kill again and why for that matter he and his step sister hadn’t sought the help of social agencies along with police, unless they had…?

And then there were these comments on the web that made this author wonder:

How he must have suffered growing by being repeated raped, the terror of watching/ knowing his siblings were being raped by those supposed to look after, keep safe and take care of them until his mind snapped because he couldn’t take it no more.

This is an extremely complex case, the perpetrator seems to have completely lost touch with reality. He endured years of sexual abuse and is now wheelchair bound. Both are major stressors. It’s difficult to fathom how any human being can do something like this but if all he’s known in his life is pain, misery and sexual abuse then that greatly warps his view of the world. As for the girl, if they’ve been abused together sexually then that warps their relationship completely, if they then thought their younger siblings were experiencing the same abuse then, for her, helping him clean up is going to seem like the only thing she can do. He’s obviously extremely mentally unstable and needs to be in a secure unit. Whether his mental instability and crime is completely due to his upbringing I can’t say, but it’s certainly contributed to it. 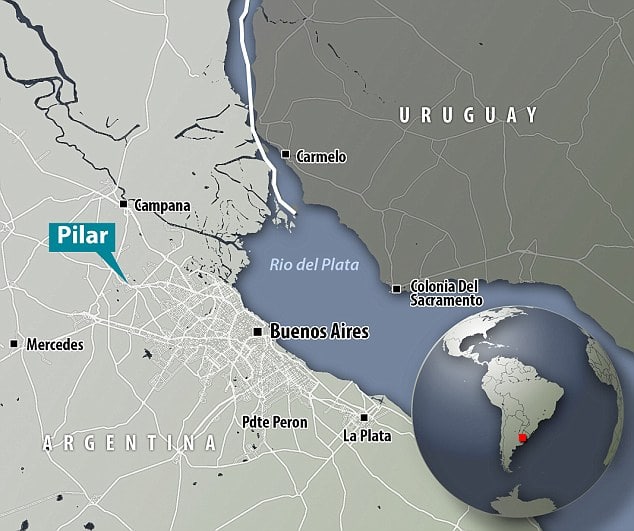