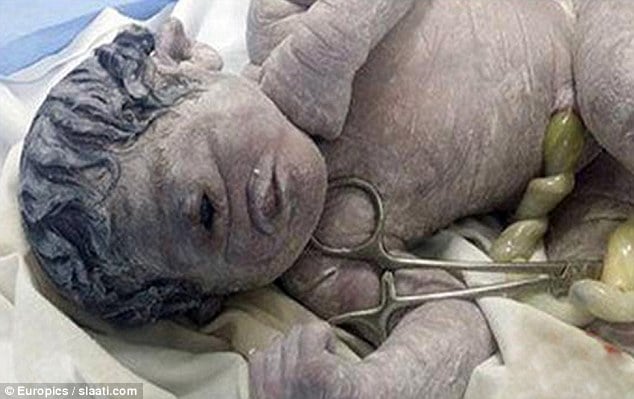 A Cyclops baby born with one eye in the middle of its forehead is expected not to survive more than a few days after its mother was exposed to radiation tell Egyptian doctors.

According to a report via the Sun, the newborn baby was born with a condition known as cyclopean, or cyclocephaly along with synophthalmia is n ‘unusual medical’ condition named after the one eyed Greek mythological figures.

According to wikipedia, the birth defect is characterized by the failure of the embryonic prosencephalon to properly divide the orbits of the eye into two cavities. Its incidence is 1 in 16,000 in born animals and 1 in 250 in embryos.

Understood to be one of the rarest forms of birth defects, children born with cyclopia often die shortly after birth.

The single eye, and missing nose, is a result of the boy’s eye sockets not forming correctly in the womb.

Most babies with this disorder do not survive as they often have other severe defects, including seriously malformed hearts.

According to reports from the Saudi Arabian news website slaati.com, doctors think the deformity could be the result of a combination of medicines taken by the mother or from exposure to radiation.

The report notes the baby born being born in a private hospital in the north-eastern town of El Senbellawein, in Egypt.

Dr Ahmed Badruddin, who is supervising the baby’s condition at the hospital, said the infant was born with other deformities on his body and is only expected to survive a few days. The doctor also told of the baby also having a full head of hair and large ears

The disorder may occur as often as four times in 1,000 births but most in most cases, the pregnancy does not go full term. It is more commonly seen in animals.

Of question is whether the child’s parents were aware of the unborn child’s condition prior to it’s birth and whether there was contemplation to abort the baby? The report notes the parents been offered counseling after the baby’s birth…. 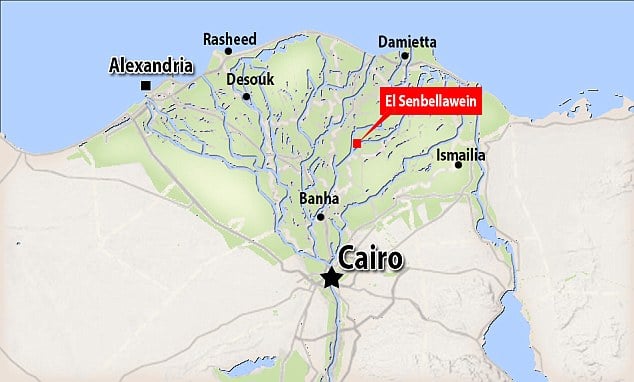