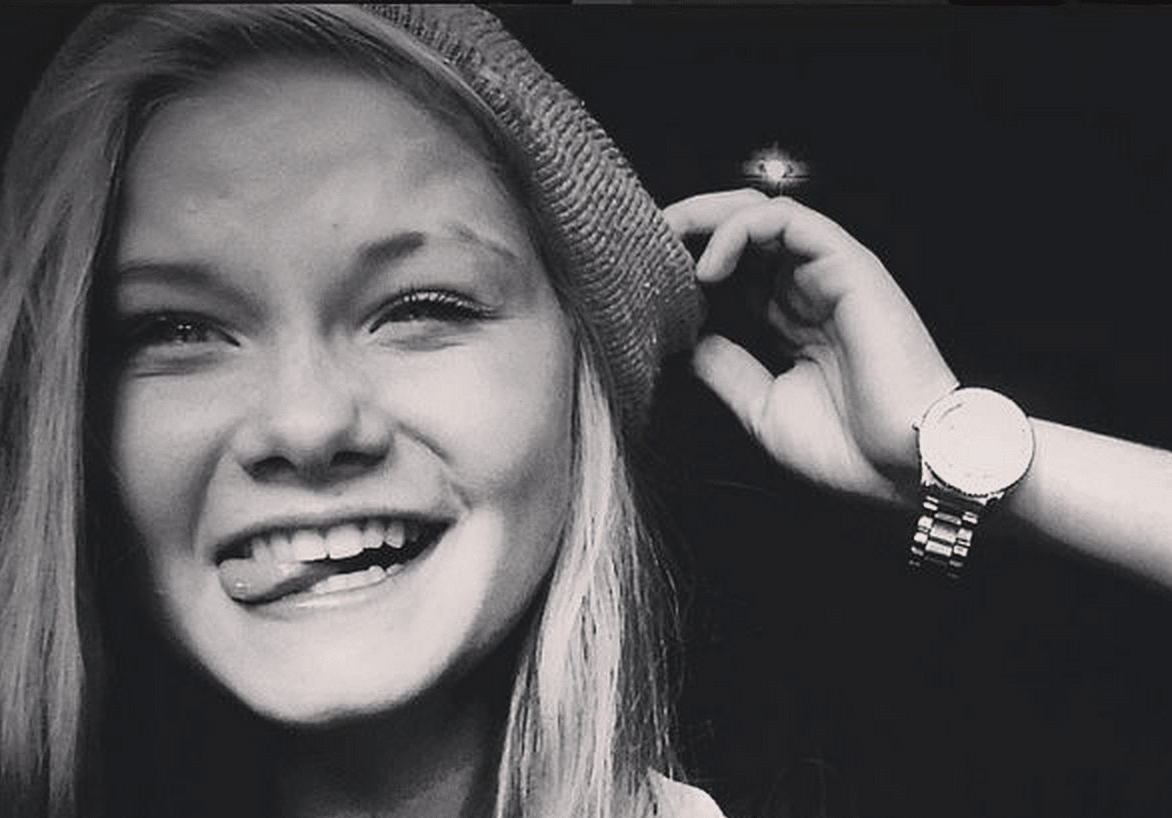 Lisa Borch a then 15 year old Danish teenager along with her older jihadi lover have been jailed after the pair murdered Borch’s mother in October of 2014.

The jailing of the teen and her radical Muslim boyfriend, Bakhtiar Mohammed Abdulla, 29, comes after an incident in October in which the teen murdered her mother after watching for hours youtube footage of ISIS’s beheading of prisoners, David Haines and Alan Henning.

Inspired by the videos, the pair took a long-bladed kitchen knife and stabbed her mother Tina Römer Holtegaard at least 20 times at the home they shared in rural Kvissel.

At the time of the murder, the mother was asleep in her bedroom.

A court which sentenced Borch to nine years in jail heard how she became obsessed with militant Islam group after falling in love with an unnamed Muslim man.

But he jilted her when he moved back to Sweden to be with his wife and children.

Nevertheless she found a new soulmate in Iraq-born Abdulla, whom she befriended after meeting at a refugee centre near her home.

Following the murder, the teenager called police claiming: ‘I heard my mother scream and I looked out the window and saw a white man running away. Please come here, there is blood everywhere.’

On arrival police found the teen’s mother, whose husband was away on a short business trip at the time of her murder, covered in her own blood in bed.

Despite making the frantic phone call, the victim’s daughter was discovered sitting on a chair in the living room playing with her iPhone and watching videos on YouTube. When police asked where her mother was, Borch refused to leave her computer and simply pointed upstairs according to a report via the dailymail.

A later police examination of the computer showed that the teen had watched endless repeats of the beheadings of the two Britons, both of whom had gone to Syria on humanitarian missions.

Offered prosecutors during the trial: ‘She watched them the whole evening long,’

‘When police first arrived at the house she didn’t leave the computer and merely pointed upstairs to indicate where her mother lay dead. It was this apparent disinterest which made her prime suspect in a matter of minutes.’

The court heard that Borch’s twin sister had recently moved out of the family home because she couldn’t stand the constant arguing that went on between her mother and sister. 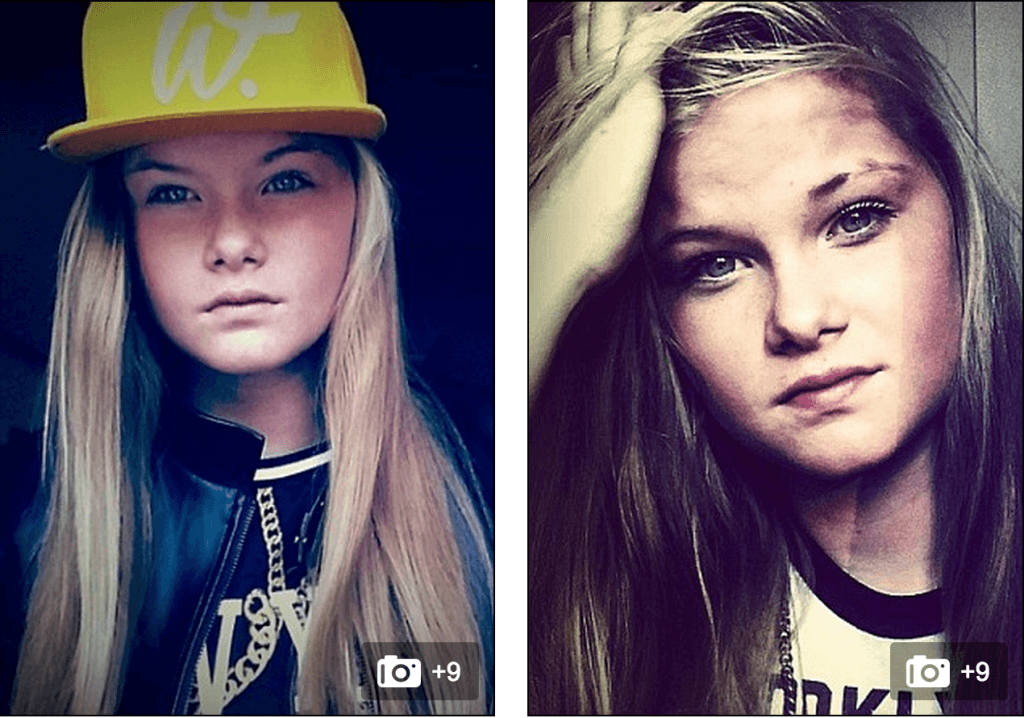 According to the sister, their mother was livid with her daughter dating the Islamic radical and had insisted she break things off and ‘live the life of a normal teenager.’

The court was told that Borch had teamed up with Abdulla after being dumped by her first lover. The two planned to flee together to Syria and fight for the ISIS cause.

Borch claimed at the trial that they were ‘just good friends‘ but authorities believe they were lovers.

Prosecutor Karina Skou told the court that the pair made a diabolical pact to kill her mother saying: ‘This murder was cold blooded, ice cold and committed in a bestial manner.’

Borch even showed her twin sister the knife she planned to use to kill their mother, but the comment was incorrectly written off a macabre joke.

In court Borch and Abdulla blamed one another for the killing of the teen’s mother.

He claimed to have only arrived to ‘help Lisa’ after the teenager had already killed her mother. But Borch said Abdulla had actually been the knifeman.

Although Abdulla was no longer at the property when police arrived, investigators found his fingerprints in the victim’s bedroom.

Although it couldn’t be established who’d actually delivered the blows that killed Mrs Holtegaard, both of the accused were found guilty of murder.

Borch was sentenced to nine years in prison, the first of which will be spent in a youth offenders institute.

Abdulla received 13 years and will be expelled from Denmark when his sentence is up.

Both were ordered to pay around $60K in compensation to Mrs. Holtergaard’s husband – Borch’s stepfather as well as her twin sister and a younger brother.

Jens Holtegaard, Lisa Borch’s stepfather, said that his stepdaughter remained a strong supporter of Isil,and said he feared she would become more radicalised during her nine-year sentence.

‘Lisa is completely uncritically enthusiastic about everything related to the immigrant community. She loves to talk about Isil and their brutal behavior in the Middle East,’ he said. ‘I dare not imagine what she can develop into during imprisonment.’

Reiterated Holtegaard: ‘There is no doubt that she was in very bad company when she began to hang out with him. He affected her negatively,’

‘It was when she was with him, that she began to take an interest in IS (Isil). He has somehow radicalised her, and I think that’s where you have to find a large part of the explanation of why we are where we are today.’

Adding: ‘I never in my wildest dreams imagined that she could think of doing such a thing. She had a mother who loved her and did everything she could to help her.’

Prosecutors told the court that Ms Borch had planned to travel to Syria to flight alongside Isil. 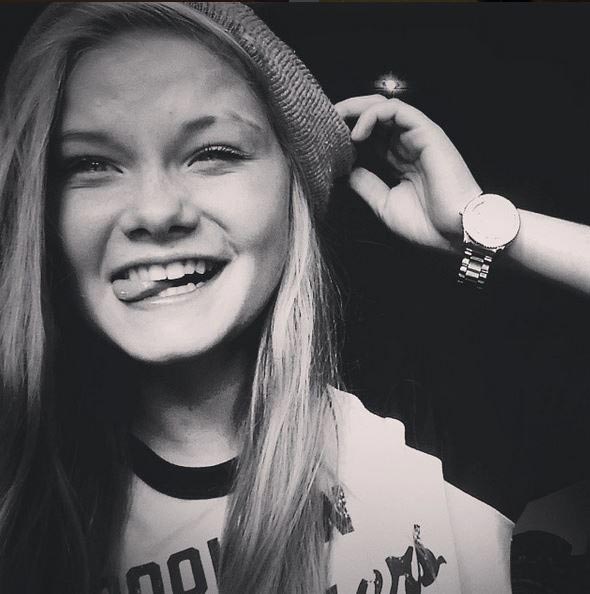 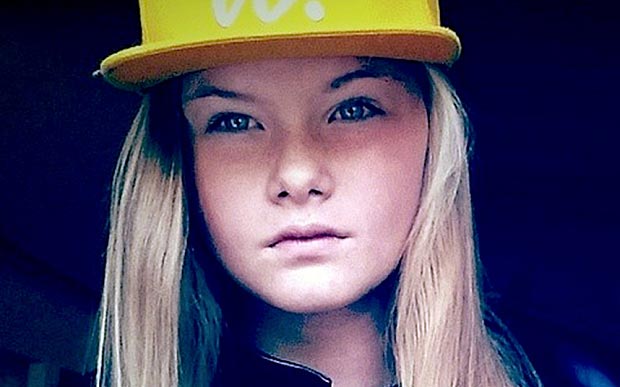