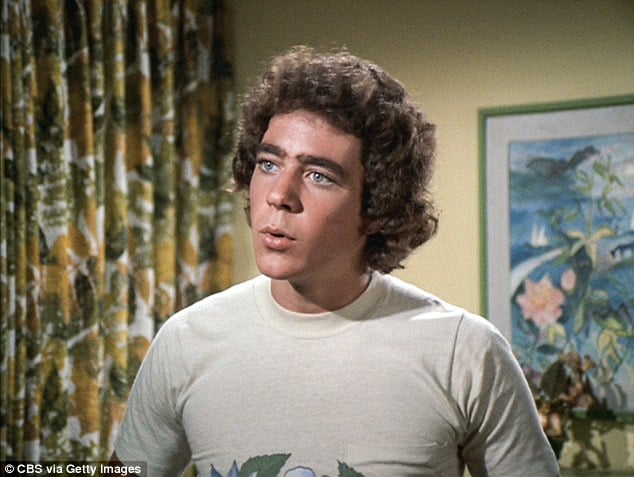 It seems the on and off screen saga called Barry Williams aka Brady Brunch eternal alumni Greg Brady fireworks show has flared up (once again) as the former actor has demanded that his ex girlfriend stop going around telling the world he is a ‘dead beat’ dad.

Bringing woe and despair to Barrry Williams are claims by his ex girlfriend, Elizabeth Kennedy who has once again told that Williams has ostensibly ‘abandoned’ her and their now three year old daughter Samantha.

Press play: ‘Here’s the story of a lovely lady, Who was bringing up three very lovely girls.  All of them had hair of gold, like their mother, The youngest one in curls.’

So dire have matters become according to a report via the dailymail ‘Williams is accusing his baby mama of causing his new reality show to be cancelled and ticket sales for his musical to drop due to her trashing him in the press calling him a deadbeat dad.’

The snafu has since led to the actor requesting a California judge slap Kennedy with a gag order prohibiting her from talking about him.

One more time: ‘Here’s the story, of a man named Brady, Who was busy with three boys of his own,
They were four men, living all together, Yet they were all alone.’

The former child star’s assertions come after William’s ex slapped him with a child support/custody lawsuit earlier this year.

During that deposition, Kennedy  claimed Greg Brady physically and emotionally abandoned both her and their daughter Samantha Williams.

Tended legal papers asserted that she was William’s ‘spousal equivalent’ from April 2006 through March 2013 with demands that  the court order Greg to pay Kennedy $3,423 to cover her basic needs.

But here’s where the plot thickens. According to new court documents obtained by the dailymail Williams says he never abandoned them.

Reports the dailymail: In fact, the 60-year-old actor states he requested visitation periods with his daughter at his home in Missouri, as well as telephone and FaceTime/Skype calls with her, but his baby mama refuses to allow any of it.

Williams goes even further explaining Elizabeth will not share in the expenses to raise their daughter as she claims she is too ill to work.

But here’s the part that brought a rueful smirk to my face: However, the actor points out that she wasn’t too ill to do numerous television and print press appearances where she brutally trashed him by labeling him a deadbeat dad.

Yes kids time to loop our distant memory theme song back in: ‘Till the one day when the lady met this fellow, And they knew it was much more than a hunch, That this group must somehow form a family. That’s the way we all became the Brady Bunch.’

Williams claims that Kennedy’s newest rants to the media has led to economic peril, asserting:  ‘The ugly remarks directed at respondent undoubtedly was the cause of significant harm to ticket sales of the live show and to the cancellation of the television show, due to the ugly acts attributed to Respondent, which do not go over well with the conservative Branson, Missouri audiences.

‘Worst yet, it leaves a sad legacy for Samantha.’

Yet to be determined is whether Williams overtures to force Kennedy not to be allowed to speak to the media about their quagmire will be allowed. 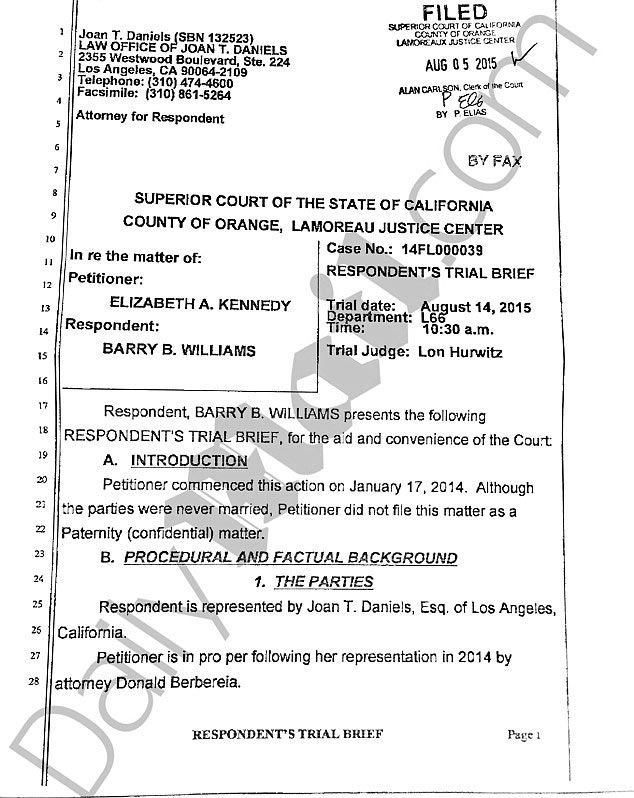