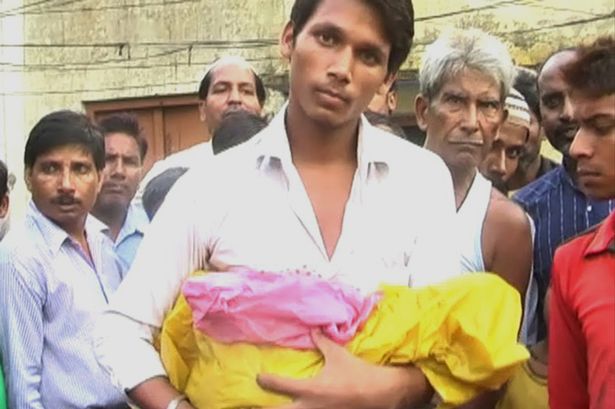 Geeta Devi an Indian woman and her newborn child have died after doctors left the head of her newborn baby inside her womb after ‘negligently‘ tearing off the newborn’s body during birth delivery.

The incident came to pass after the woman was admitted to a government hospital in Shahjahanpur, Uttar Pradesh, northern India, on Saturday night after complaining of labour pains.

Nevertheless the woman along with her baby daughter died in the early hours of Sunday after doctors pulled the body of her newborn baby and left the head inside her womb reports the dailymail.

Shockingly the mother was then abandoned and sent to another government hospital with the baby’s head still inside her womb where she mortally succumbed.

At nearby Bareilly hospital, despite doctors finally managing to remove the dead baby’s head, they were unable to save the mother’s life.

Told the woman’s husband Hemant, 40, from Sadar Bazar, in Shahjahanpur, via local media: ‘It is the fault of the doctors.

‘First they removed the body of my baby – leaving the head inside – and then they told us to take my wife to another hospital. They just left us.

‘Eventually, a local nursing home took my baby’s head out of my wife but she died. They could not save her.’ 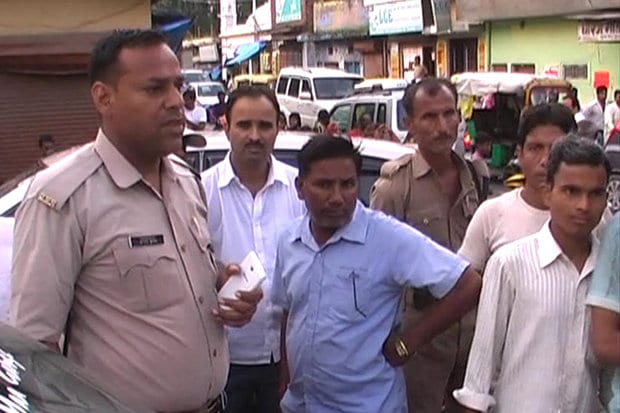 Responding to the incident, Deputy Superintendent of Shahjahanpur Police, K G Yadav, said the hospital was not equipped to deal with such a complex delivery.

Reiterated the policeman: ‘The hospital didn’t have sufficient medical arrangements and hence the mother was referred to another hospital.

‘The doctors were not capable of handling this tragic situation and it is due to their negligence the infant’s head was left inside the mother.’

He added that his staff were currently investigating which doctors were on duty at the time.

‘An investigation has started and once the names of the doctors responsible come out, strict action will be taken.’

The District Magistrate of Shahjahanpur, Shubhra Saxena, has confirmed the investigation into the horrific negligence.

She said: ‘It is a severe case of negligence and we are investigating the matter.’

At present it is not necessarily understood why the woman was brought to a second hospital with the child’d head still inside her and what and how many other instances of neglect have been recorded against females?

The head of the baby supposed to emerge from the mouth of the vagina before the body. In her case, she was having a “breech baby”; foot or buttocks coming out first. This is not too serious a problem for the mother, but the baby can be hurt during delivery (as in this story, the head of the baby was ripped off). Maybe she could not afford to do an ultrasound, an ultrasound would show that the baby is in a “breech position” and so the doctors would know this beforehand and opt to perform a caesarean.

Breech baby. Incompetent doctors. Skilled midwives know how to deliver a breech baby (mother on all fours – and hands off!) but the doctor used brute force and decapitated the baby, killing both it and the poor mother eventually.