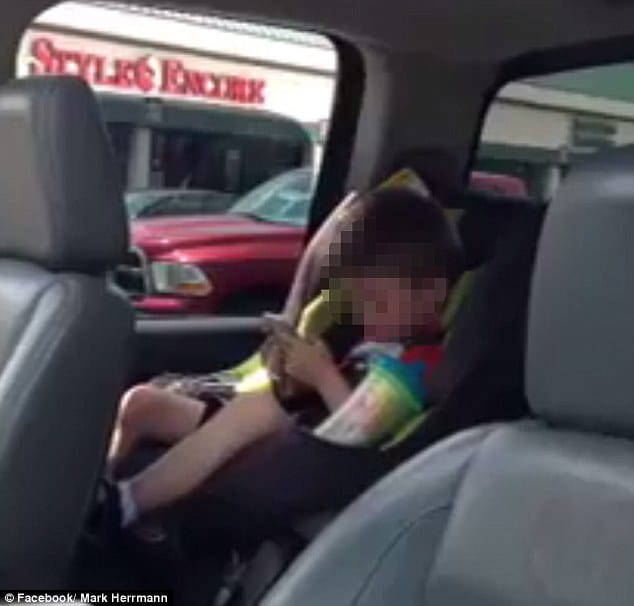 A French family can thank their lucky stars that their three year old daughter is still alive and unharmed after ‘accidentally’ leaving the toddler at a motorway stop near Loriol whilst making their way to the French Riviera during a holiday.

The realization that the French couple had left their 3 year old child at a service station stop didn’t come until 90 miles (150 kilometers) later when they heard an appeal on the radio for the parents of the missing child.

At the time the family had stopped off at rest area off the A7, know as the ‘Autoroute du Soleil’ (Sun motorway) for lunch before inexplicably setting out with the 3 year old child.

Found by concerned holiday makers at the rest stop, the toddler could only describe that she had a brother and sister and that she was ‘going to the seaside’ when she saw ‘daddy’s car pull away.’

Realizing that the message on the radio was about their daughter, some 45 minutes later after the toddler had been found, the parents called police before turning around to retrieve their youngest child.

Responded an officer according to local French press: ‘The family had passed Aix-en-Provence, 90 miles away, and were going towards Saint-Raphael and none of them had noticed she wasn’t there.’

The parents were being questioned Sunday evening by officers at the police station where the child was being looked after.

‘We are going to listen to what they have to say and talk to the prosecutor at Valence to see if this should be taken further,’ the officer added.

Millions of French families take to the roads during August’s annual holiday rush to the sea and mountains, putting often unbearable strain on the country’s motorway system and their own nerves. Indeed. 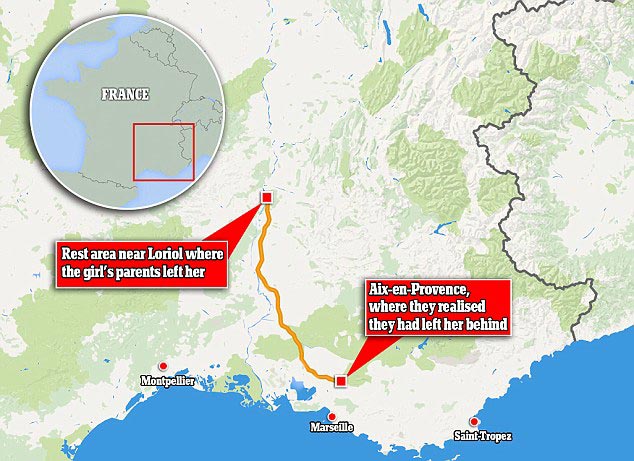