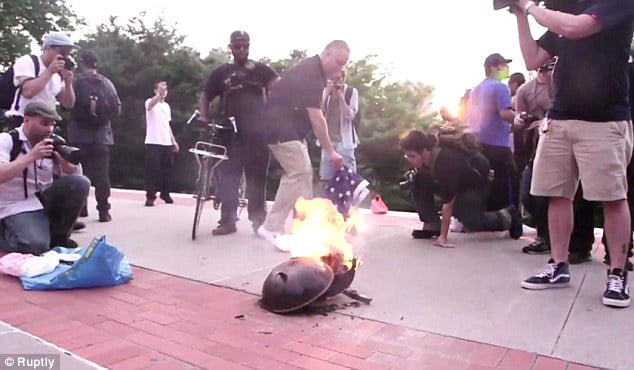 Disarm the Police protesters who last night set out to burn the Confederate flag in protest to the Charleston church massacre and police brutality found themselves having to be saved by the NYPD after being met by Hallowed Sons Motorcycle Club members at the Ft Greene, Brooklyn torching.

Unwittingly after posting the event on their Facebook homepage in lieu of Wednesday night protest, where they planned to light up both American and Confederate flags, more than 40 members of the bike gang got wind of the event and decided to intercede.

Whilst the Disarm the Police brigade claim that both flags represent oppression, the bikers, a motorcycle club from Bay Ridge, Brooklyn, steeped in their own outlaw allure, weren’t too thrilled with the group, who they claimed were wrong to ‘desecrate‘ the American flag.

It wouldn’t be too long before a scuffle ensued with the NYPD (yes the irony…) called to protect the Disarm the Police group and calm down the bikers whose tempers by now had reached a boiling point. 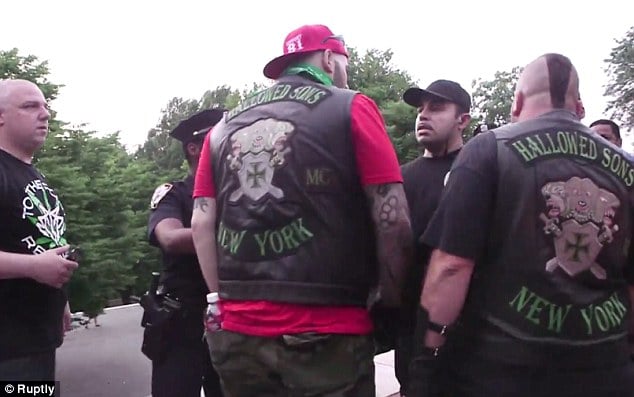 Offered one Ridgewood, Brooklyn man, John Carroll who had been present at the milieu via NBC New York: ‘If you’re going to burn the American flag, you’re going to run the risk of running into people like me,’

‘I will stand by this flag all the time.’

Whilst Diane Atkins added: ‘We believe in what the United States of America stands for, and the flag that people have died to protect it.’

Reacting to the confrontation, Brooklyn Borough President Eric L. Adams said that Disarm the Police had taken the wrong route, especially since the protest was meant to be about the Charleston church massacre, one of the worst hate crime in recent American history.

‘I am sympathetic to those protesting institutional racism in our society, but burning the American flag is a fringe act that will do nothing to combat the challenges we face,’ Adams said. 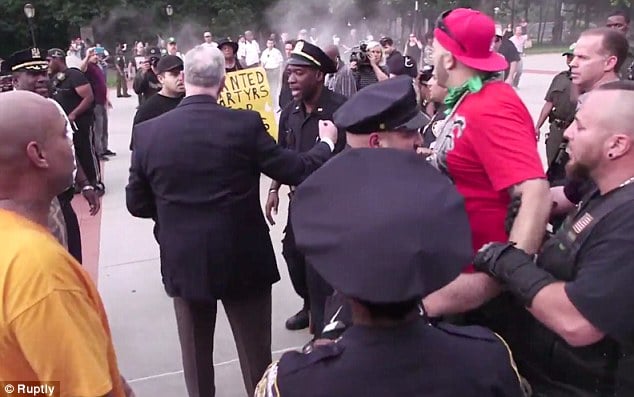 In turn, Disarm the Police responding to last night’s confrontation wrote on their Facebook page that the flags were nothing but ‘a piece of cloth’.

Adding: ‘We find it a sign of the times that people can care so much about a piece of cloth, while at the same time be so quiet about black churches being burned all over the country.

‘We do not believe the ideals of America are anything to be revered.’

‘So, we will burn the American flag, a symbol of oppression and genocide, and in the same action, dismantle our stunted, cynical expectations of what is possible in the world.’

What do you think? Ought one group be banned/discouraged from expressing a point of view that many would find unfathomable, and if we are to hold virtue of freedom of speech how far are we willing to protect individual’s rights to state their point of view?

Which is to wonder, should we learn to agree to disagree (which freedom of speech infers) with our neighbors even if some of us strongly condemn their beliefs and practices ….? 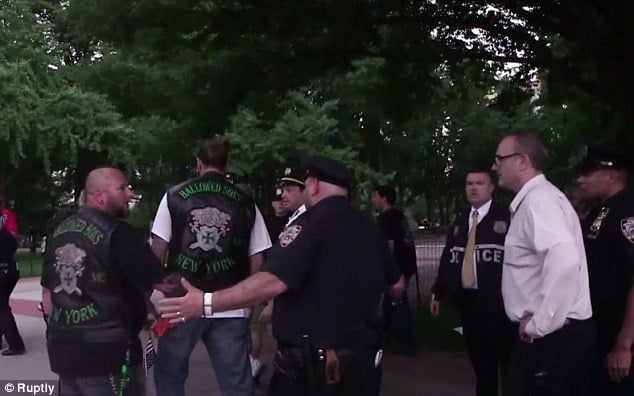 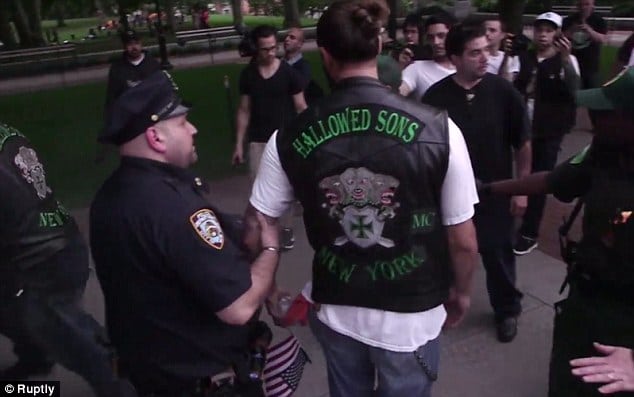 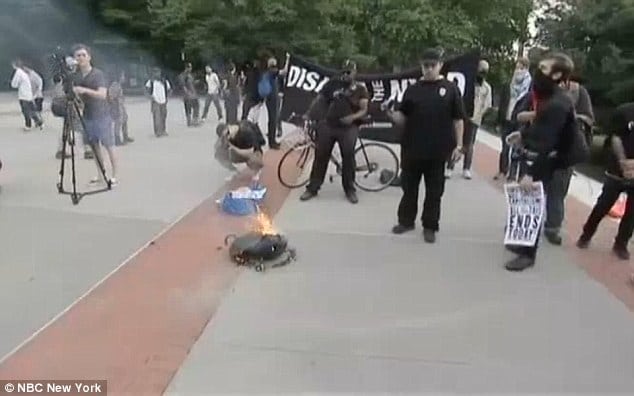