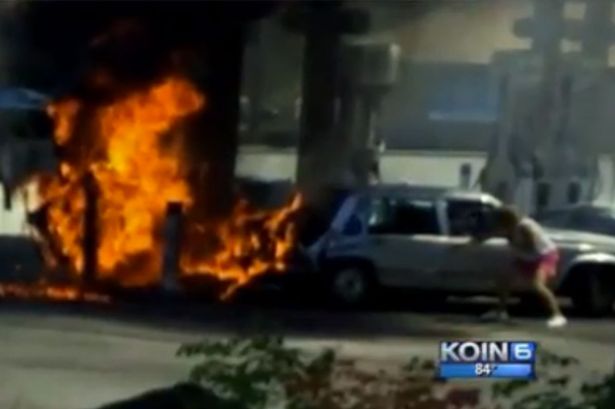 Phillipe Bittar a 19 year old Beaverton,Washington County, Oregon man has been hailed a hero after saving the life of a woman trapped inside a burning car at a Chevron gas station.

At the time the youth was on his way to grab some food with his brother when the noticed plumes of smoke and fire nearby.

Yet it wasn’t so much the flames that surprised Bitter, it was the crowd of people who had gathered to watch the ‘spectacle.’

Inside the burning car lay a woman trapped unable to get out, with little help offered by those who had gathered.

Told Bittar via kptv: ‘I wasn’t really thinking, I just saw her and knew I had to get her out of there before it gets worse,’

Onlookers like Joshua McCool said ‘there wasn’t a whole lot of people trying to get involved.’

That’s when Bittar took the situation into his own hands.

Reiterated the teen: ‘I told her hey I’m going to pull you out, get away from the window because I have to break it and she’s like okay.’

‘I punched it (the window), and then I reached in and I was like, this might hurt, but I have to pull her out as quickly as I could.’ ‘So I grabbed her by the shoulders and I kind of just picked her up and took her out and walked away.’

Upon successfully removing the woman from the vehicle, emergency crew took her to a nearby hospital.

Reacting to now being called a ‘hero,’ the youth said: ‘I just did what any person’s supposed to do.’

Fire crews later said in a statement that Bittar’s actions were nothing short of ‘heroic’. They said if he didn’t pull the woman out in time, she probably would not have survived.

Crews also said one of Chevron’s employees turned off the gas pump right away, preventing the fire from spreading.

Right now the cause of the fire is being investigated.

Bittar walked away with cuts from breaking the window while the woman suffered non-life threatening injuries from smoke inhalation.

Since the incident, commentators on the web have debated why bystanders declined to rescue the woman, their moral obligation to do so, the notion of putting one’s life at risk for others, particularly strangers and whether bystanders exercised a lack of decorum by choosing to film the woman’s burning car as opposed to attempting to help her.

Here are some comments that caught my eye, see what you think?

the bystanders were scared of the gas pump engulfed in flames perhaps about to erupt into a fireball.

I don’t think people were videoing with internet fame in mind, but more of a, “I want to remember this crazy incident,” mentality. That still doesn’t excuse you sitting there and watching someone burn alive. Disgusting.

This might make me a really terrible person, but I’m pretty sure I wouldn’t be rescuing this woman, but I also wouldn’t be filming the whole thing. I’d be running far away because I don’t know where petrol is in gas pumps, for all I know she might have been seconds away from an explosion. The truth is I don’t think the average person would have gone to her, which makes this guy’s actions more heroic. 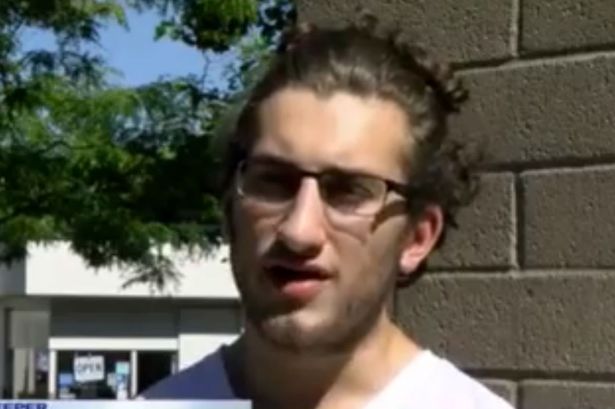 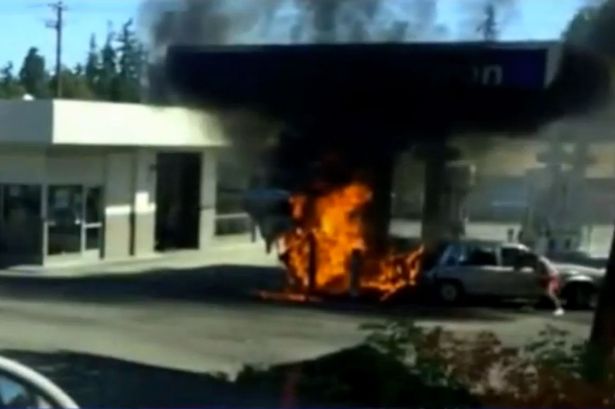 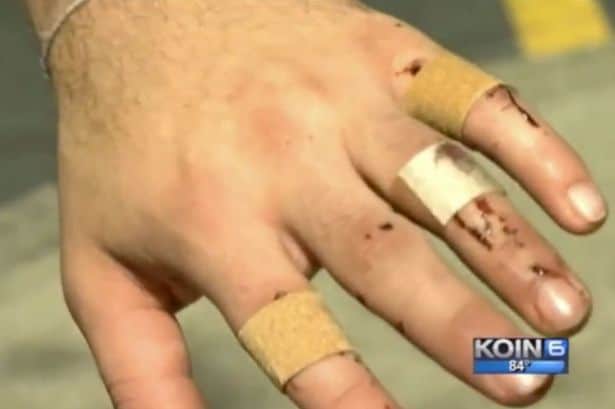