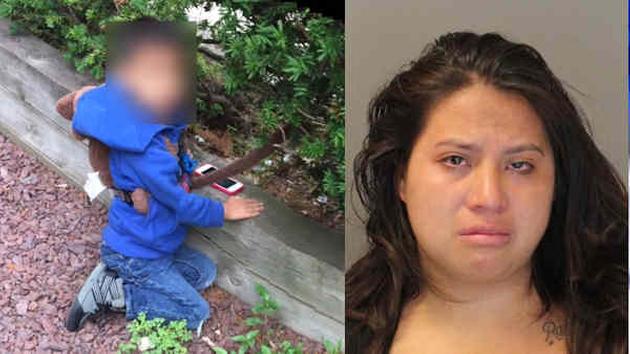 Mery Isabel Quinde-Castro a 22 year old Rockland, NY mother has been charged with child endangerment after tethering her 4 year old son on a dog leash whilst working on a bush outside her condominium home.

The woman’s arrest came after ‘concerned neighbors’ called authorities after noticing the woman’s son wearing a ‘monkey backpack’ whilst knotted to the bush.

At the time the mother left the child outside whilst she went inside to tend to a baby sitting job.

Witnesses claimed the son was left outdoors for more than half an hour, whilst the mother insisted it was no more than ten minutes.

Offered Spring Valley Police Chief Paul Modica via WABC: ‘The mother is saying that the child was only tied out there for about 10 minutes,’

‘Regardless, 10 minutes or 10 seconds, our investigation is leaning closer to more than a half hour, 45 minutes that that child was out there.’

Said Detective Robert Bookstein: ‘Putting the child in that position puts the child at risk of bodily harm and mental anguish,’

‘The child could have possibly been kidnapped or killed.’

In her defense the mother told she had no choice, as she could not see her son from inside the apartment, about 200 feet away told Modica.

Residents spotted the child running around the complex last week and Modica said Quinde-Castro couldn’t handle her ‘rambunctious son who didn’t want to go inside.’

Since the mother’s arrest, the child has been turned over to a relative.

Quinde-Castro has since been freed on $2,500 bail. 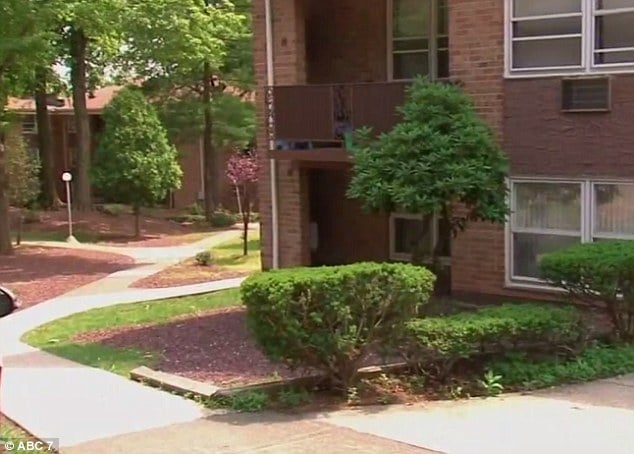 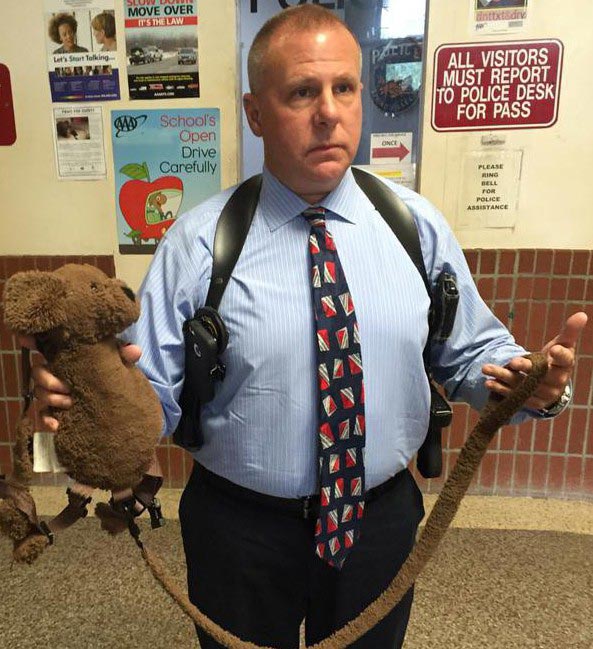