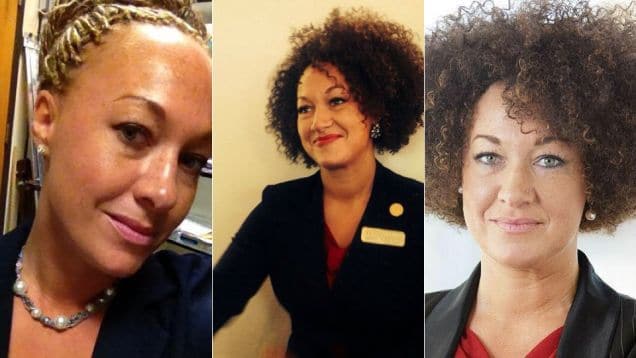 Rachel Dolezal the embittered Spokane, Washington president of the National Association for the Advancement of Colored People (NAACP) has this Monday morning quit from her post.

Wrote the woman had been playing at being black for close to a decade in her resignation statement: ‘In the eye of this current storm, I can see that a separation of family and organizational outcomes is in the best interest of the NAACP,’

‘It is with complete allegiance to the cause of racial and social justice and the NAACP that I step aside from the Presidency and pass the baton to my Vice President, Naima Quarles-Burnley,’

Adding: ‘This is not me quitting; this is a continuum.’

Dolezal, a part time professor in the Africana Studies program at Eastern Washington University, came under fire after her parents revealed last week that she was pretending to be a black woman.

On Monday, her parents accused their daughter of telling lies and attempting to ‘destroy her biological family.’

Told the woman’s mother, Ruthanne Dolezal, via ABC’s ‘Good Morning America.’: ‘She was obviously misrepresenting herself,’

‘We did not pursue exposing her. It was only after the press came to us that we were willing to answer their questions.’

In her statement, Dolezal avoids directly addressing why she identified as black, Native American and white in a government form. That said the activist claims many have opined without knowing the full story, declining to offer more details.

A report from the washingtonpost would note the activist claiming receiving hate mail at the NAACP’s post office box in Spokane. At present it is not necessarily understood what influenced Dolezal’s decision to resign effective today and whether longer forthcoming statements will be offered as to why she continued to pay at her ruse?

This morning’s statement comes after Dolezal yesterday announced that she was postponing a press conference initially scheduled for Monday morning. 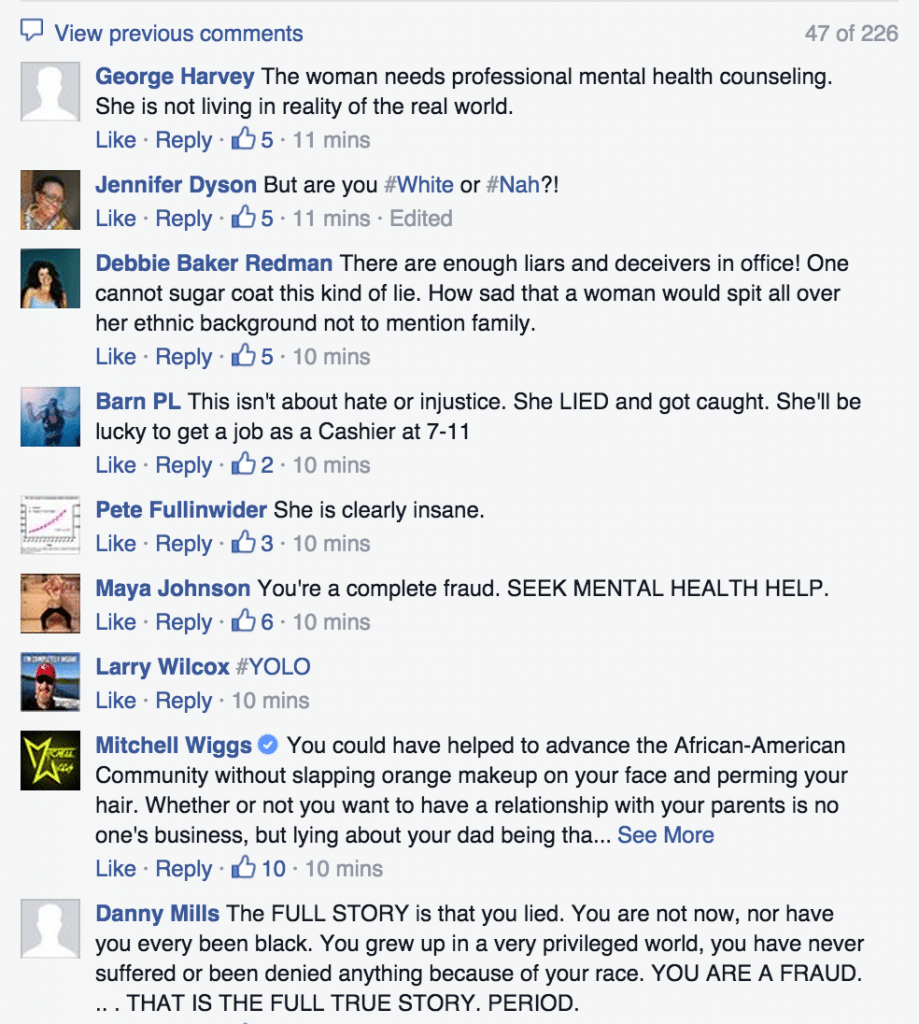 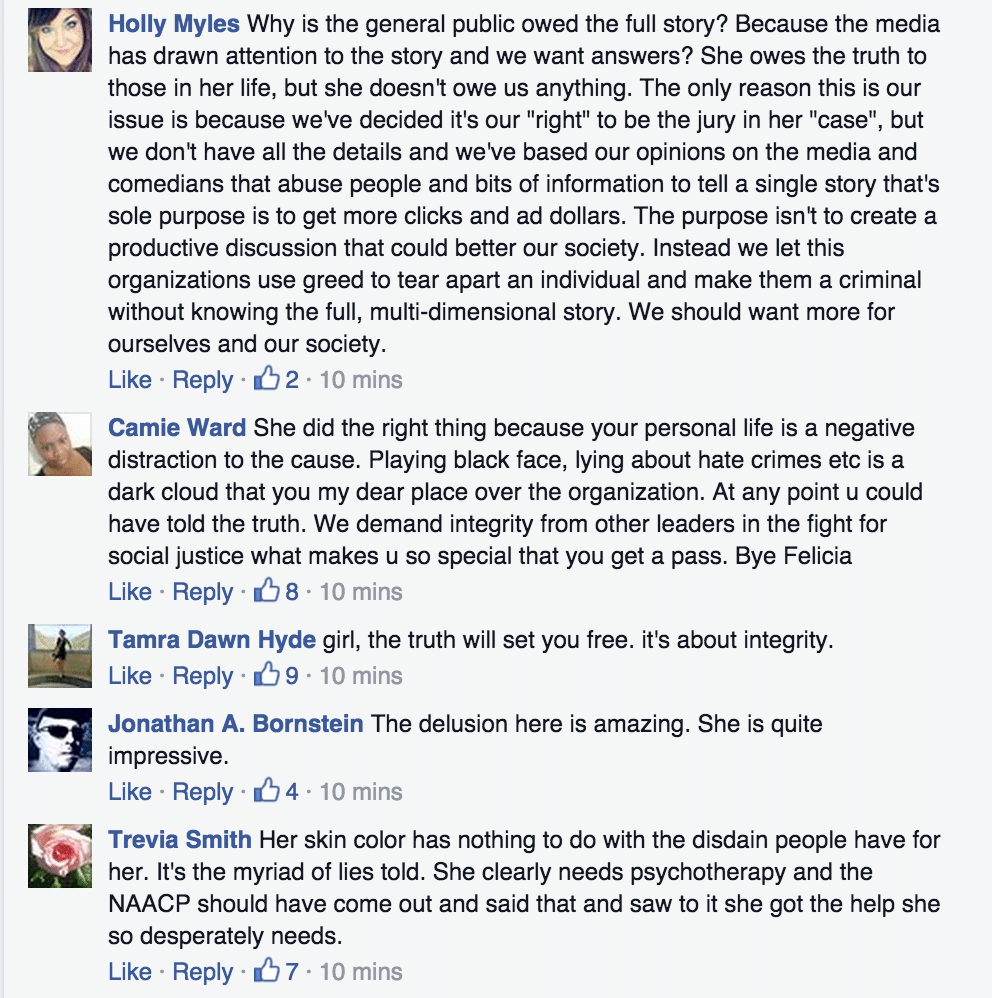 And then there were these comments on the web that made me wonder as well, see what you think?

Her racial identity was a hoax. Her black father coming to speak at the NAACP was a hoax. But no one dares question all of her alleged hate crimes? This is the issue. She is a hate crime fraudster who targets innocent white people and white society at large! She should not have the opportunity to “step down” on her own terms! She should be under investigation for her elaborate fraud! Of course the NAACP is complicit in all this as they stand behind her still.

Once again, this pathological liar is delusional and clever at the same time. This is not me quitting ok stepping down, resigning or quitting that is just semantics. These people create their own reality her parents even called her out and said she is a liar and she tried to portray herself as black. Now honestly, I don’t care much about the NAACP and honestly I think it would benefit them if they have different colored faces representing them but I can see why African Americans are upset. This woman lied about her ethnicity to get her position,

Have we not learned anything from such heroes as Bruce Jenner and Michael Jackson? Anyone can be anything they want; all you have to do is declare it and put the prefix “Trans” in front of it. Everyone needs to stop cyber bullying this poor woman. So what if this lady isn’t satisfied with who (or what) she was born as, this lady can be any race she wants. It’s called being “transracial” she is completely normal and should be given her own reality show, just like Bruce Gender/Kartrashion.

What double standards people have in this country, it’s okay for a man to say he is a woman or a woman to claim herself as a man (which is just gross), but not for someone to identify more with a different race? What a load of #$%$! But if she would have been honest about her race from the start when given that position, I would not have seen a problem, but she was offered it based on a lie and that never ends well.