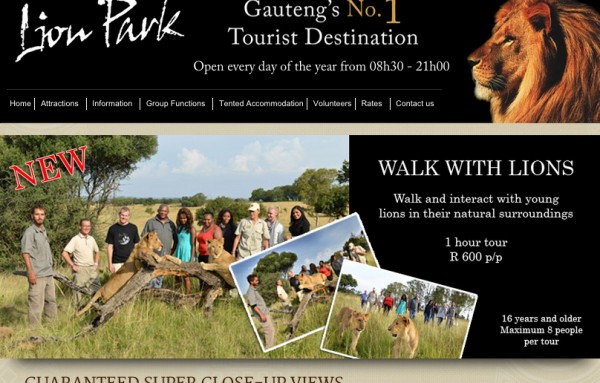 A 22 year old American female tourist has been mauled to her death and her male co passenger seriously injured after she came to be pulled through a car window by a lion at animal safari park, Gauteng Lion Park near Johannesburg, South Africa.

At the time of the incident, the two were traveling with the passenger window open when the lion attacked the woman who was sitting by the passenger side.

According to park officials a male passenger, the tour guide came to be injured after attempting to save the life of the 22 year old woman from the lion’s jaws.

It’s believed the attack came after the tourist had sought to take ‘better pictures’ choosing to leave her passenger window open.

Whether the tour guide had discouraged the woman from opening her window is not necessarily understood, given the many park warnings which strenuously warn against such actions.

Offered assistant parks operations manager Scott Simpson: ‘We don’t know exactly what happened, we do know that there was a car driving to the lion camp and the lion did come through the window and it did bite the lady.

‘Unfortunately the ambulance arrived quite soon but the lady has passed away.’

Scott Simpson would reiterate visitors are warned not to leave their windows open to avoid incidents like the latest tragedy.

He told ENCA: ‘We make it so clear. We put signage up everywhere that people must keep their windows closed. We hand them a slip of paper when they enter the park, I really don’t understand why people think its okay to leave windows open,’

He added that the park takes safety seriously.

Park officials tell that that they have since identified the lion responsible for the attack and confirmed that they’ve put her in a separate enclosure but say there are no plans as yet to destroy the animal.

The park popular with locals and tourists alike has more than 85 lions, including rare white lions, and a variety of other animals, including giraffes and ostriches.

According to its website, Lion Park guarantees ‘super close-up animal views’ but it does order visitors to keep their car windows shut

The park has previously come under fire for allowing visitors to pet lion cubs.

It was also recently accused of breeding lions for ‘, a charge it refutes.

The park claims to be in Newsweek’s top 100 tourist destinations in the world and in ratings site TripAdvisor’s Hall of Fame, and boasts ‘guaranteed super-close up views’ on its website.

Whilst the park advises tourists to keep car windows there was one recent incident where a lion was able to open a car door (see below), which raises the question if banning tourists from the lion’s habitat might be the more sensible and life saving option? Notwithstanding the potential of lost revenue if such policy was enacted.

The incident is the third attack at the park in the last four months. 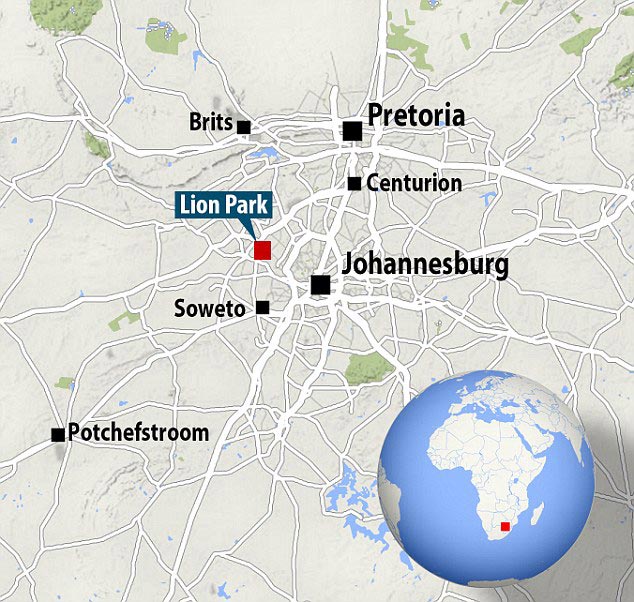